We didn't make as much as we had intended.  I had actually intended for each of the children to receive a sweater or cardigan from me, and I ended up giving them to the kids early, so that they could get the most wear out of them (actually, I am still working on Adrian's).  I posted about the other knitted gifts I made on Wednesday.

Each of the kids got one of the cutlasses we sell in our Etsy shop, except for Dominic, who had already received one for his Pirate Birthday back in August. 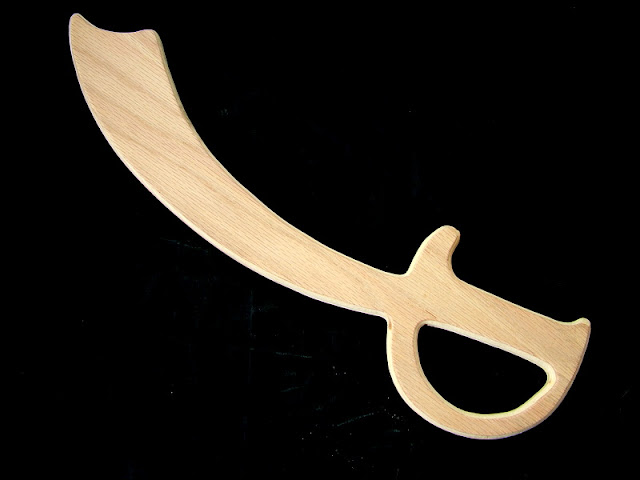 Bret and I collaborated on Gemma's doll bed.  I designed it, basing the design on several I had seen and liked. Bret made it, and I sewed up the European-style bedding, with the big, square, fluffy pillows we had in Germany.  The cover was actually made from an old feather bed cover from my grandparents.  And the bed perfectly matches the highchair Bret made for Gemma's birthday. 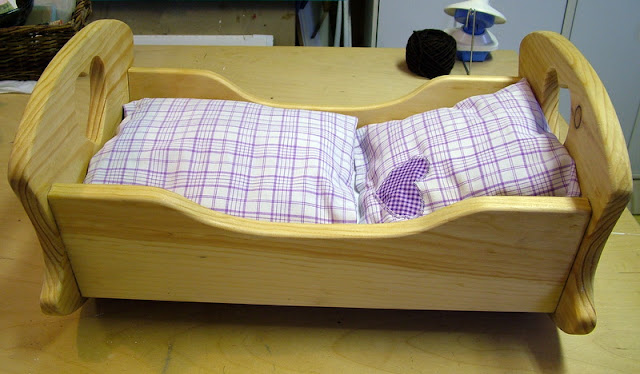 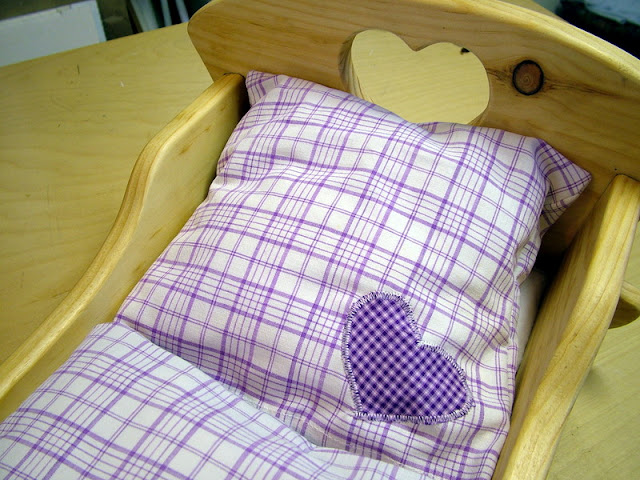 I had wanted to make her favorite baby doll a wardrobe, but alas, I only managed two flannel nightgowns, cut from old, flannel baby blankets. 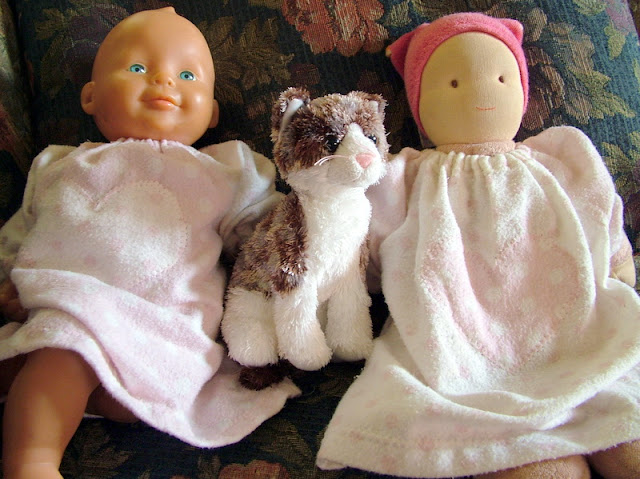 Anyway, that's it for what we made this Christmas!  I already have a few ideas for next Christmas, though...! 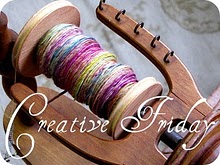