A pirate birthday for Dominic

It was a lot of work, but I am so pleased with the way Dominic's fifth birthday came off.  He is so happy with his gifts, and almost all of them were handmade by us.

Dressing up is still Dominic's favorite activity, and frequently he likes to play at being a pirate.  I was inspired by this set from Nova Natural (my favorite catalog for inspiration!). 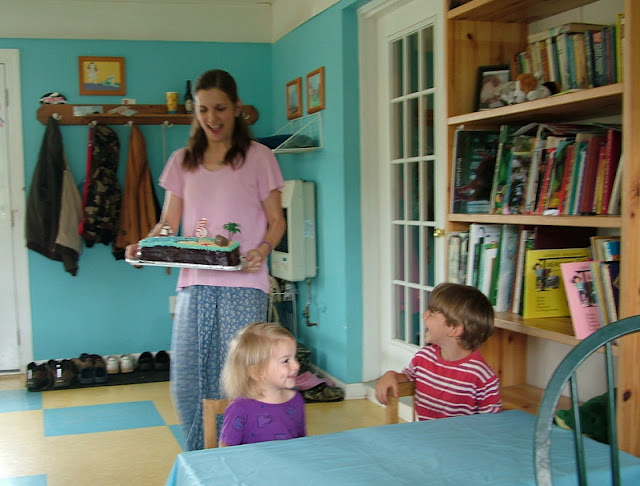 We set up in our learning room again, as the lighting is so much better in there.  The birthday boy was so excited (this is my hyper-active child) that he could barely contain himself. 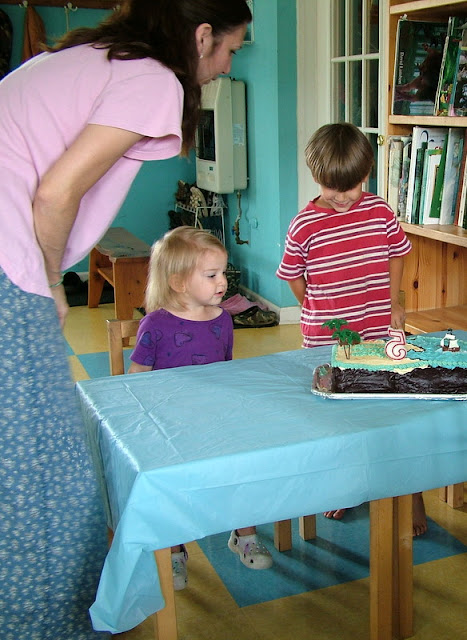 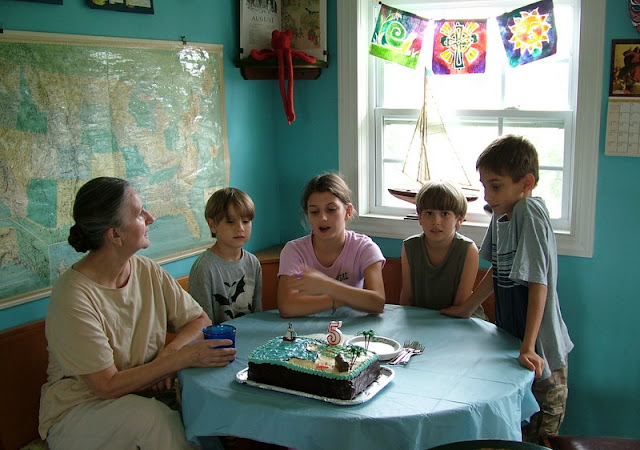 My mom came by to help us celebrate. 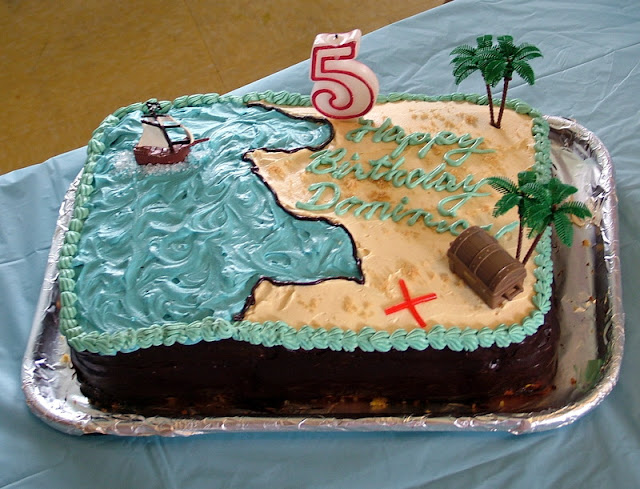 The pirate-themed cake.  This is the third pirate cake I have done, each one different.  It helps to scan Google Images for ideas... 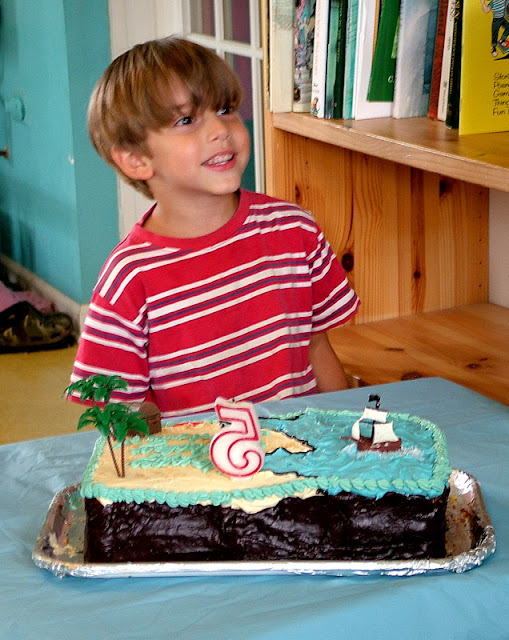 A very happy Dominic.  I took loads of photos of him opening his gifts, but they just were blurs.  Dominic was bouncing up and down and I didn't get any decent shots.  But I had the good sense to take photos of the handmade gifts before wrapping them. 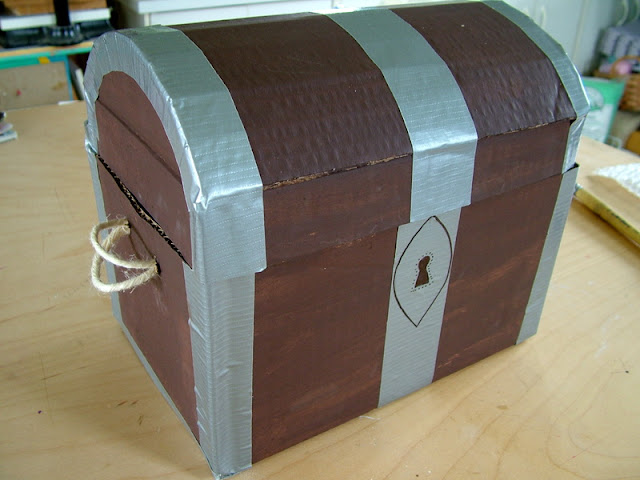 Several of the gifts were presented to him in this treasure chest I made from a box (tutorial coming sometime soon).  It is merely cardboard and just meant as a gift box.  I will be surprised if it lasts a week in this house. 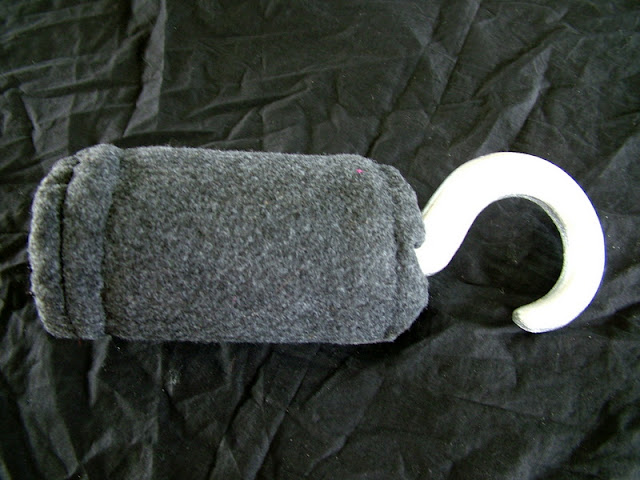 Bret made the plywood hook, and I made the felt cuff for it.  Inside, holding the hook in, is a disk of wood with a loop of cord which Dominic can hold onto.  There is elastic at the wrist end. 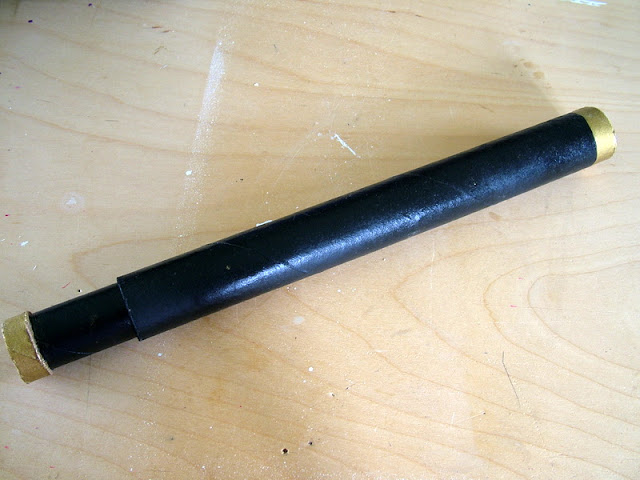 This is Una's gift, and it is very, very popular with the boys (they all want one).  It is a telescope made from some sturdy cardboard tubes.  Another tutorial coming up for this one. 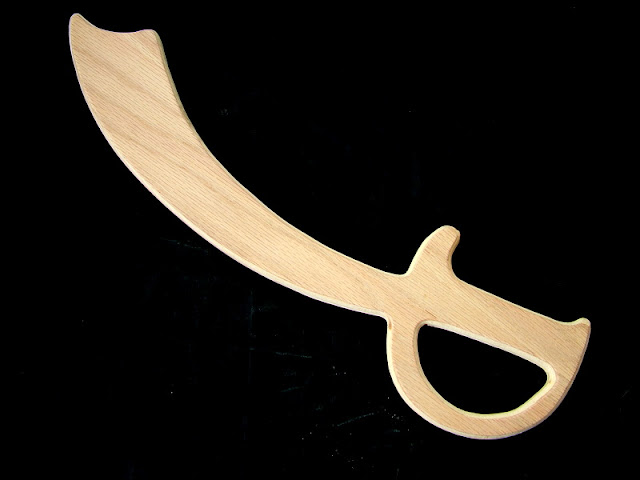 This is the oak plywood cutlass, unfinished, as they are available in our Etsy shop.  For Dominic, we spray-painted the blade silver and stained the handle. 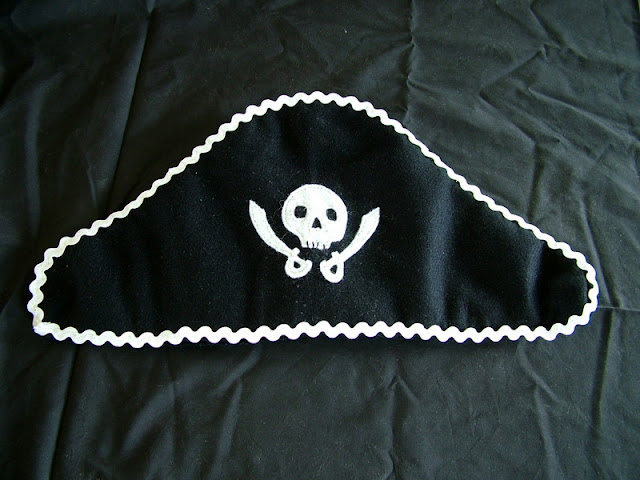 The hat was a bit of a pain.  The front and back were each of two layers of felt plus one of interfacing for stability.  I had to blanket stitch the edges in order to bring all six layers together after sewing them up.  I covered that in front with the rick rack. 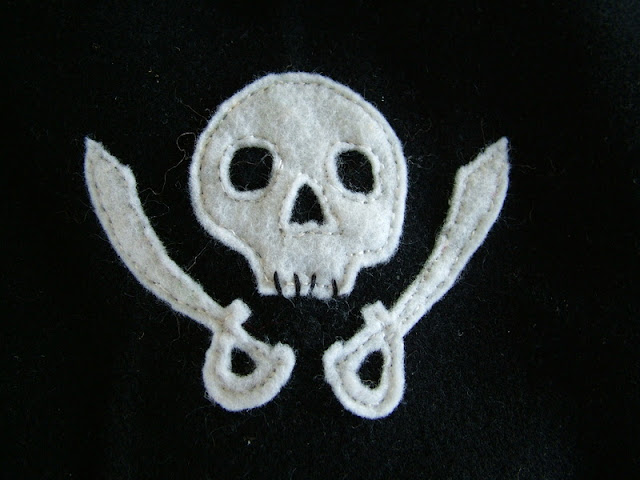 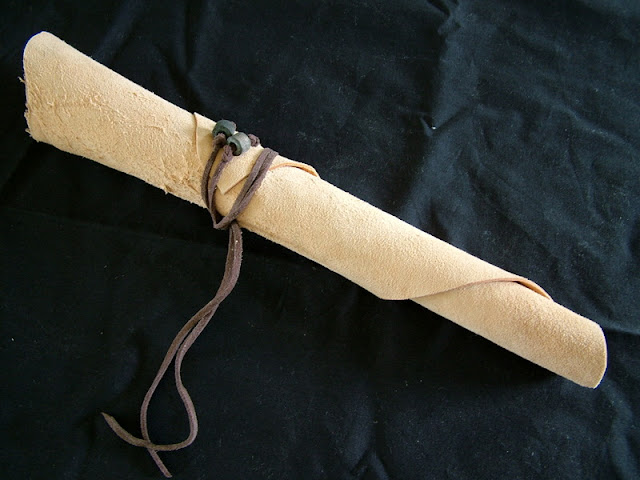 Here is another thing all the boys are begging for:: the treasure map.  As a bookbinder who has been on a very, very long hiatus, I have numerous scraps of bookbinding leather about.  I figured it would be more durable than anything else. 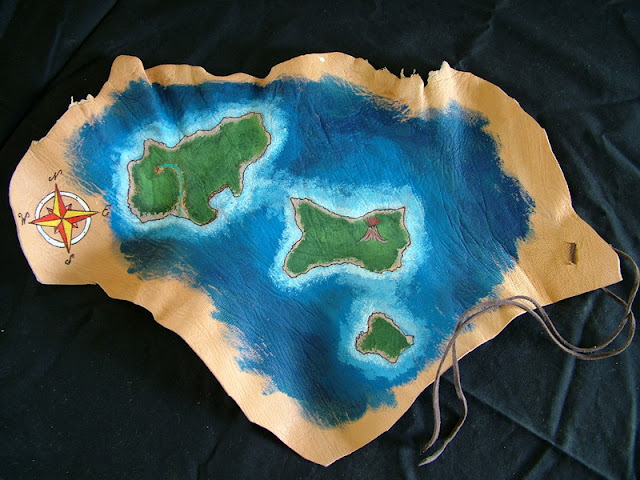 I used acrylic paints and a finepoint Sharpey marker for the map.

Not shown in this post is the eye patch I made (just three layers of felt and elastic), this really neat pistol I ordered for him (which was his Oma's gift to him), the matchbox cars from Sebastian, a Sacajawea dollar coin which Adrian gave him--so generous of him, as he had only two), a pirate drawing his grandpa did for him during his visit, which I framed and hung by his bed, and, because this tough old sea dog still loves to cuddle, a stuffed Tigger, which Dominic loves (and he tells me that his beloved Pooh does, too!) and some sticker books from his aunt. 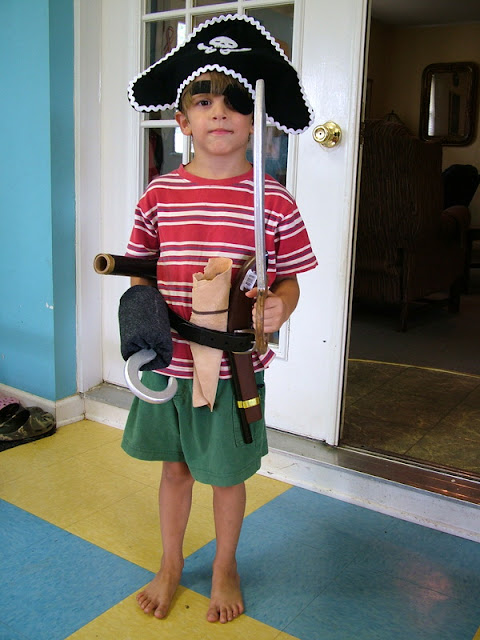 Way too much gear.
The boys played pirates, watched Peter Pan, and then played some more.  It was very loud.  There was a lot of "bloody" this and "bloody" that.  Even pirates can have too much of a good thing. 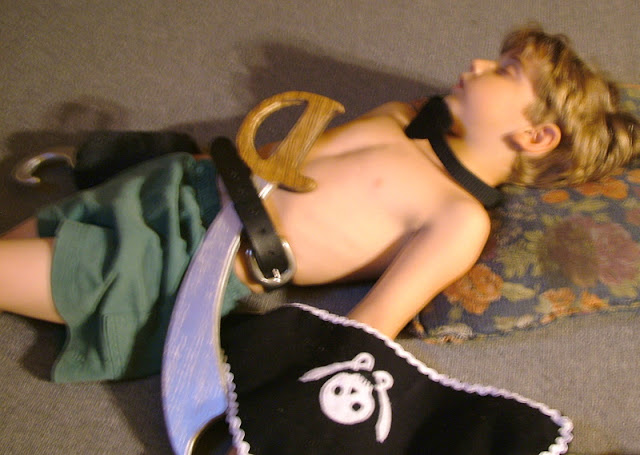 But first thing this morning, he was up (first one up after me) and gearing up again.  It has been so satisfying to see him loving his gifts, and knowing that we produced them ourselves.  Being financially pinched has spurred us on to be more creative.  If necessity is the mother of invention, perhaps poverty is the mother of inspiration!
If you enjoy seeing the creative endeavors of others, I suggest you stop by Natural Suburbia for Creative Friday.  There are always wonderful things to be seen!