You will have to bear with me and my way-too-many photos, but this is the last time I will have a two year-old's birthday to celebrate.  It is a bittersweet feeling.
The party was meant to be an after-nap-time affair, but Bret took longer getting back from a job than he thought he would, and we ended up having birthday cake for dinner and snacking around in the evening. 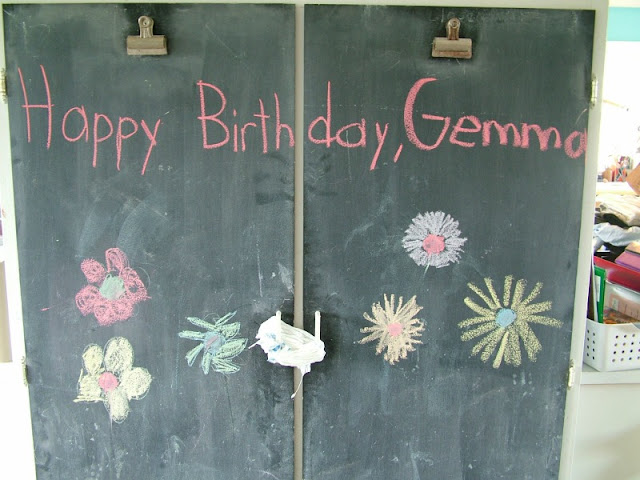 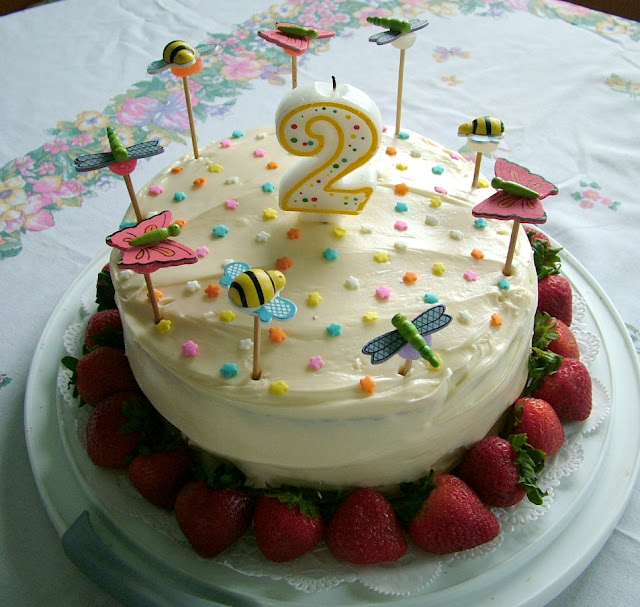 A three-layer carrot cake with cream cheese frosting.  I reduced the sugar by a quarter and it was still too sweet for my taste, but the majority found it quite good. 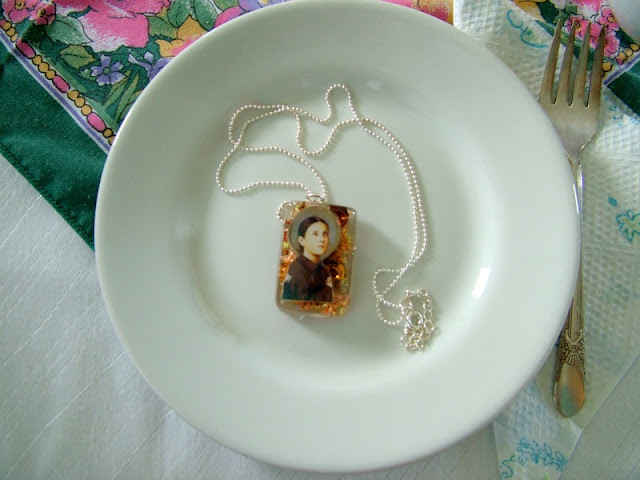 A special gift from a special friend--a St. Gemma Galgani pendant and chain. 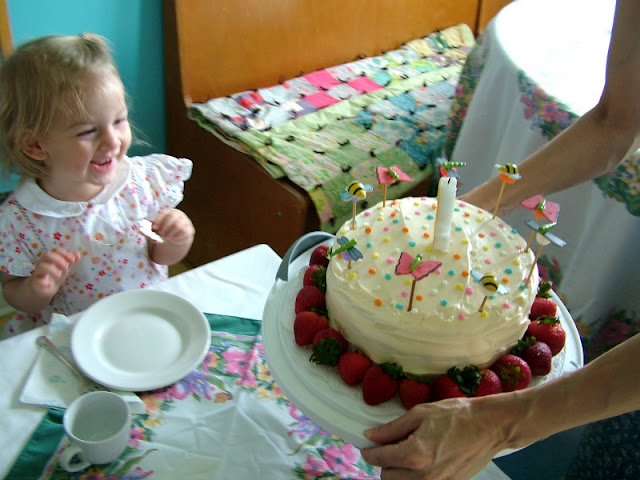 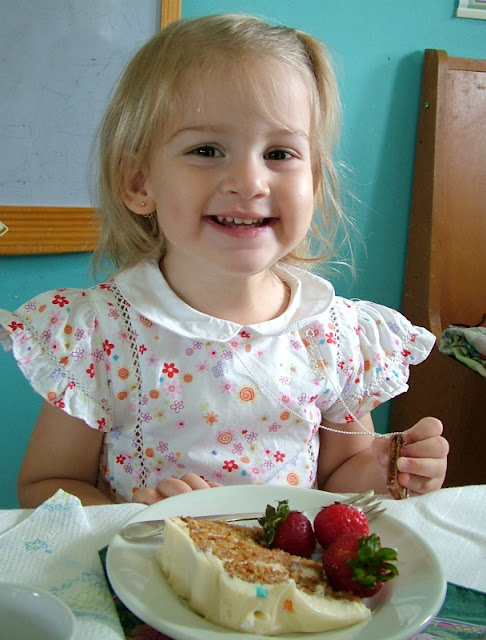 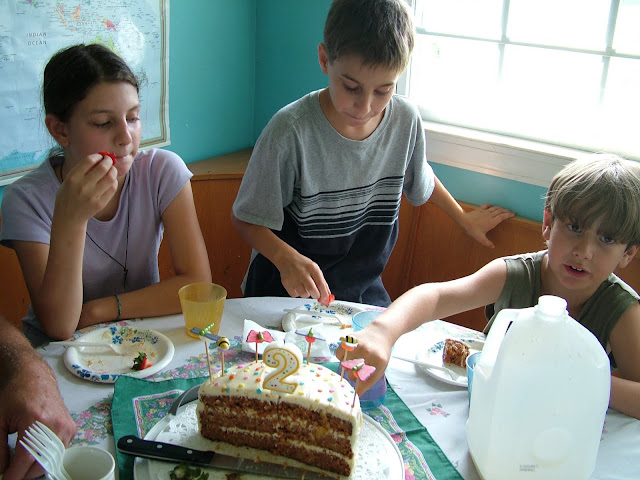 We celebrated in the school room because my camera takes lousy indoor shots when the lighting is poor.  The schoolroom and adjoining workroom are the only rooms with plenty of windows. 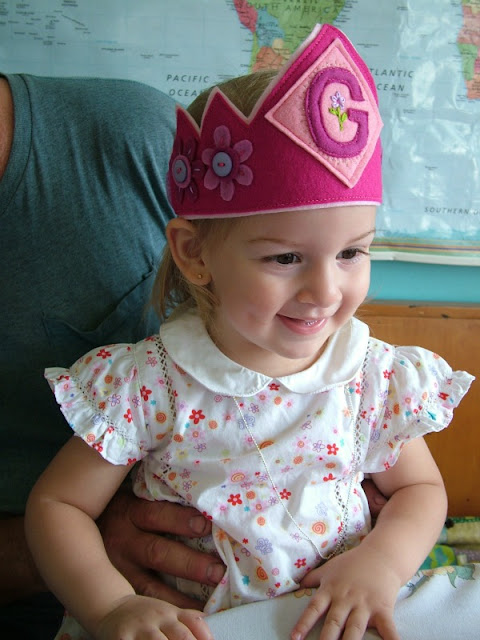 We had Gemma open her birthday crown first.  She wore it until bedtime.  I think I will make her a crown for play, and put this one away for special celebrations. 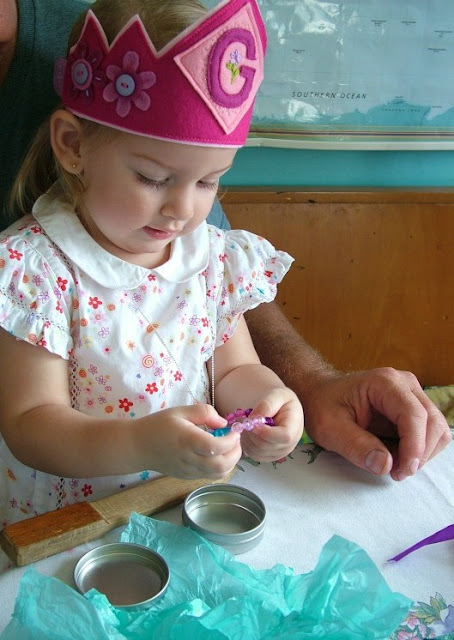 A bracelet made by Adrian. 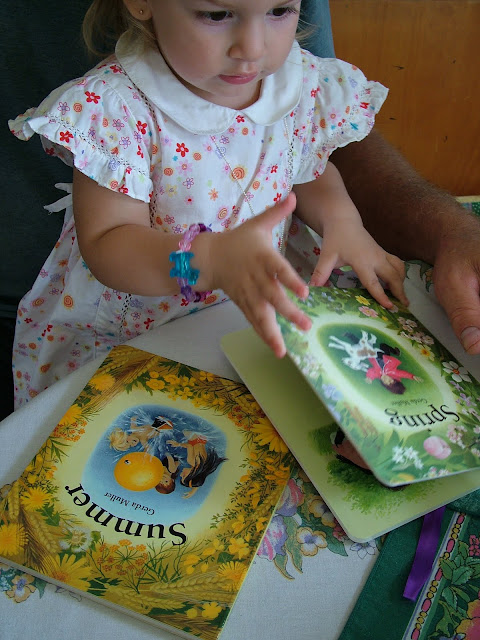 Some new board books. 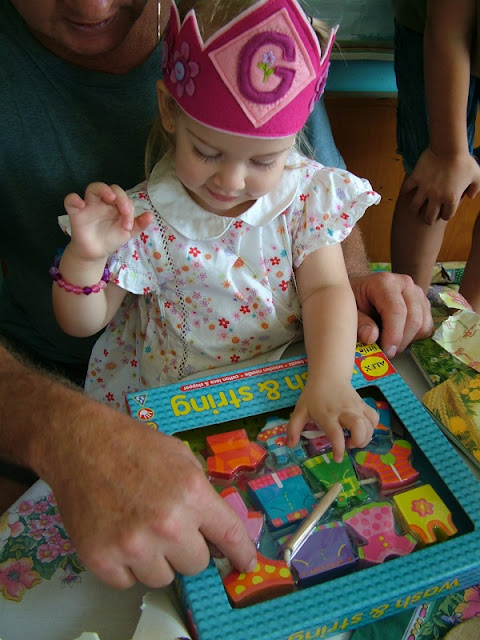 A wonderful gift from her aunt, wooden lacing beads.  She played with these while we prayed the rosary in the evening, at least when she and Dominic weren't fighting over them. 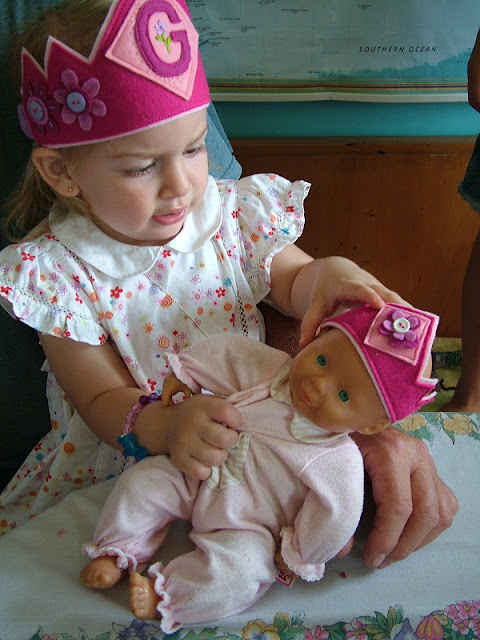 Her favorite gift:  Una's old doll, Abbie Rose (named for a little--well, she's big now--girl we knew when we lived in Charlotte).  Gemma really didn't like the baby's matching crown until she saw herself with the baby in the mirror.  I think I'll be making some doll clothes for Christmas... 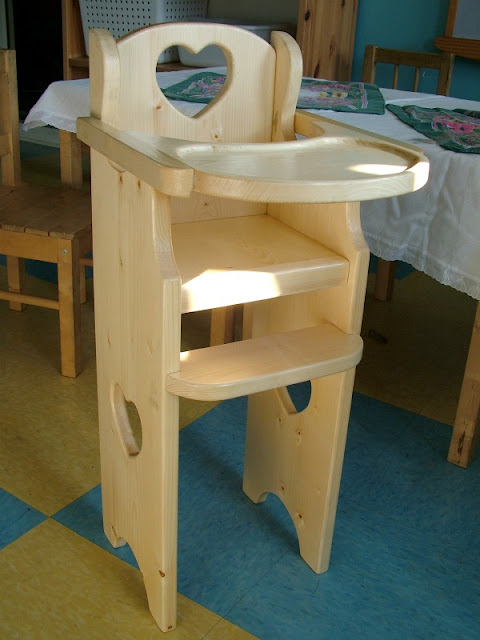 Her main gift was this high chair
Bret made of pine. 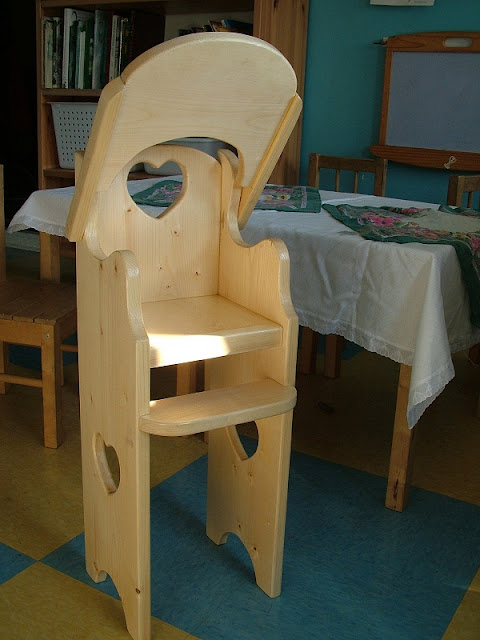 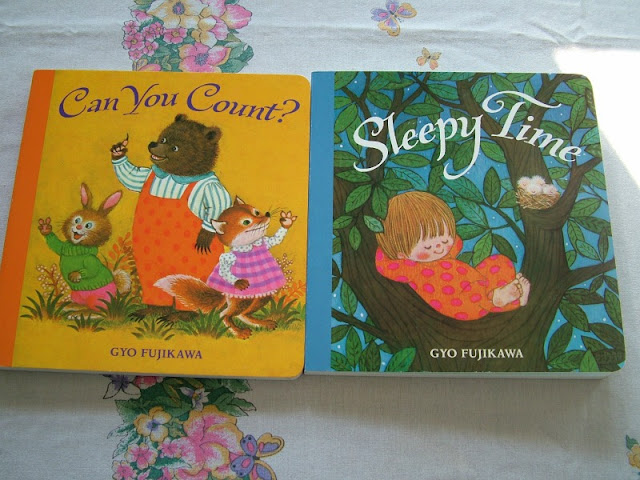 These are two more books she received, because she really loves her books.  When Dominic was two, he was still chewing the corners off the books, like a puppy.  Dominic.  Domini Canus.  God's dog. 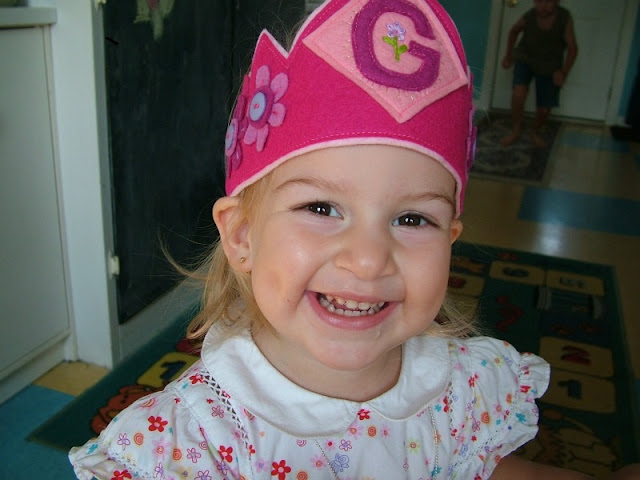 It was a good birthday.


And just in case you haven't seen enough of this girl, here are posts about her home-birth and about her first birthday.
Posted by Nadja