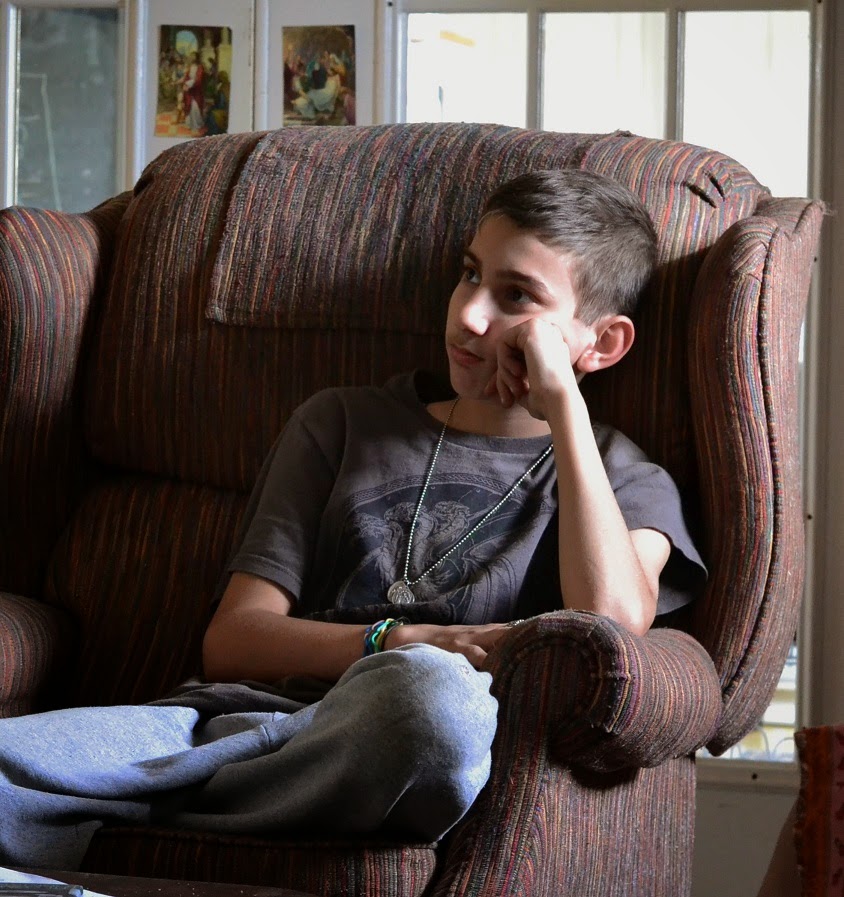 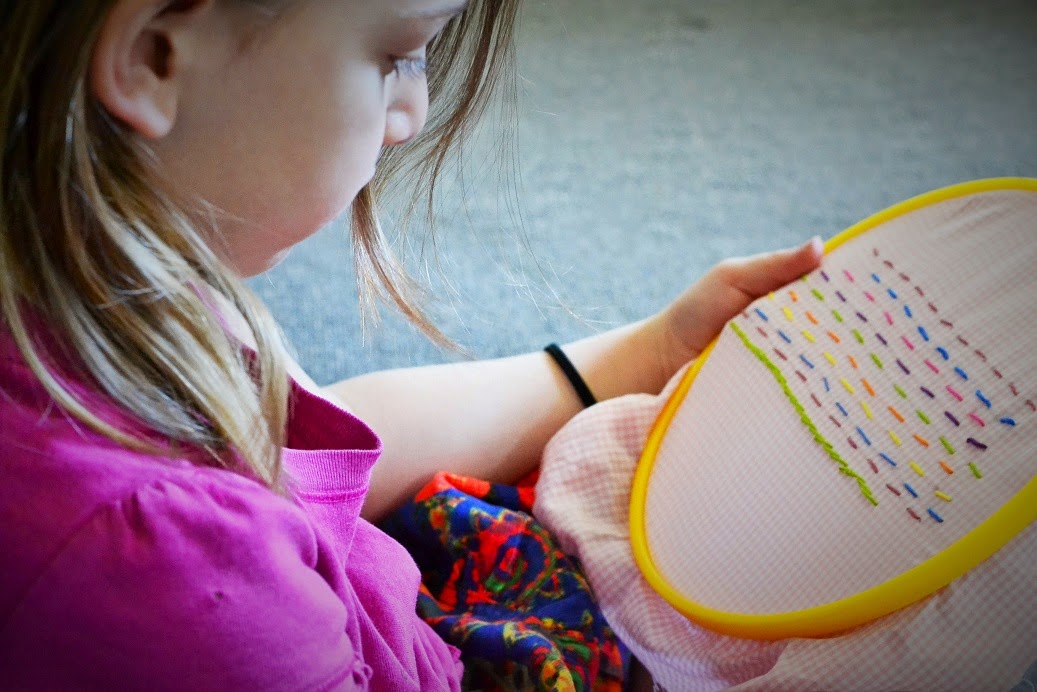 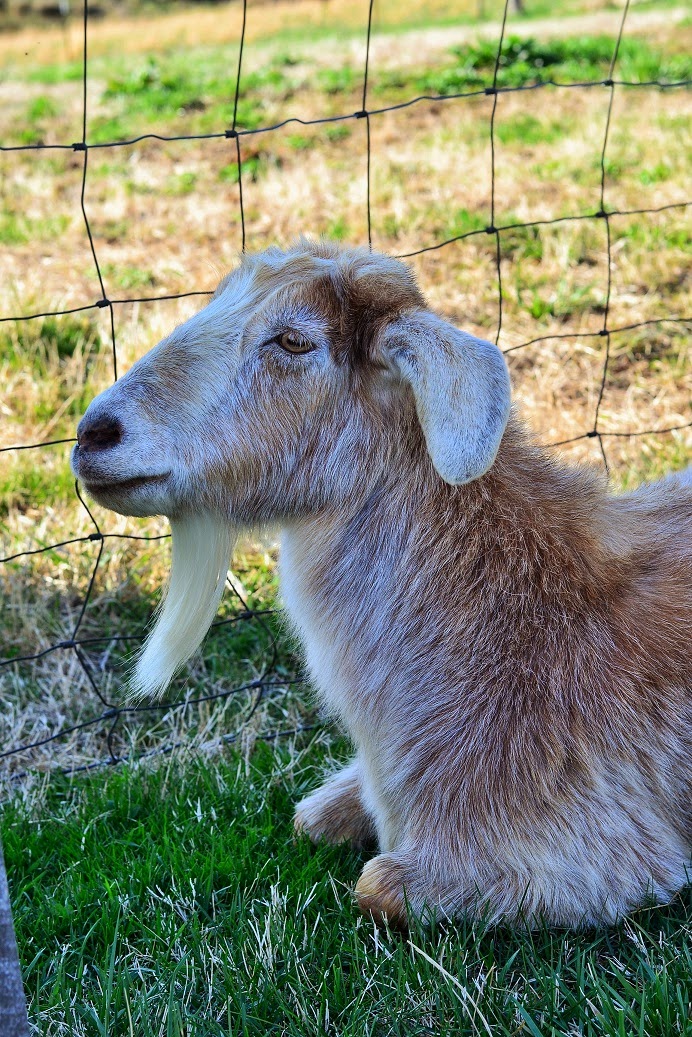 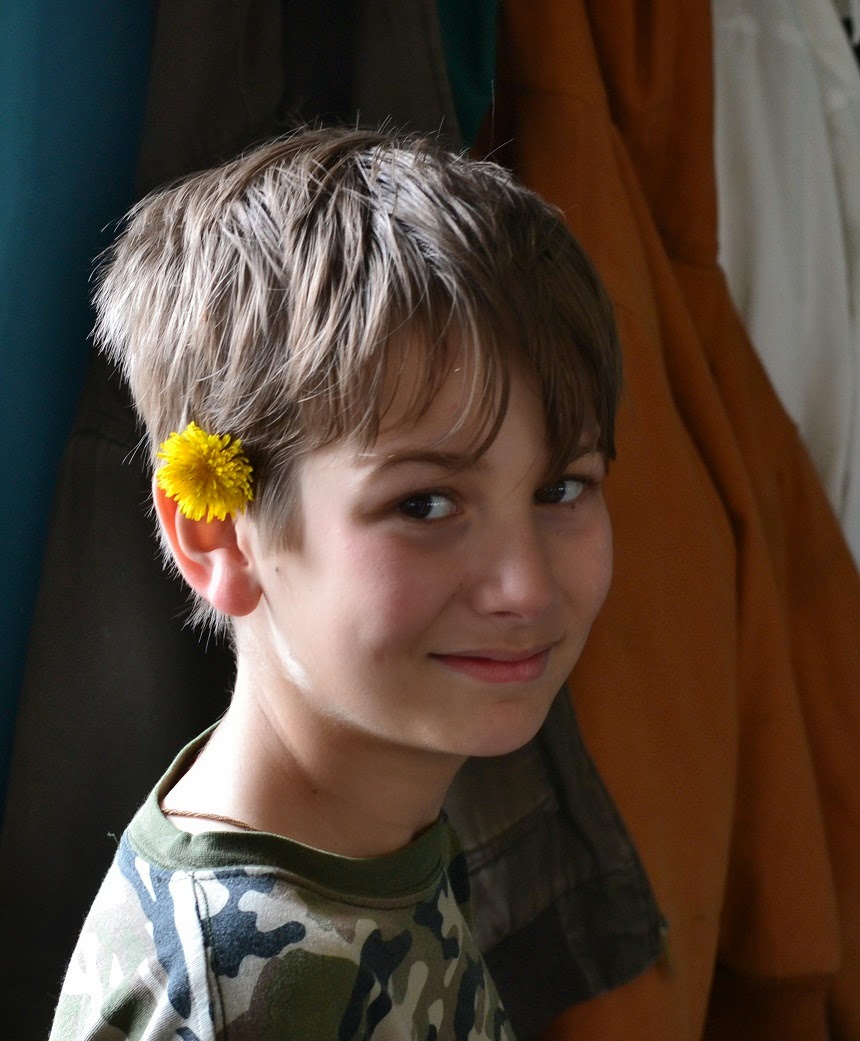 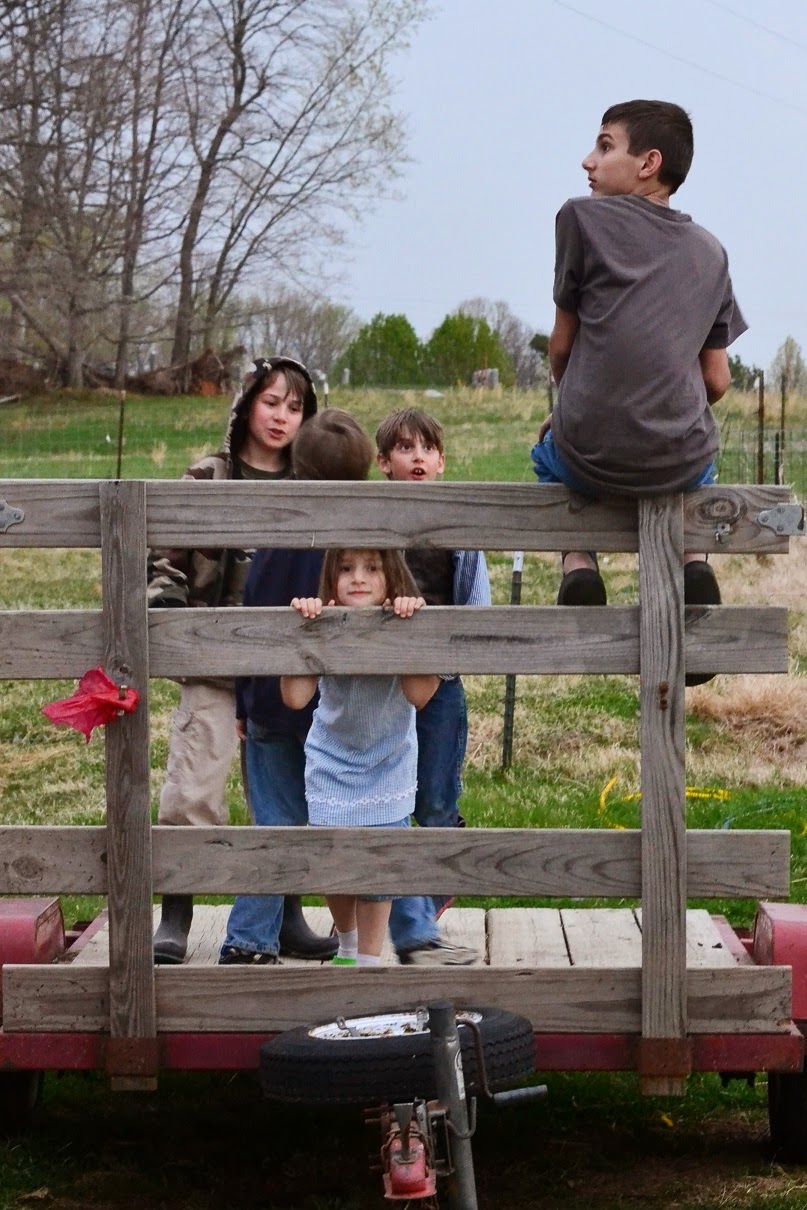 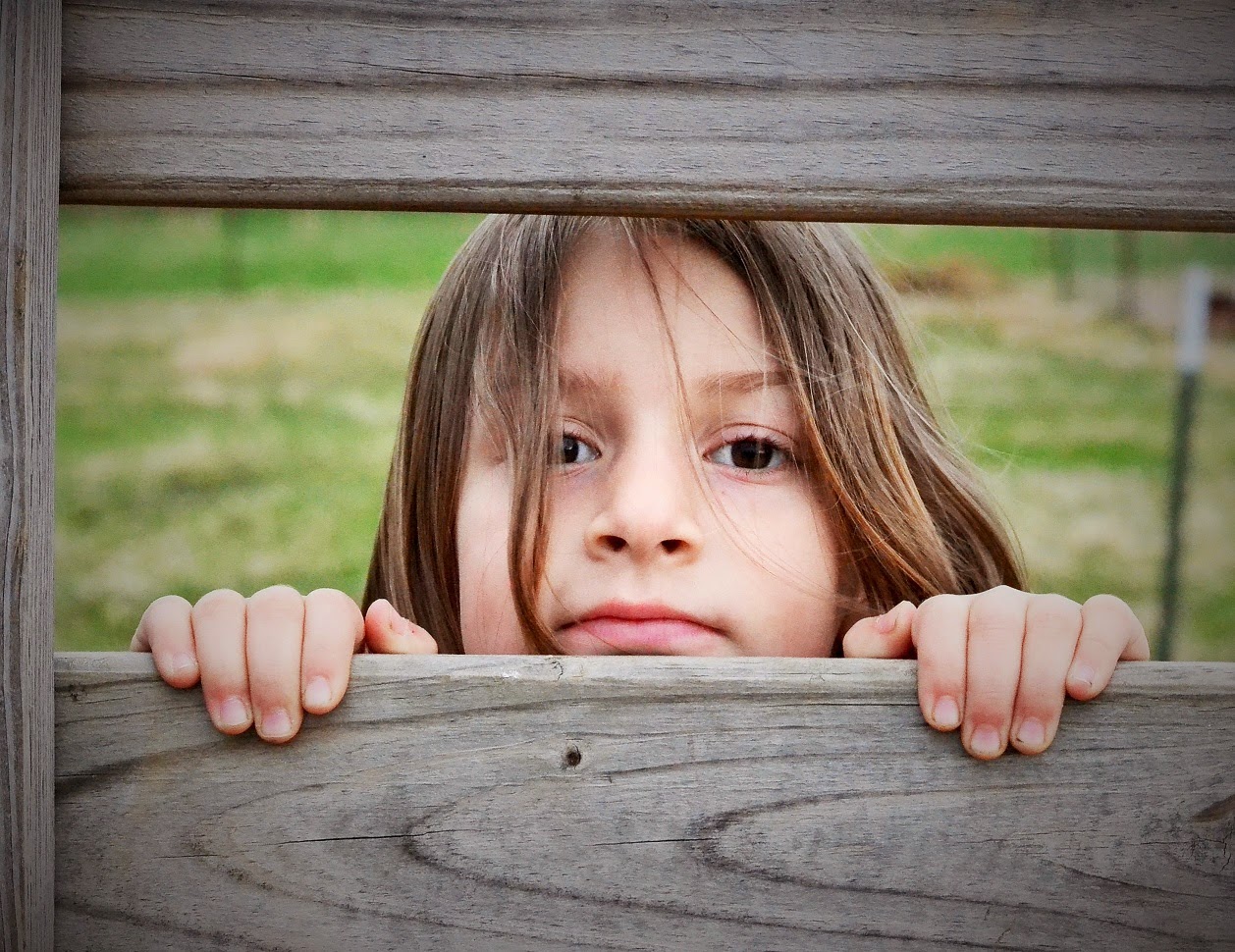 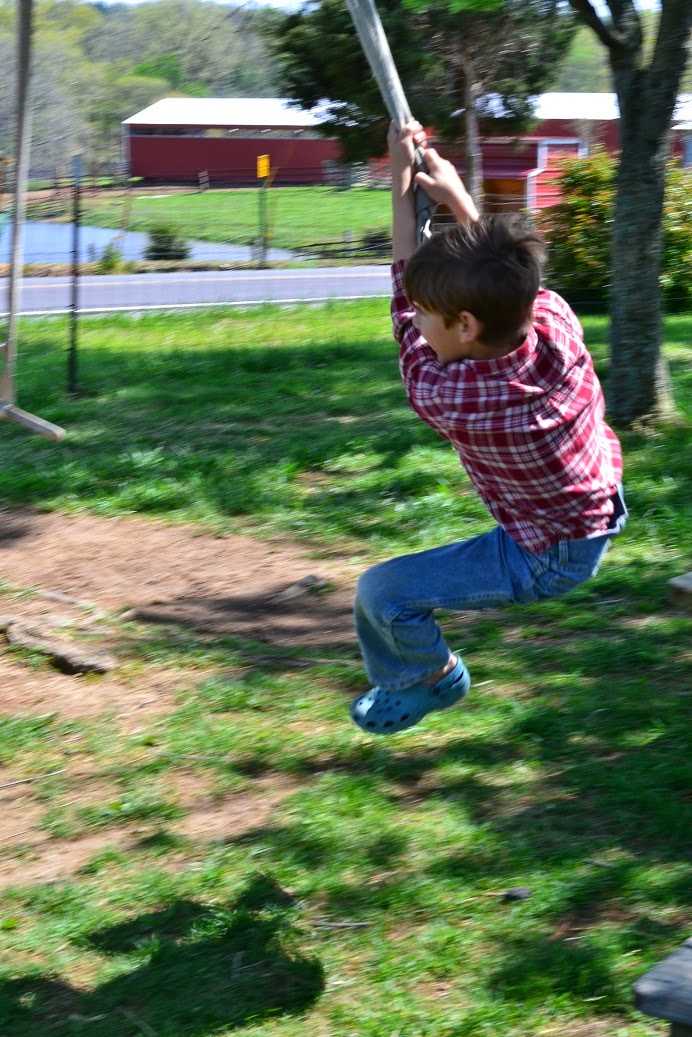 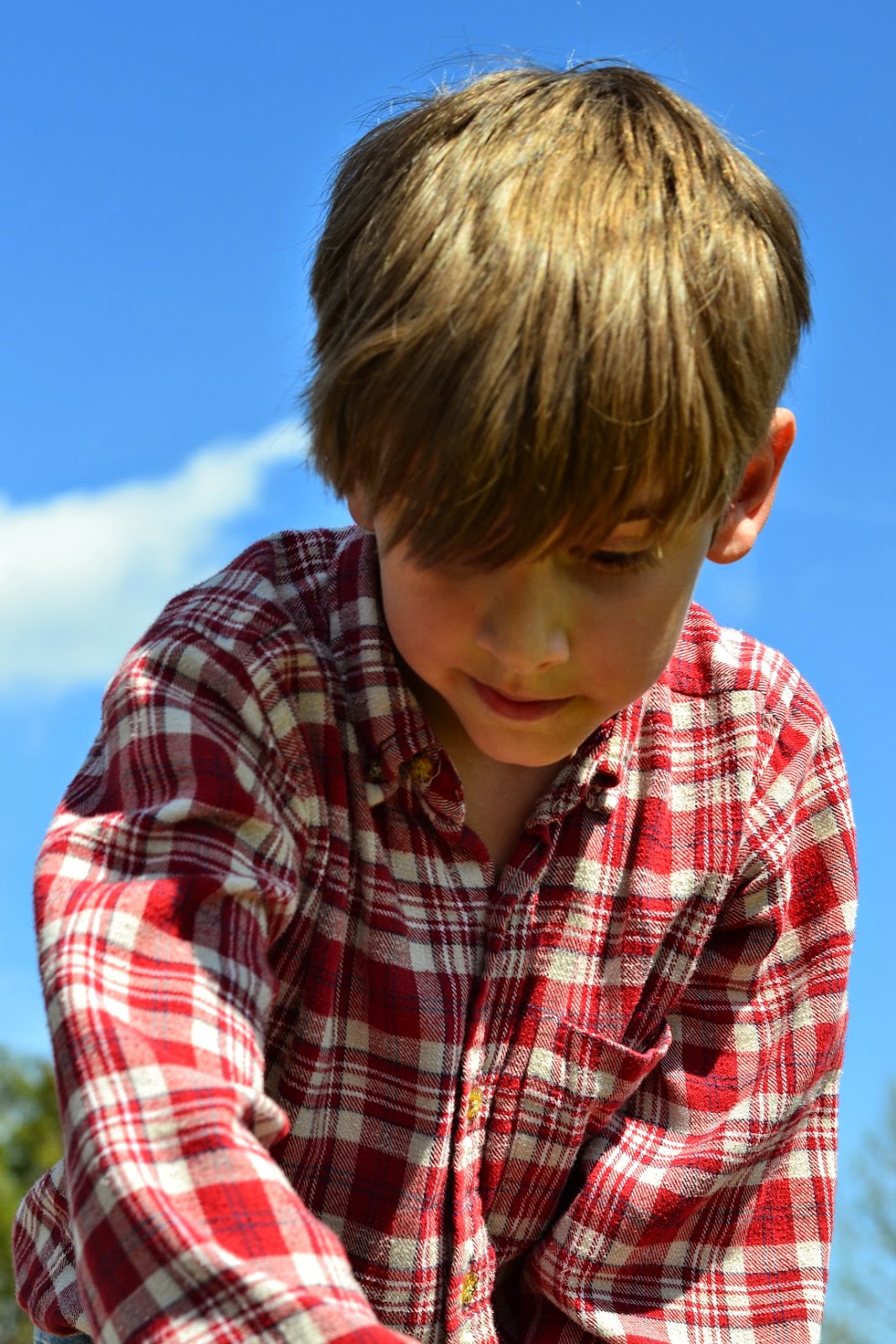 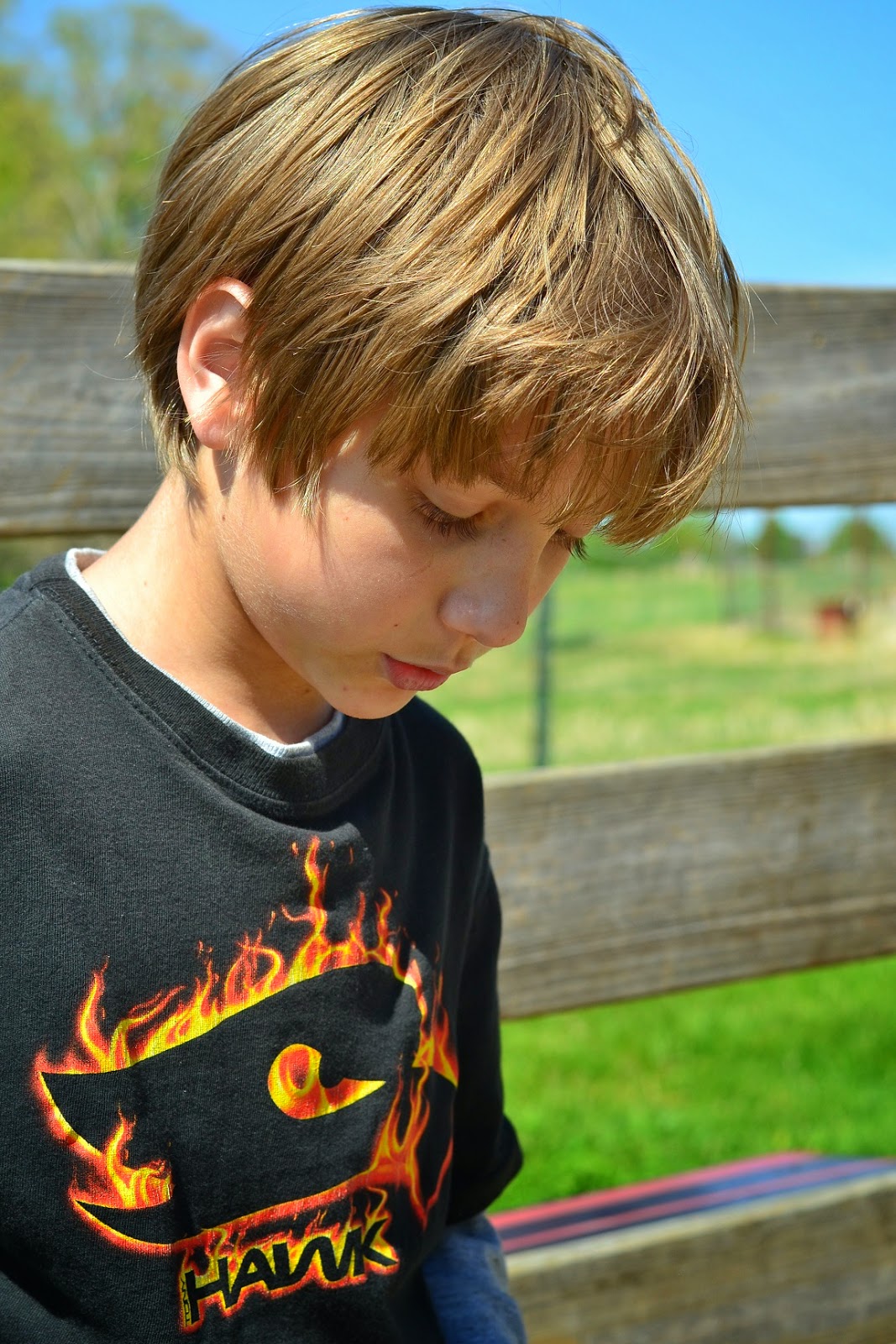 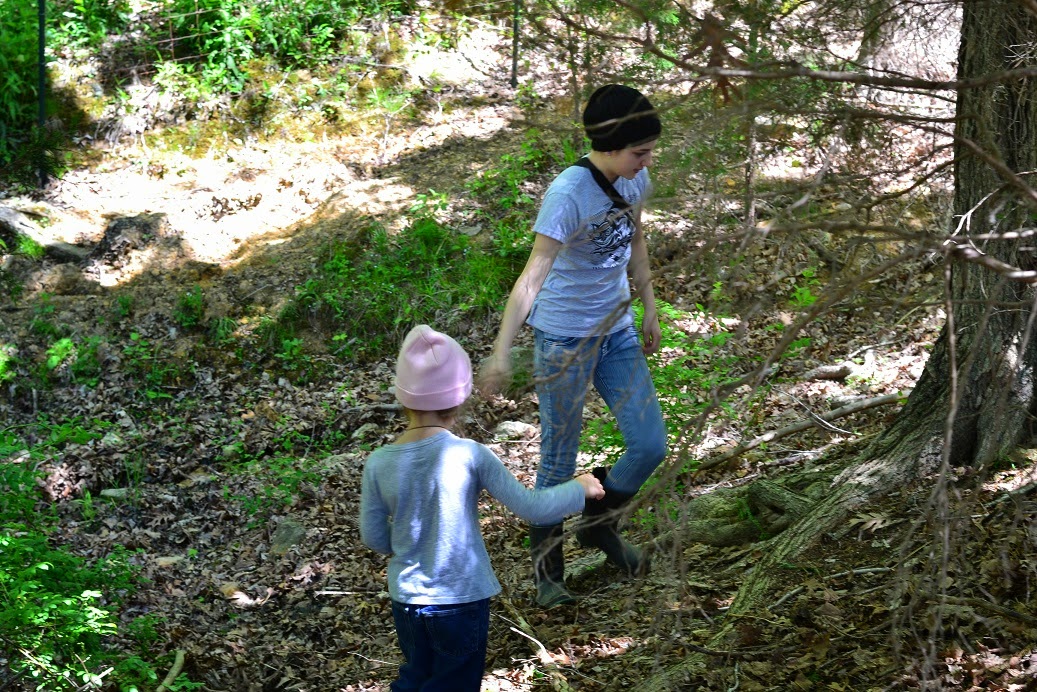 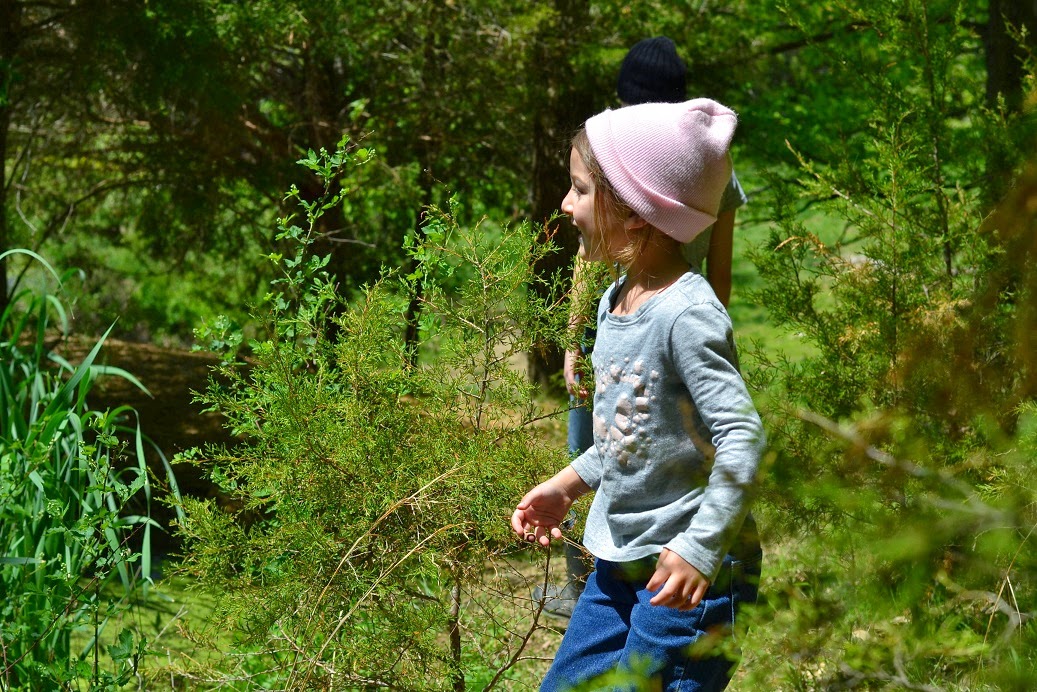 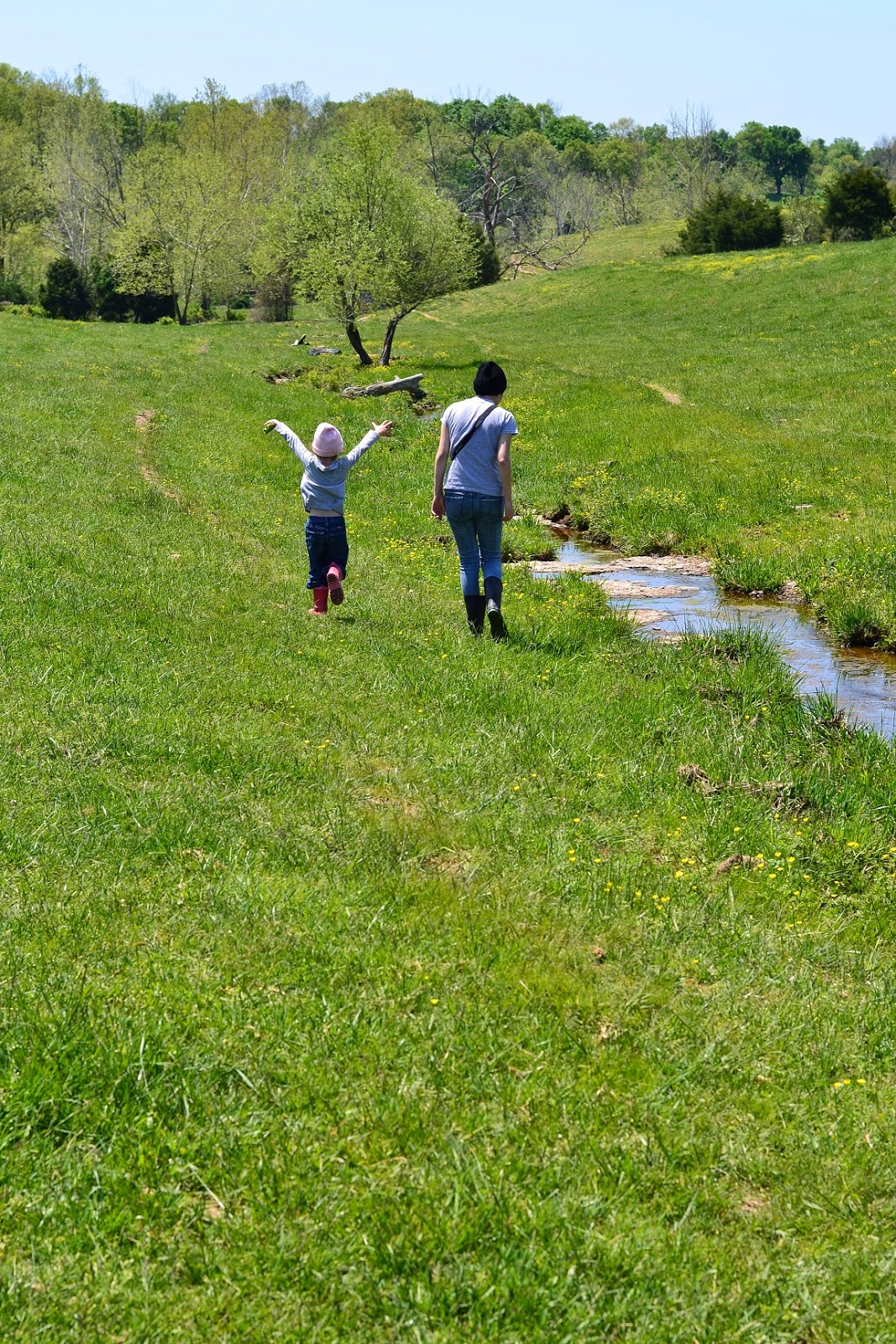 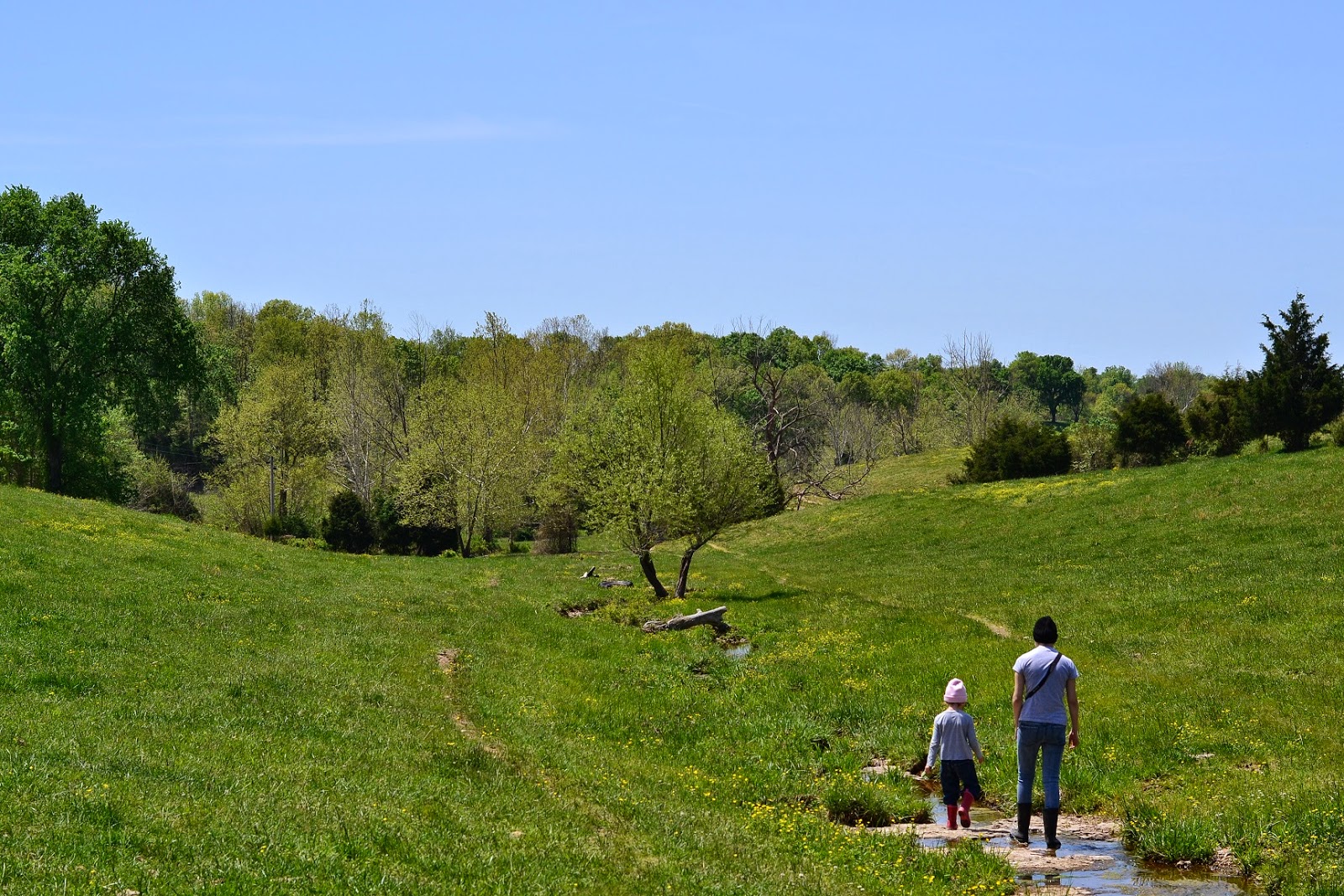 Yes; time flies...
And seasons turn, and children grow.
I can't quite pinpoint why it is I have such difficulty coming to this space to write these days.  I could chalk it up to the fact that I've been channeling my writing energy into some other area, and that would be true.  I could say that I'm not quite at ease with my new manual camera, and that it is only recently that I've ventured outdoors to take pictures (I hate indoor photos), and that would also be true.  I could say that I just have lost my enthusiasm for blogging and for blogs, and this, too, would be true.  The fact is, I just seem to find almost anything more interesting than blogging these days.

I'm here to alleviate my guilt.  I have had several friends and die-hard followers tell me that they miss the posts, and it is they who bring mere here today in order to update.  Also, if there is anything I personally miss about blogging, it is keeping a chronicle of our lives here.  I don't like missing out on birthdays and other events, and not having some record of them.

It's been a long time, so bear with me.

This Lent went by in a hurry, which seemed unusual to me, and I think it was because it was my worst ever since coming into the Church in 1996.  Not because of any terrible trials or mortifications; on the contrary, what made it a terrible Lent was the fact that I felt such spiritual ennui.  Inertia.  I could not seem to motivate myself to do much of anything for God, and the few things I did do seemed so small as to be ridiculous.  The Lord didn't even bother to step in with His own Lenten agenda for me (no illness, no trials other than the usual lack of money coming in and bills to be paid), so it was an easy Lent, and therefore not a very good one.  Lent should be--and this is my own opinion--like an upward struggle over rocks to show love and come closer to God through the subjugation of the will.  Well, I felt as if I just sent God a Hallmark card this Lent and left it at that.  The only thing that kept me from despairing over my miserable spiritual state was the fact that it really bugged me that I was in that state.

Easter was quite nice, however.  We were able to spend it with friends who have been inviting us for Easter for at least a decade.  Four adults and fourteen kids--you'd think that we'd have had no time to chat at all, but the weather was fine and the kids occupied one another, and we adults managed to have quite a lot of time to visit and chat.

Una's 15th birthday was only days after Easter.  She received everything she asked for (her desires are amazingly small and simple for a girl her age) and an unexpected camera from a dear friend.  I'd decided to give her my old Fuji when I got a new Nikon for my last birthday, but within days of getting the new camera, my old one broke.  So I was quite overjoyed when my friend sent this camera.  Una was delighted and surprised as well.  In the afternoon, we had a priest friend visit and had a delightful time of it.  He's off to Australia to preach missions form many weeks, so it was a last chance to have him over for a while.

This week is pretty busy...Bret has some work (thank you, Lord and St. Joseph) and has made some progress on the new house, so that we're about ready for the insulation and drywall.  My sister, nephews and niece will be coming over tomorrow, and I have to get house and larder ready for a visit from my grandmother and uncle at the beginning of the week.  In between, I have to figure out what to get for my mom for Mother's Day!  And Sebastian is having a big birthday--his 13th--next Thursday.

I've become unbelievably inept at planning ahead.  Unfortunately my plan of action at this point only involves me crawling into a hole with a bottle of wine and pretending that it will all take care of itself.  Which, of course, it will not.  So to heck with that plan, and I'd better come up with something a little less escapist...

In other news, everyone has been fairly well thus far this spring (Gemma had a cold, but it lasted 5 days and nobody else caught it, miracle of miracles), and I trumped my personal best and ran 7 miles without pause last Friday.  I have muscles in my calves I don't think I have ever seen before.  I'm seriously more fit than I've ever been, and it feels good not to get winded easily.

The weather's been nice, too.  The last few photos above were taken on a walk yesterday.  Bret had all the boys up at the new house, and so Una, Gemma and I went for a walk.  It was very lovely, and we were gone for 1.5 hours.  Gemma slipped crossing a little stream and fell in, but was enjoying the walk so much that she didn't want to go home, even soaked as she was.

Well--I've work to do. Besides reading with Dominic, I have to strip the beds in the boys' room.  It's getting smelly in there, and I think freshly washed bedding will improve matters.

I'm not making any promises, but I'll try to come back soon...