We've never had such low temperatures for as long as we've had them in the ten years we've been here.  We are on our second arctic blast--or third, perhaps, as we just had a two day respite with temperatures back to the 40's and even the low 50's yesterday.  It will be cold again today.  But Saturday, although not bitterly cold, still gave us a bit of snow on the ground and the ponds were still frozen.  Bret took the kids out to play.

He called me on his cell phone and said, "You need to come down here with the camera and take some pictures."  I obeyed. 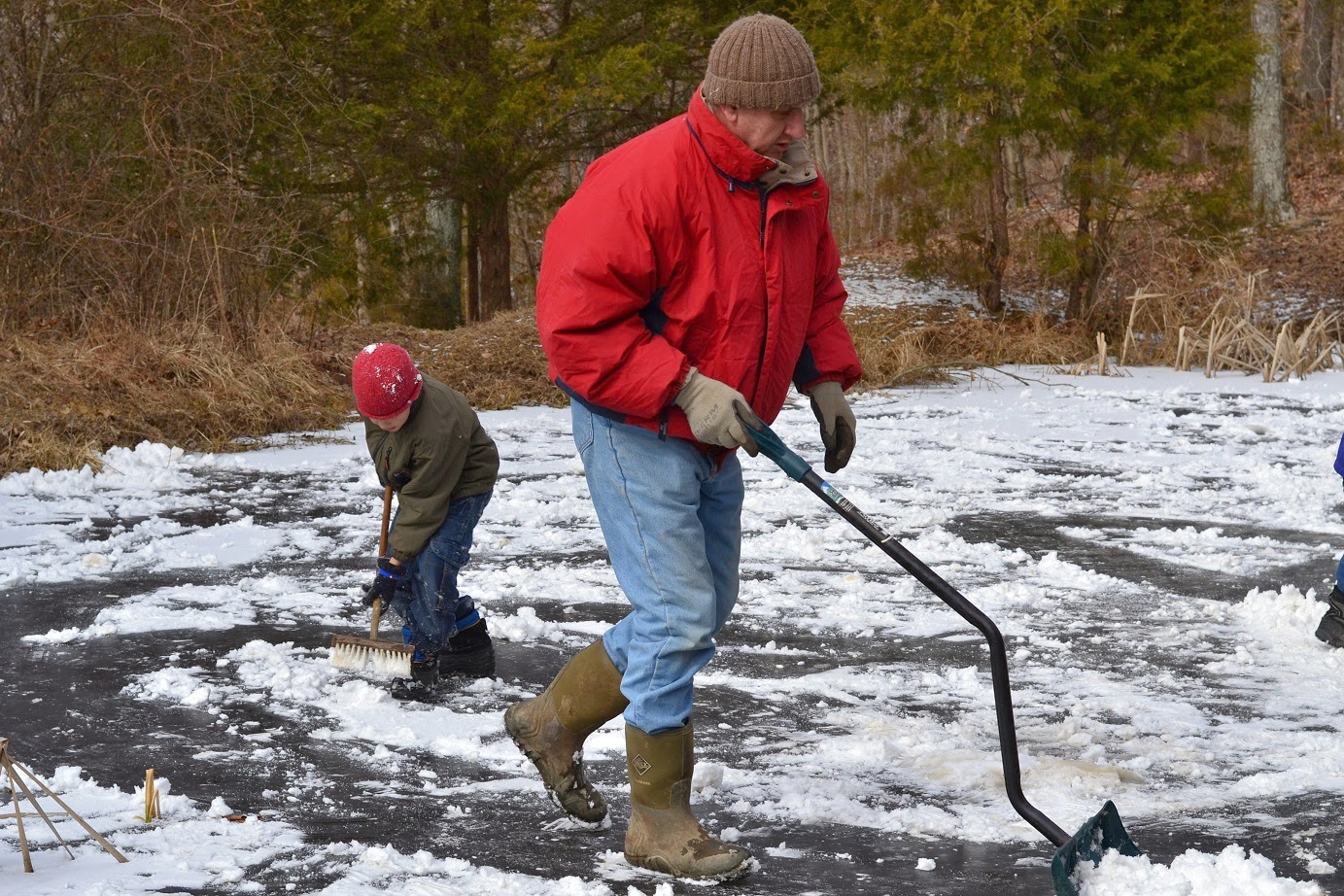 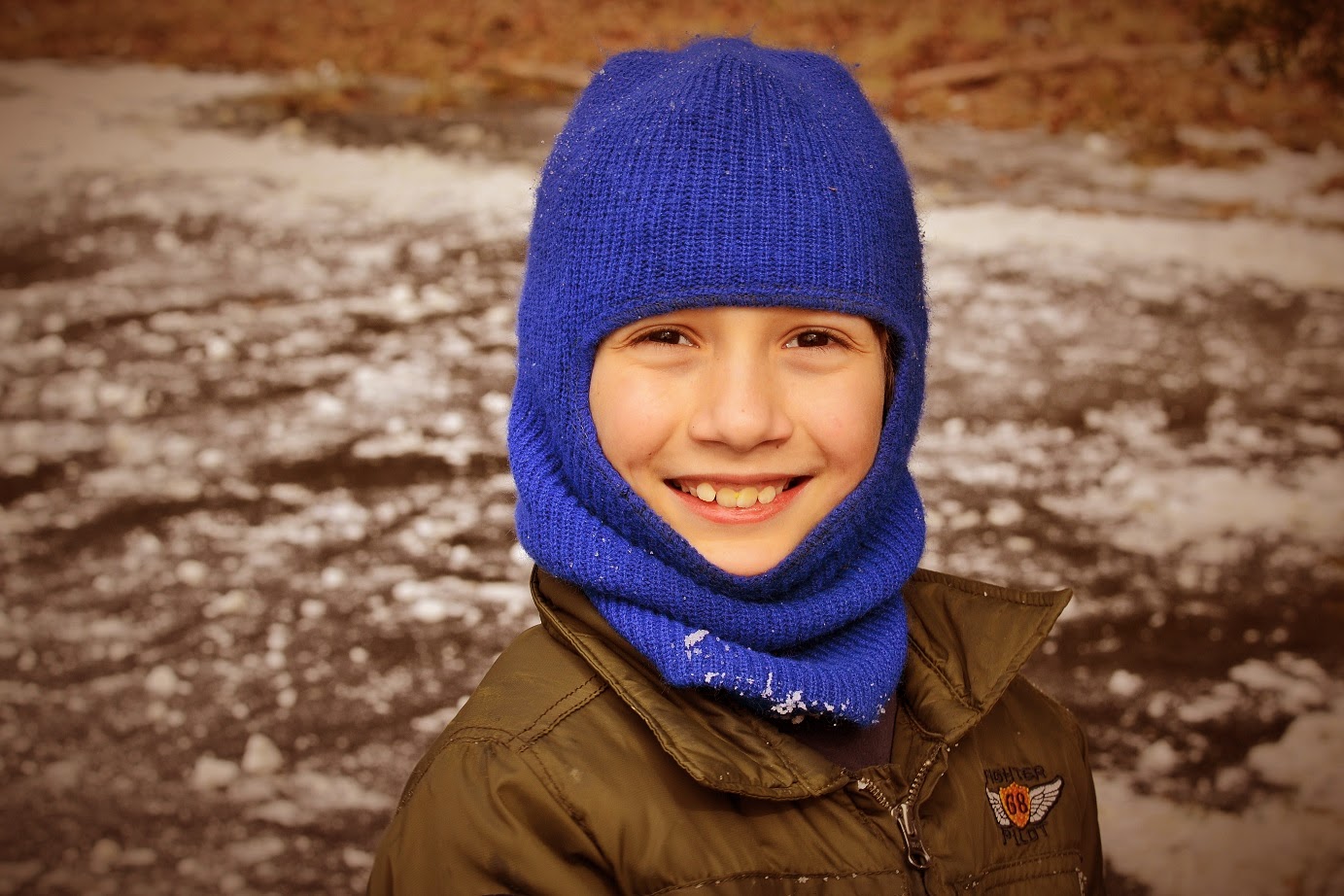 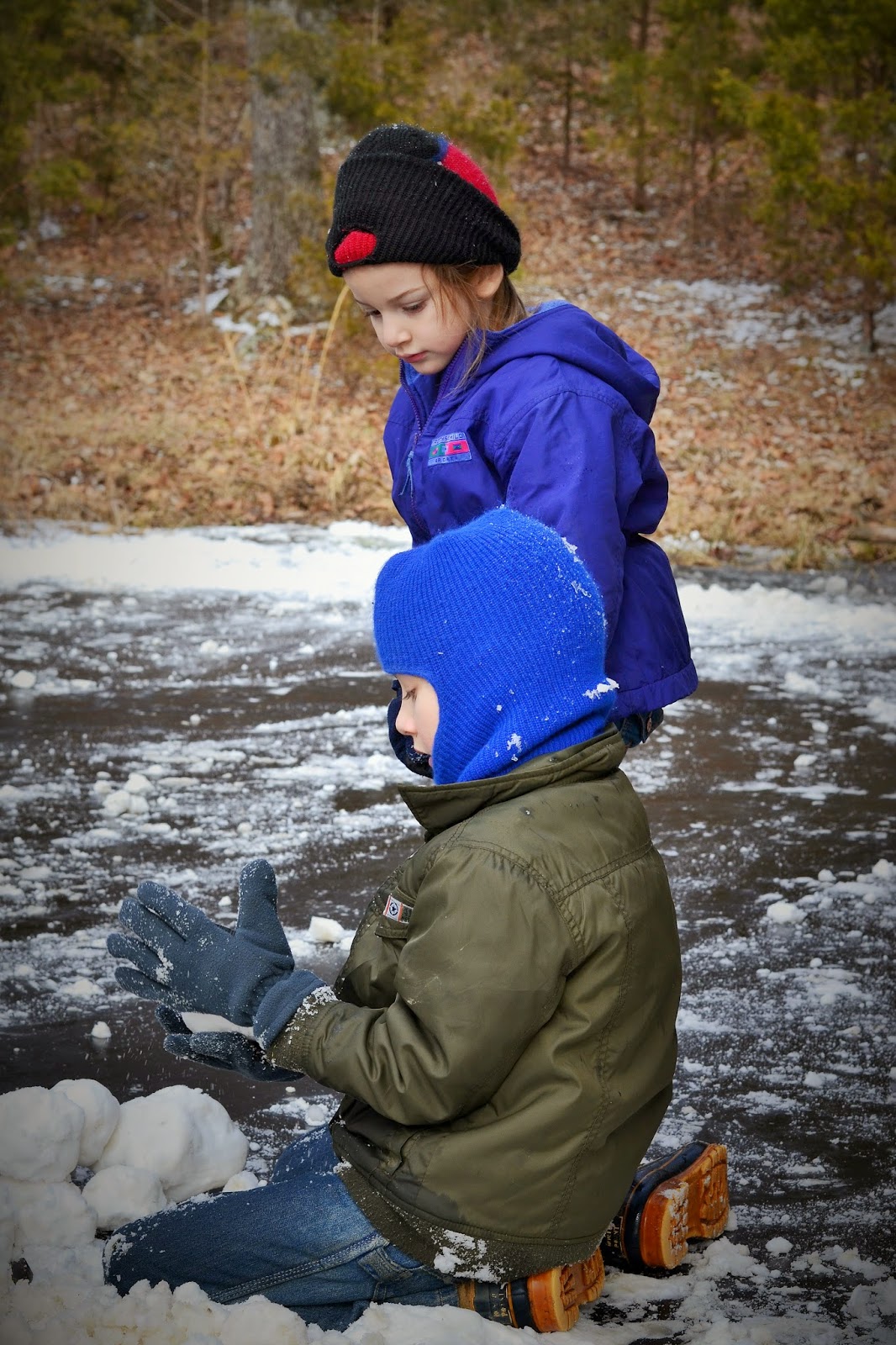 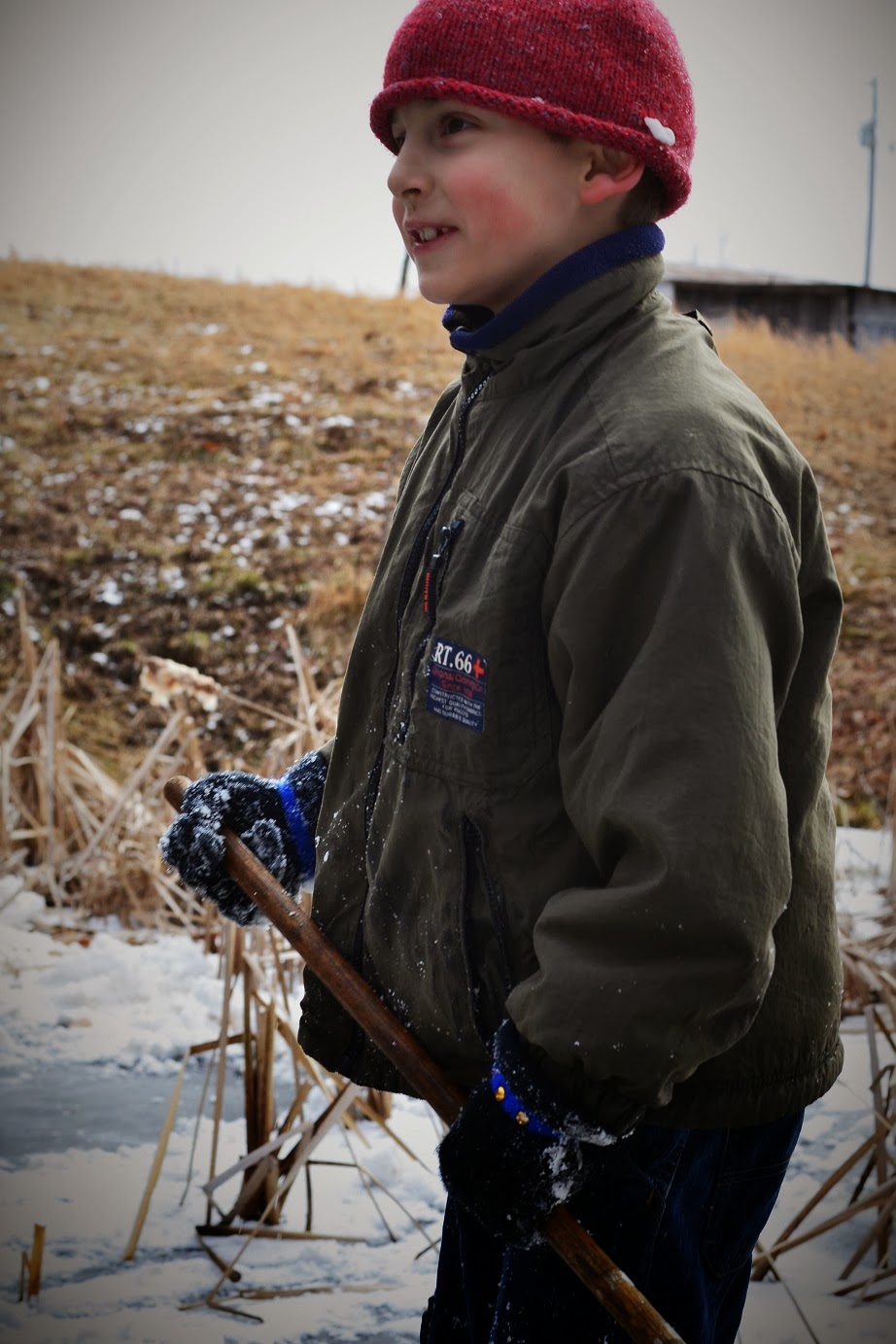 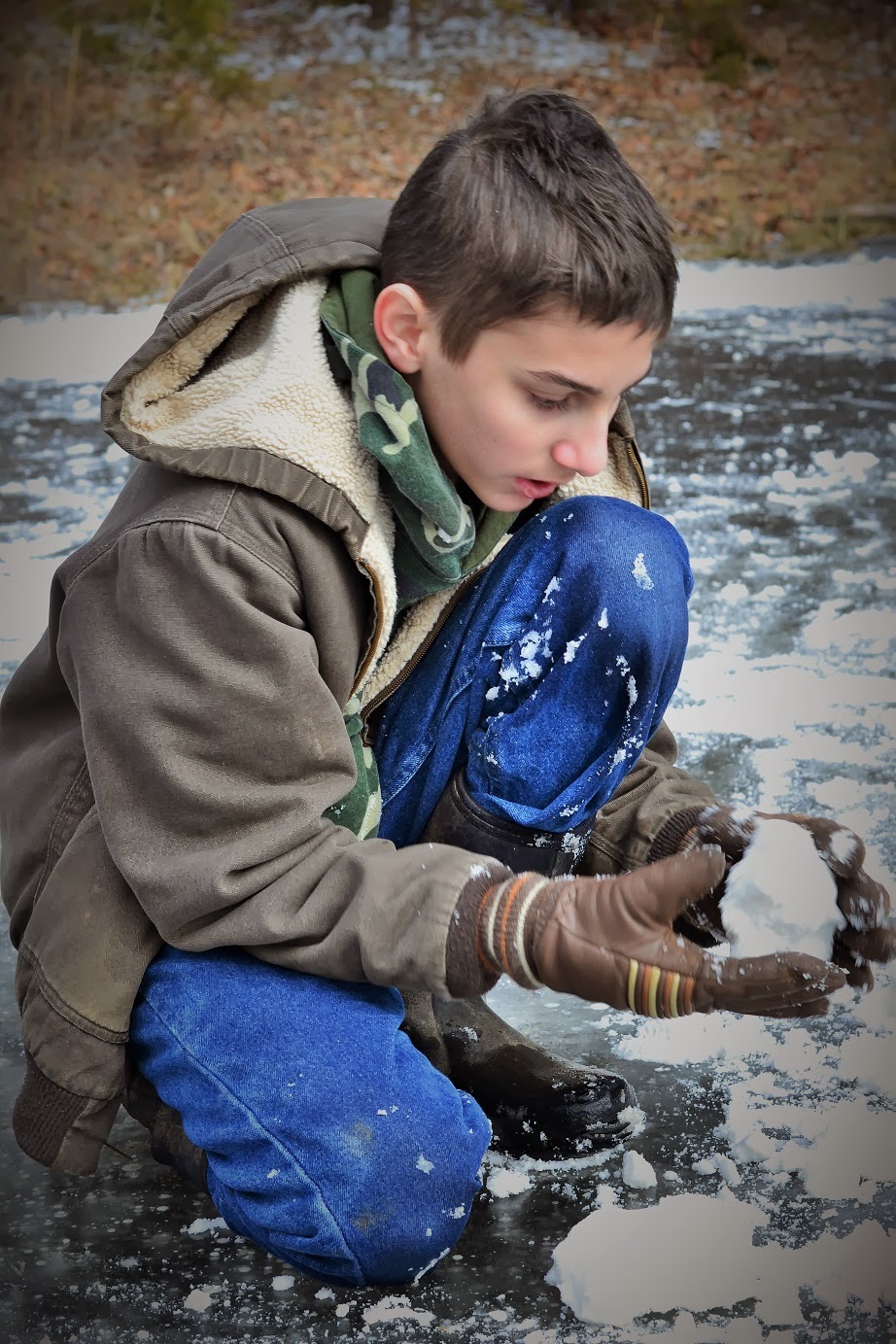 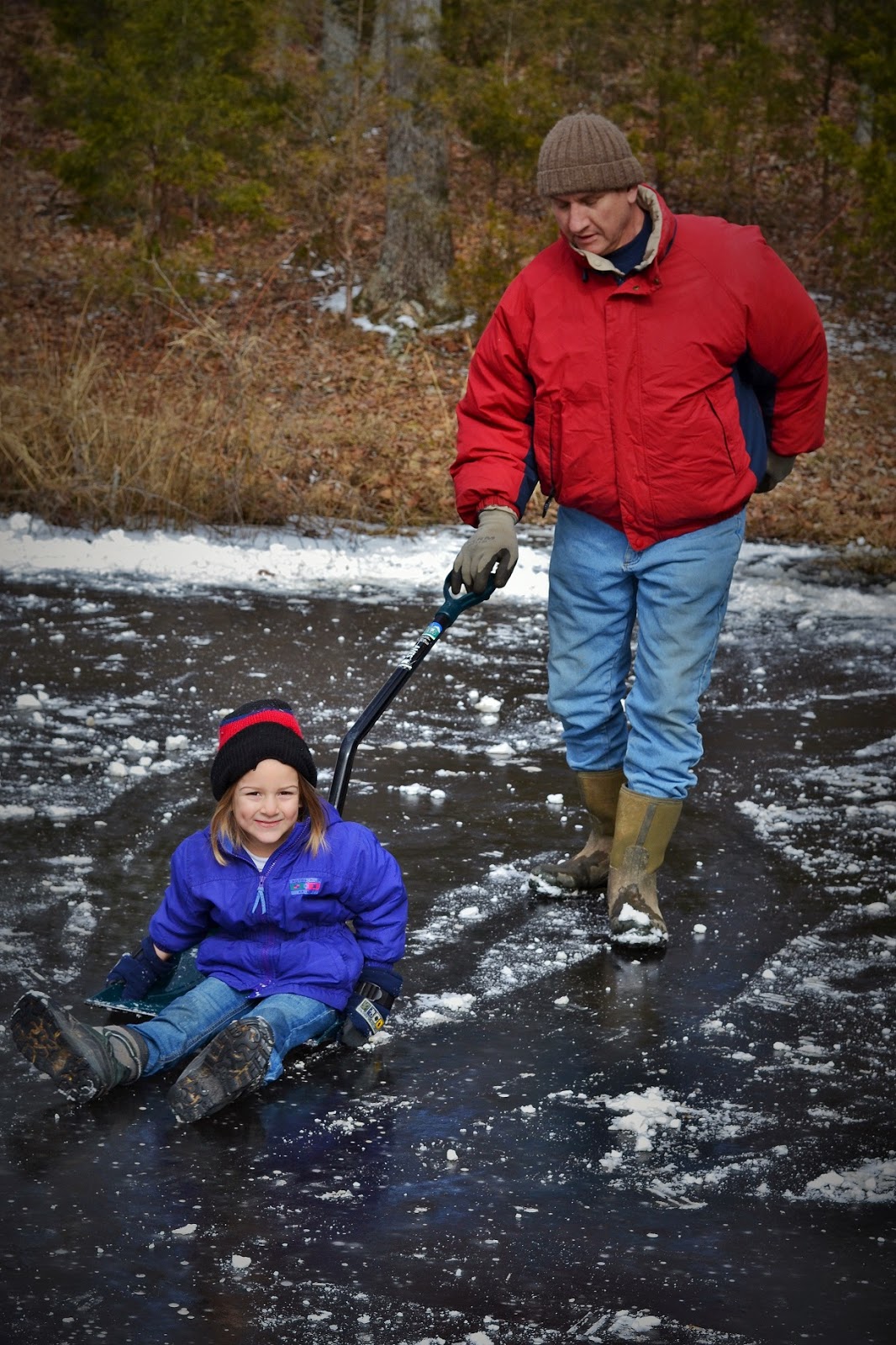 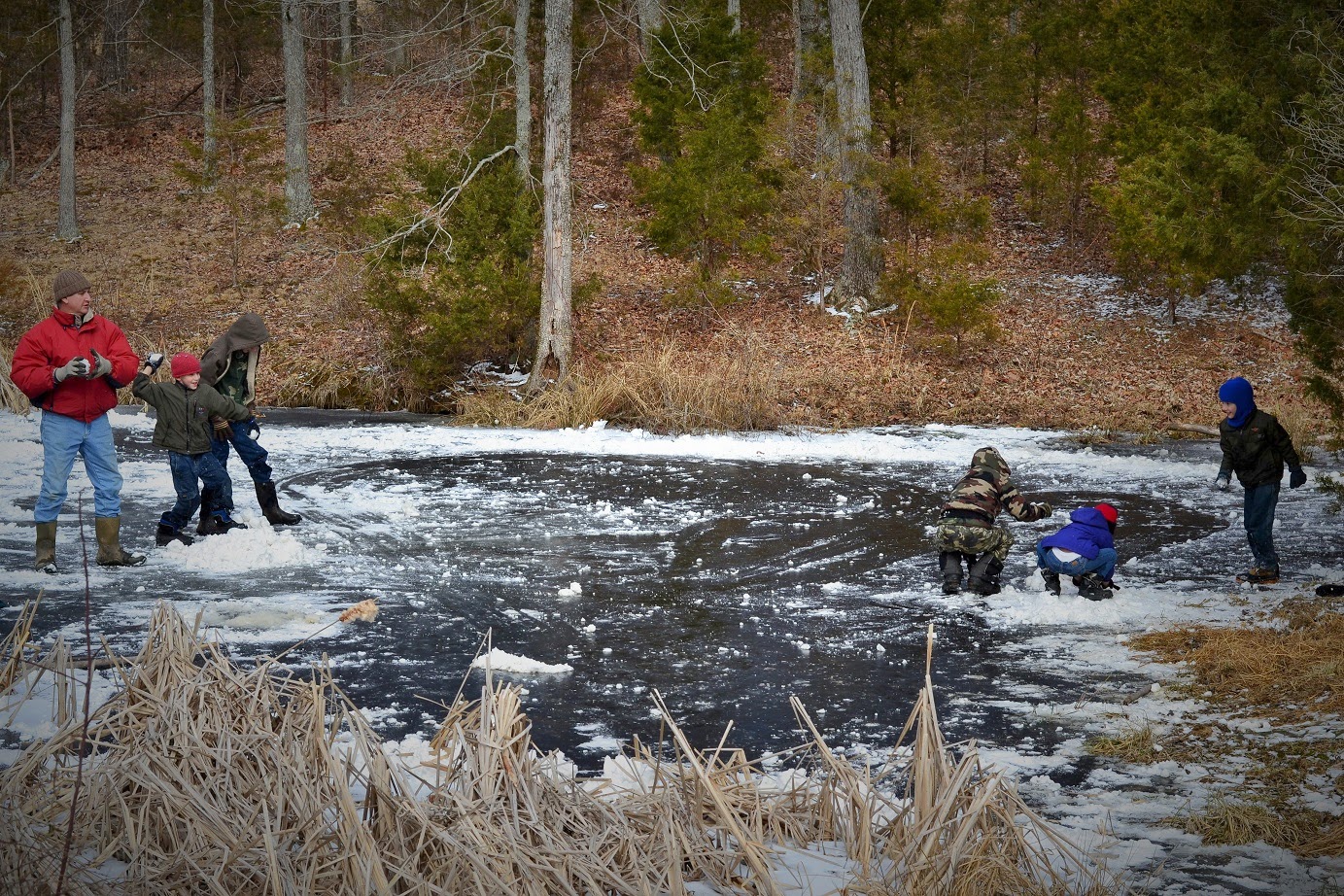 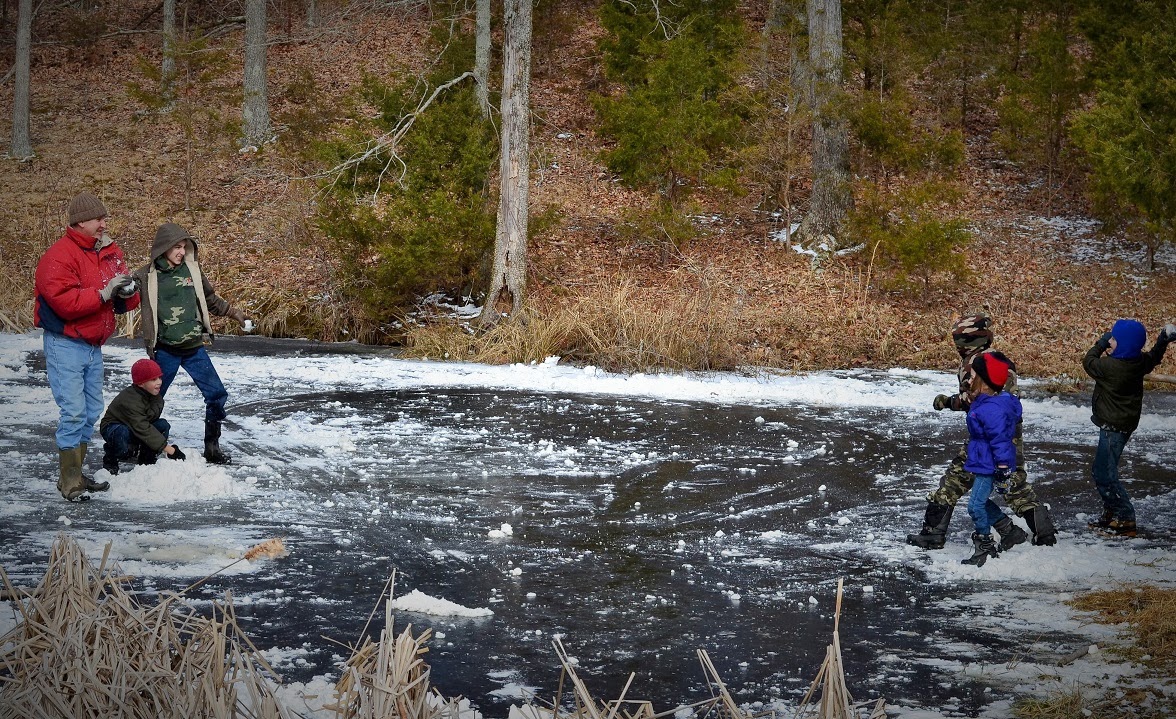 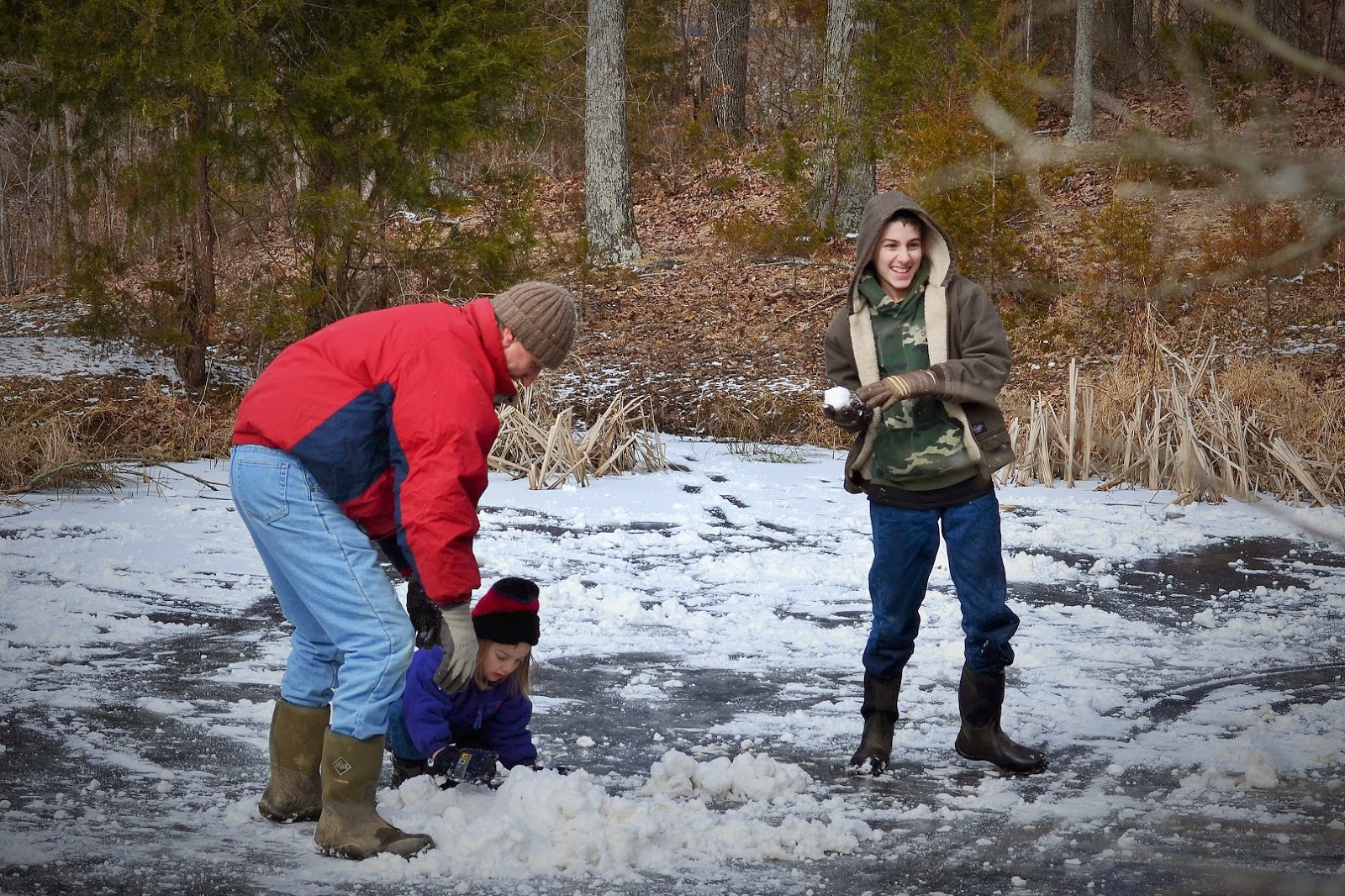 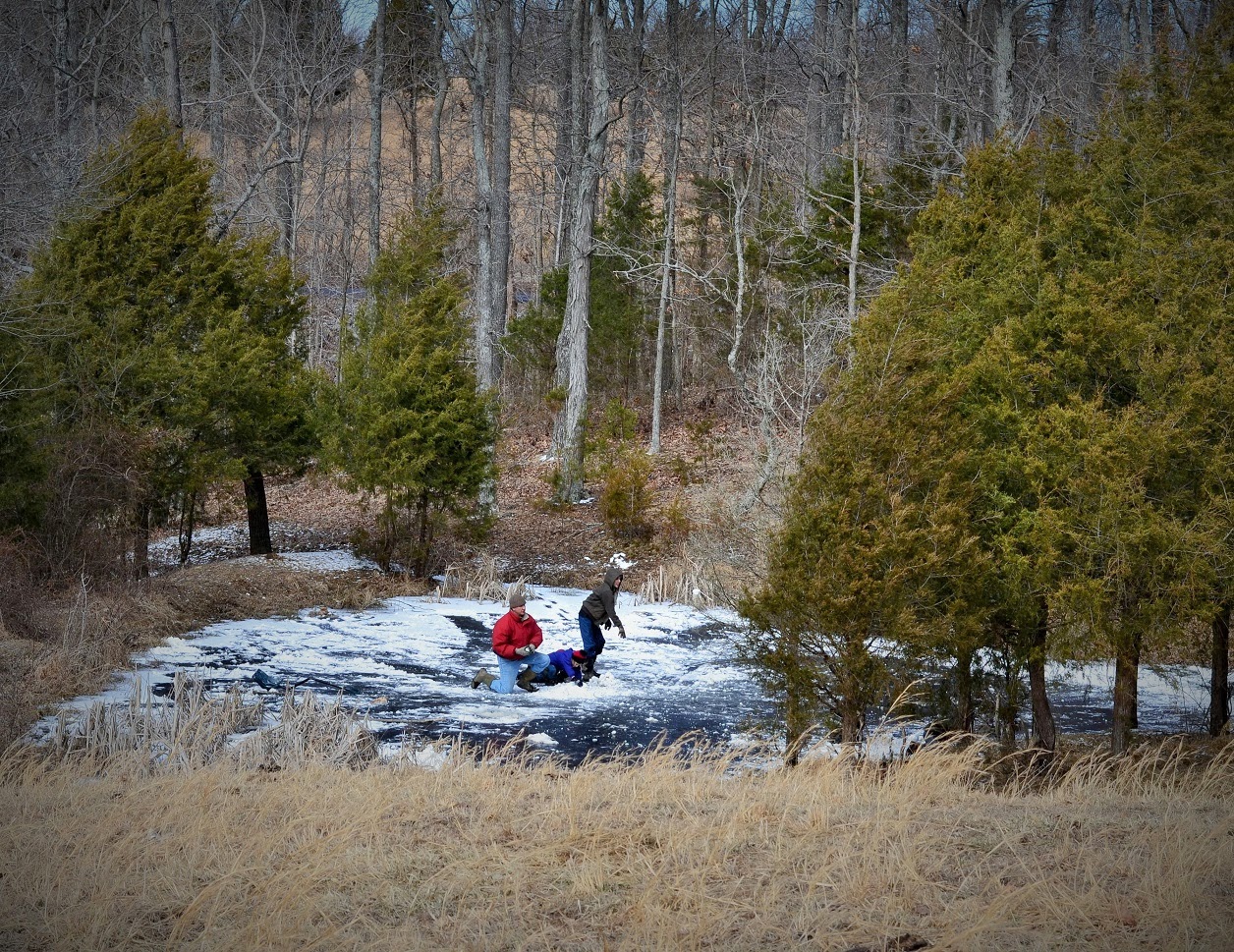