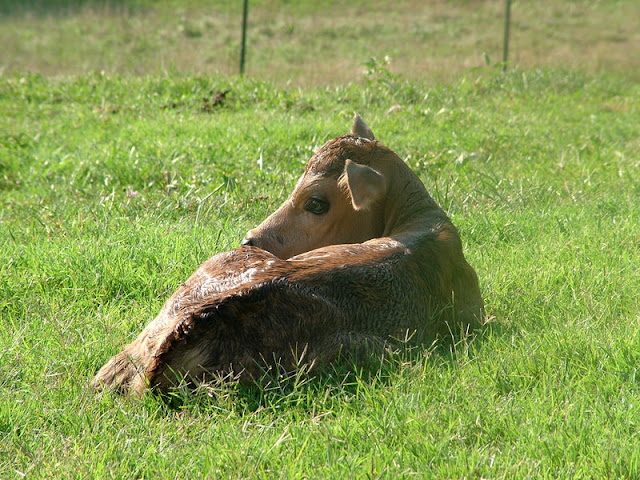 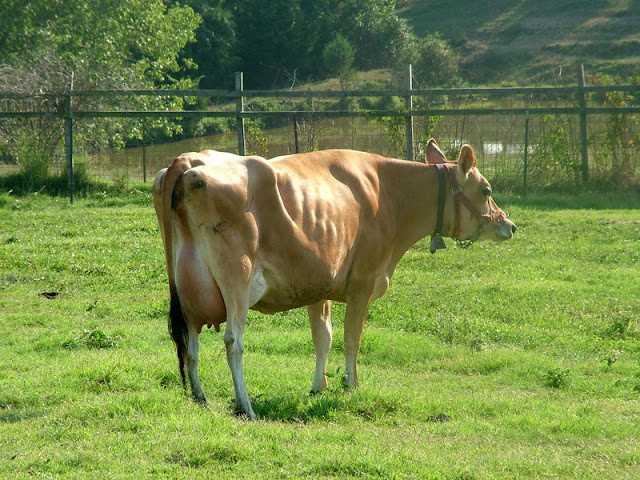 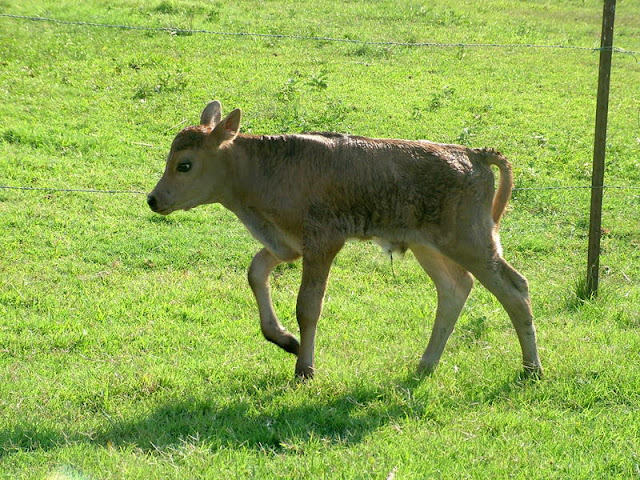 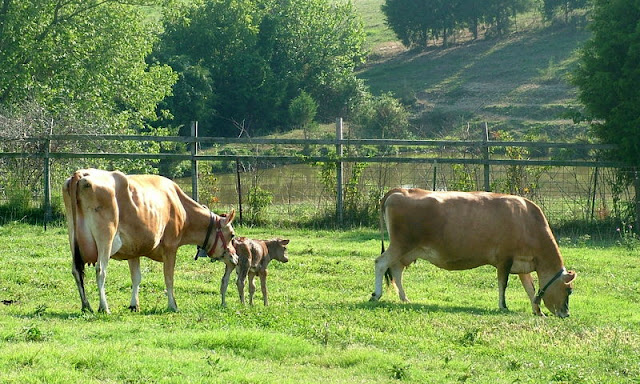 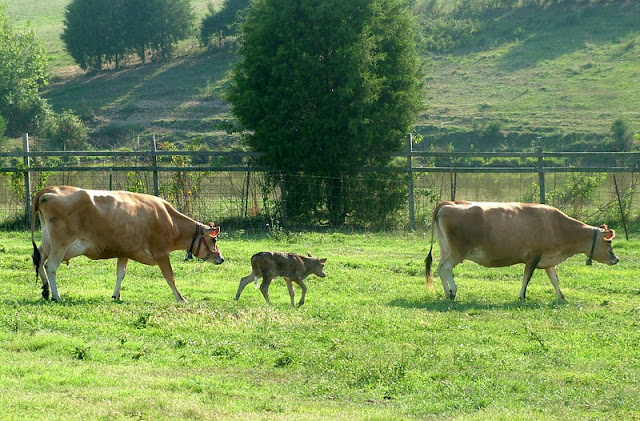 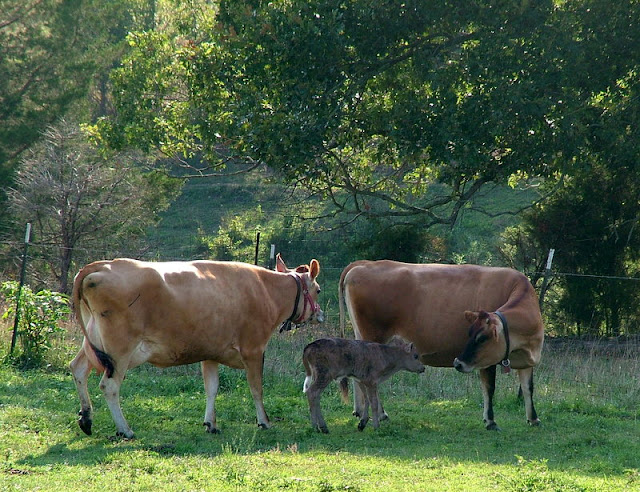 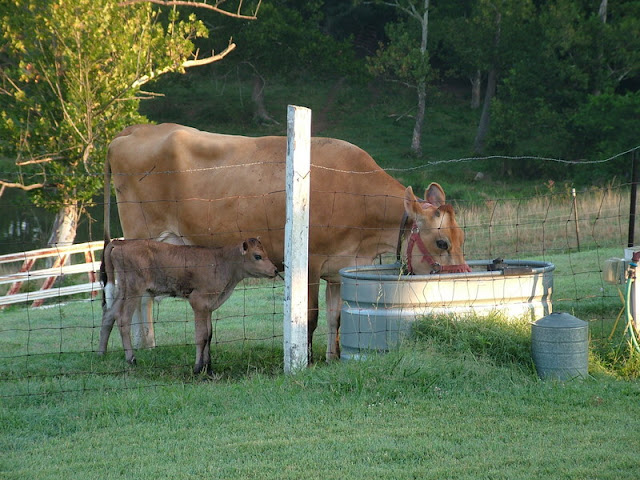 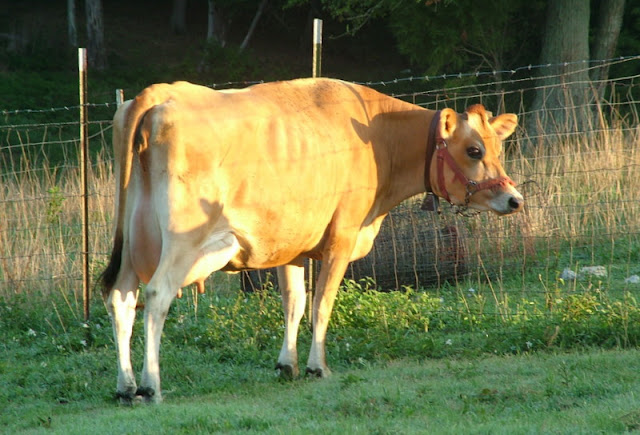 It's been one of those weeks.  Dreadful computer problems, abysmal heat, myriad frustrations.  In my better moments, I just take a deep breath and thank God for the lessons I need in humility, patience and charity.  In my not-so-good moments, I just sort of fall apart.  I guess I have done quite a bit of both this week.  And I am trying to fight panic over All That Must Get Done with "an attitude of gratitude".  I am indeed grateful.  Grateful that Fiona and her calf seem to be doing well.  Grateful that my butter churn didn't break when it shimmied off the counter and hit the floor.  Grateful that I have been sleeping a bit better this week.  Grateful that the scrap metal guys were able to load the old school bus up from where it has been rooted since well before we bought this place and get it out of here.

Got your attention, eh?  Why did I not photograph the process?  Especially since it's the most exciting thing to happen around here since I had to tow a 300 lb escaped pig back to his pen (I weigh about 105 pounds, so it was an interesting fight).  Why have I not told you before that we had an old, rusting, yellow school bus rooted into our property?  Well, if you think "Redneck Backyard", you probably imagine at least one old vehicle up on blocks.  A school bus, then, would obviously have to belong to the Prince of Rednecks, right?
Really, when we first moved here, I tolerated it because Bret was using it as a storage shed.  But as time went on, I grew to hate it more and more.  Bret finally emptied it and started making phone calls to get it removed.

It's taken us over 6 months to get someone to finally come out and haul it off.  Many times we were told, "Yep, we'll come for it tomorrow," and then no one would show.  No phone call, no excuses.  That's the way it is out here.  Bret was at the point where he'd given up, he had called so many times.  On Tuesday someone from the salvage place came out to take a look and said he'd be back before sundown to get it.  Bret left work early and we waited...and waited...and the sun set.  Yes, I was madder than a hassled hornet, and near tears all the next morning.  About 2 the next day, a truck showed up and AMAZINGLY got the bus into a position to remove, but it began to rain and the ground was too slick to haul it off.  So he went away, promising he'd be back the next day.

Today he returned with help and they got the thing loaded up and out of here!  Yes!  I gave them each an ice-cold beer, stroked their masculine egos telling them what a wonderful job they did, and came back into the house feeling a lot lighter--a busload lighter, at very least.

I don't know how the rest of the week will go, but right now, I'm happy and grateful.