A huggable gnome doll for a birthday boy 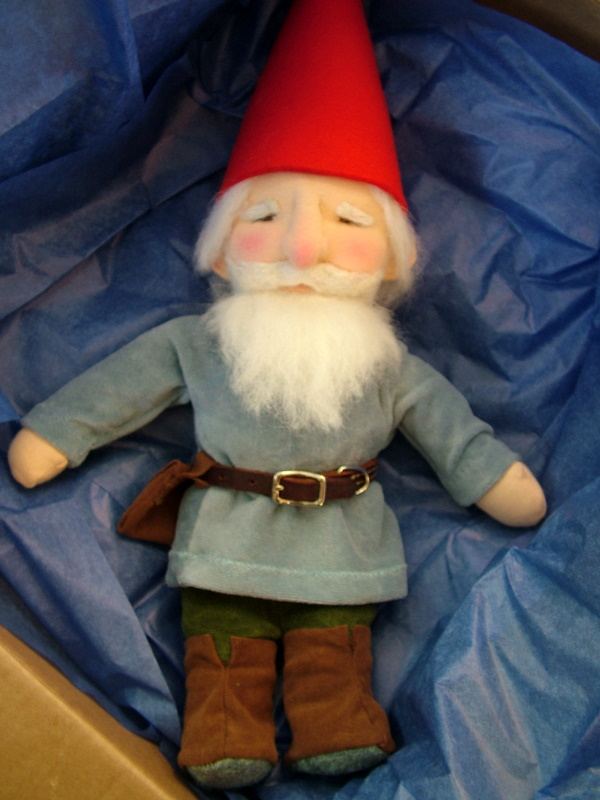 Finally--the Top Secret Birthday Project is revealed!  Of course, his birthday isn't officially until Sunday, and we are celebrating tomorrow, but I think it will be relatively easy to keep him away from my blog, since he has absolutely no interest in it.

Adrian loves gnomes, and even has a "gnome-friend" named Thorwald.  He sometimes writes letters to him, and a couple of times a year sends his old "Dolly" off to Magic Mountain to hang out with the gnome-folk.  Dolly is usually gone for a week or so, and then returns with a little gift from her travels--a pretty stone, an acorn cup or some such thing.

I actually did look on the internet for a gnome doll--not that I would have been able to afford it--but only came up with little wooden and needle felted ones...cute, but not cuddly.  I realized I would have to make one myself.  I used a great tutorial on making Waldorf dolls for the basis of the doll and ordered a few materials from this great supplier (there was a lot I had on hand already).

I had a bit of a dilemma when it came time to do the face.  The Waldorf babies have these tiny little noses and real baby faces, and I needed a old gnome.  So, onto the basic head shape, beneath the "skin", I needle felted a big nose and cheeks and a chin.  I had to accentuate the nose by sewing the skin fabric down around the nose.  I made separate ears from fabric and sewed those onto him. 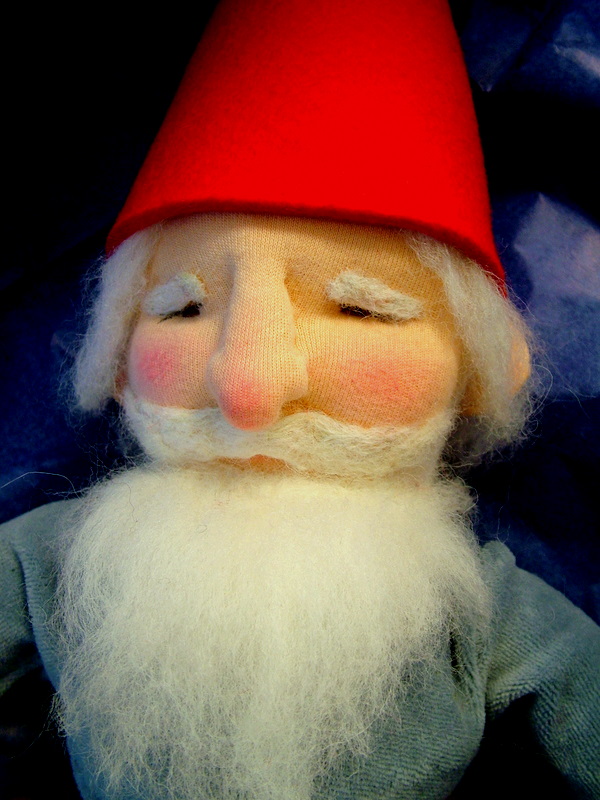 The hair and beard were the most time consuming, as I had to make felted "mats" for them, attach them to his head and face, and then sew and needle felt the roving to them.

The clothing was the easy bit.  I made the cap from some beautiful, 3mm thick merino felt from this Etsy shop.  Quality felt isn't cheap, but for a special project you wouldn't want to go with anything but the best, right?

I am sooo looking forward to Adrian opening this gift tomorrow! 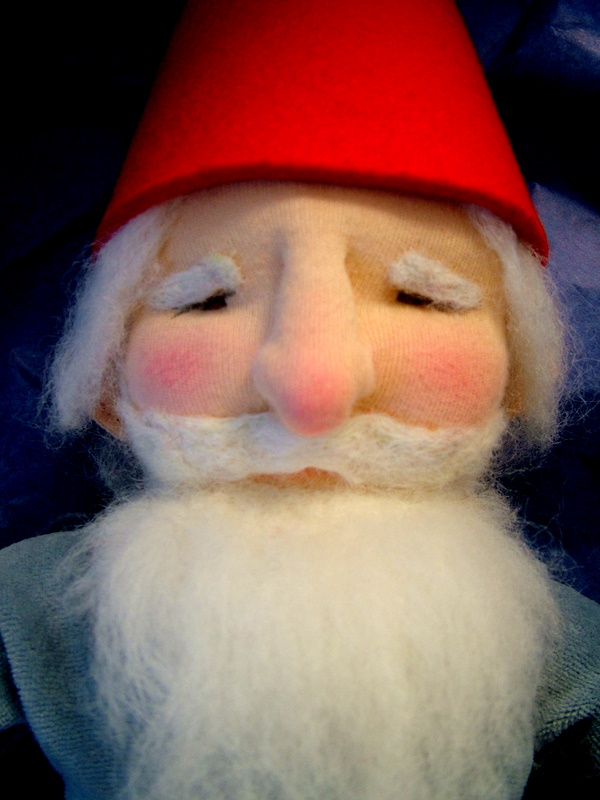