I meant to post these photos on Sunday, but I am reporting from the trenches...on the way to Mass on Sunday, Una and I began to feel unwell.  On our way home from Mass, we were Very Unwell Indeed.  And the moment we got home, we were down for the count.  She threw up, I threw up, I felt as though there wasn't a spot on me that didn't ache.  Dominic started up an hour or so later.  We three were at least over the vomiting by bedtime, just feeling achy and wiped out--and then Gabriel and Sebastian started up.  The latter spent all of Monday on the sofa, in and out of consciousness, sipping flat Coca Cola.  This morning he was weak, but much improved.  Then Bret and Adrian started up first thing, and Gemma awoke from her nap having thrown up on the pallet I'd made for her in my bedroom.  We were thinking of digging a trench around the house, filling it with gasoline, setting it alight and hoisting a plague flag.  But none of us has the strength for it, although the drama of it is very appealing to us.

Ah, well...that means everyone has had a turn at it.  We should be through it by morning (I hope).

Anyway, on to more pleasant things: 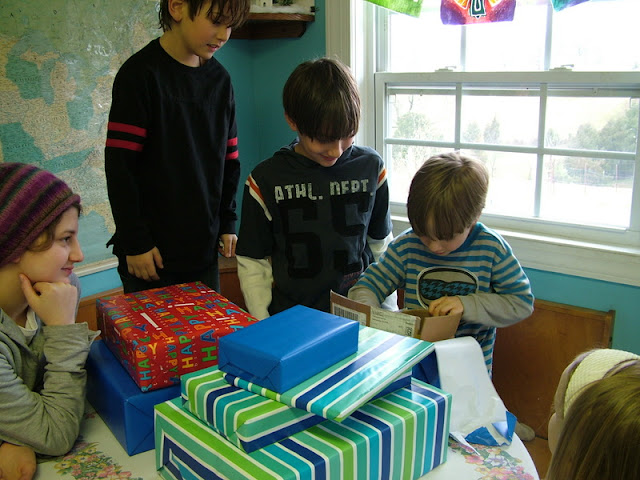 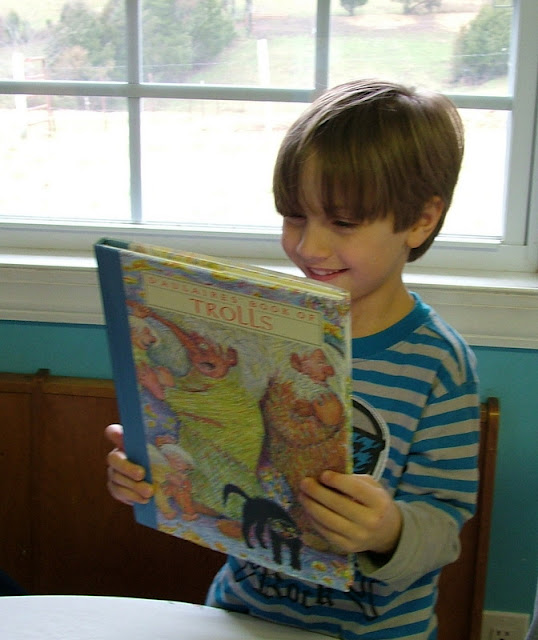 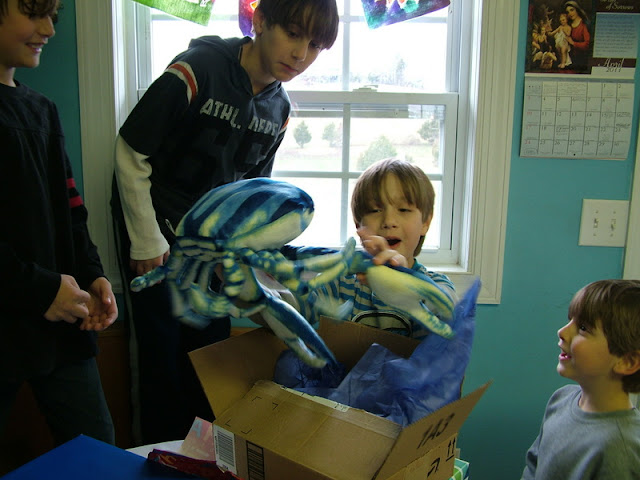 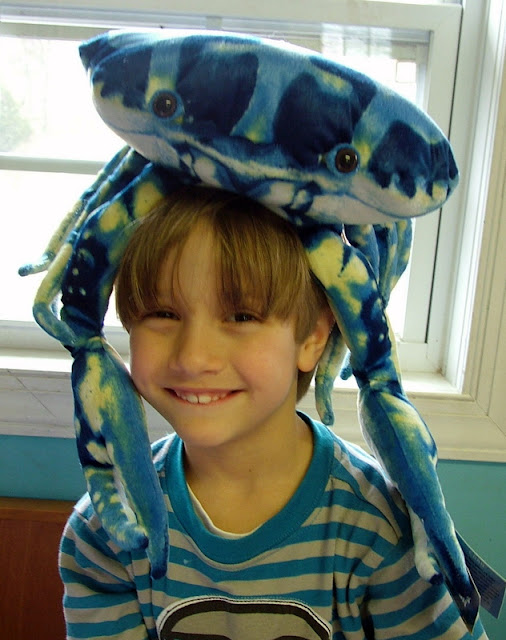 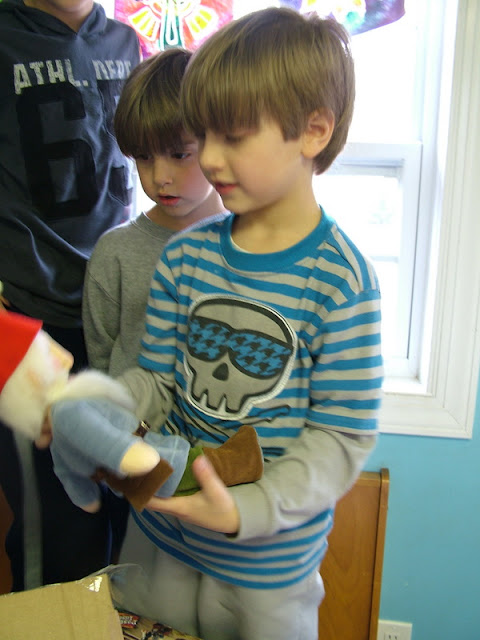 Adrian was absolutely thrilled with his gifts.  He got the brown sweater I knit that was meant to be an autumn gift and didn't get done in time for Christmas; I sewed up a special pillow case from a nice remnant with turtles, lizards and frogs printed on it; and of course there was Thorwald the Gnome.  His aunt and uncle got him a wonderful plush blue crab, and his Oma got him D'Aulaire's Book of Trolls.  His other "boughten" gifts were a much coveted Lego set and a civil war era kepi and pistol.

I must admit that initially the gift that caused the greatest hoopla was the Lego set.  He could barely finish a slice of cake in his haste to take it out and put it together.  I was a wee bit disappointed that he seemed to take so little note of the gnome doll, but I really half expected it. 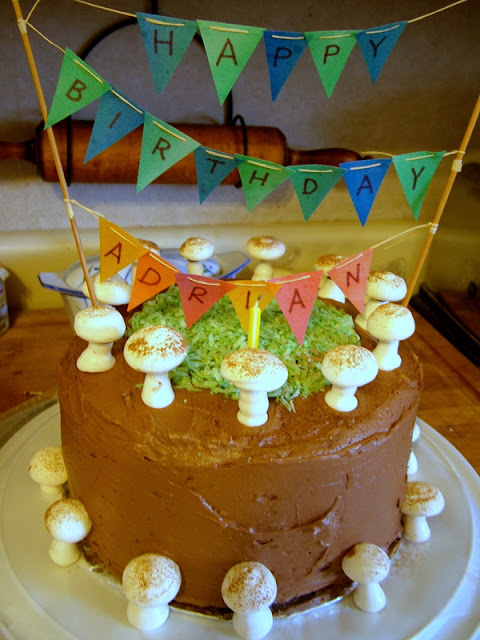 After the set was put together and appropriately envied by his brothers, he put it aside.  He came to me in the kitchen holding Thorwald while I was getting dinner ready.  "This is my best birthday present, and my best birthday ever!" he announced.  "Thank you for making Thorwald and all his clothes.  Do you think you can make some more clothes for him on my next birthday?"  He loves him, and I am so glad! 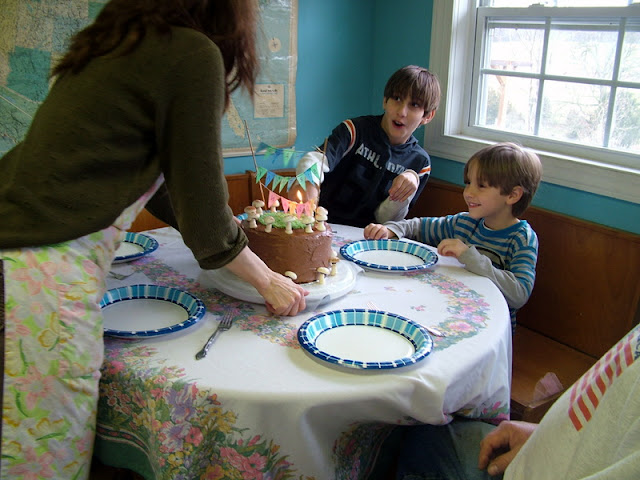 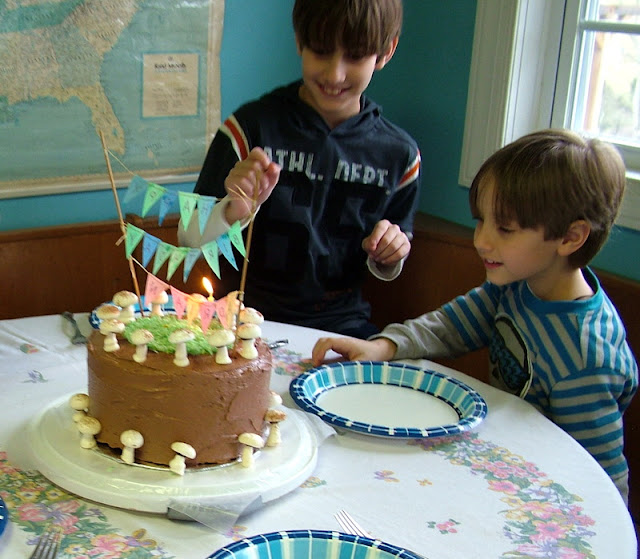 Ah, my little Peanut who is now seven and still wearing a lot of 5T clothes, so small in stature and yet so philosophical for one so young, how I love you... 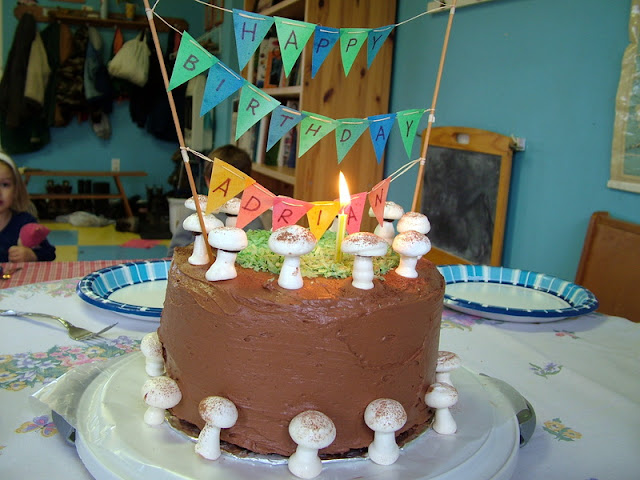 That's it from the trenches, where we are serving up bouillon, flat "Co-Cola", Jell-O and saltines.  We have a lot of birthday cake left over.  Anyone want some...?
Posted by Nadja