An easy, inexpensive skirt for Una 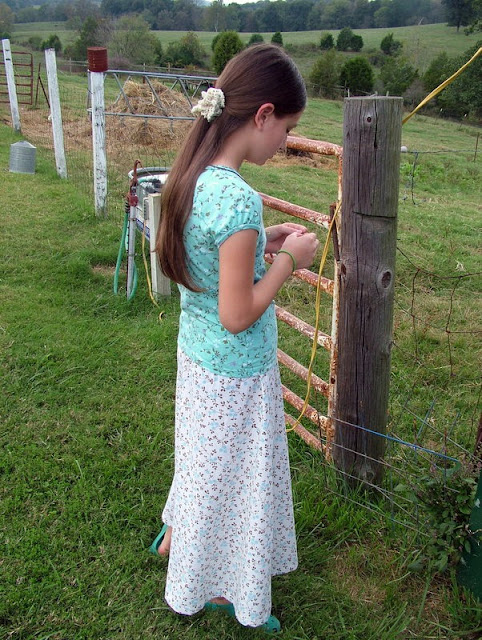 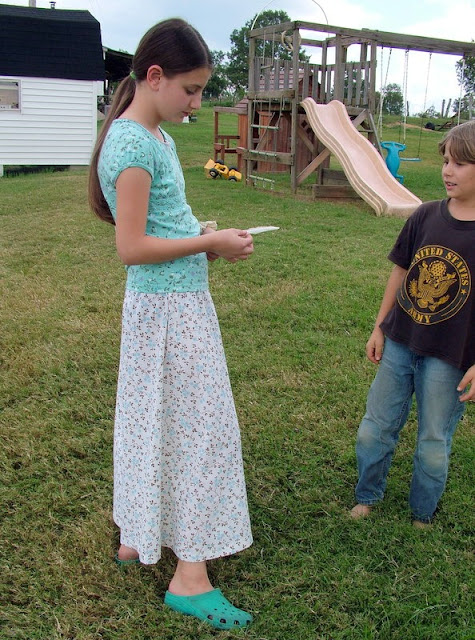 We found some pretty fabric on sale in the craft section of Wal-Mart, and Una thought it would make a nice skirt.  We purchased two yards of it.

I decided to try a gored skirt and make my own pattern.  I am a real novice seamstress, but I can often visualize what I have to do to make something work!  This is a tutorial for those who haven't a clue...

Since it was to have an elastic waistband, I took Una's hip measurement where it was widest and rounded it up to the nearest half-inch.  Then I divided it by four, since it was to be a four-gored skirt.  Then I added a half-inch to this measurement to get the width of the top of each panel.  The width of the bottom of the skirt would be the full width of my fabric which I had folded to create four layers.  Una wanted it long, so I took the length she wanted from waist to hem and added a couple of inches for the elastic casing and the hem allowances.

With me so far?  I folded the fabric again lengthwise and made my pattern on paper.  The top of the pattern was one-half the measurement I figured for the top of each panel.  I created a line from the top to the edge of the fabric at the predetermined length.  Then I just eyed a curve on the bottom, so as to avoid points where the gores met.  The pattern was cut out and pinned with the straight edge along the fold of the fabric. 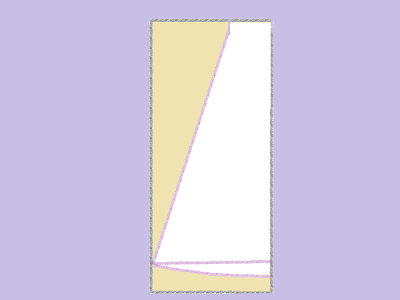 The fabric was cut and I had four panels.  Here is where I wish I had a serger!  I did a zig-zag overlock stitch around all 4 sides of each panel, then began sewing the panels together..  I ironed the seam allowances flat, made my casing for the elastic and inserted it, and but a 1" hem on the bottom.  It turned out quite well, and I would love to try an 8-gored skirt some time!

There you have it: Skirt Sewing for Dummies!

If you want to take a look at what other, more creative souls have been up to this week, try visiting Natural Suburbia's Creative Friday.