It has been nearly two months since Dominic's "pirate birthday", and I had promised a tutorial on his spyglass, which his sister, Una, made for him.  As we have had another request for one from another lad in the family, I have had the perfect opportunity to photograph the steps involved.

First, you have to find two cardboard tubes that fit one into the other.  There can be a bit of play between the two (we'll make up for that), but not too much.  Now cut a piece off the end of the wider one about 1/2" to 3/4" from the end.  If this leaves ragged edges, take a piece of sandpaper to them. 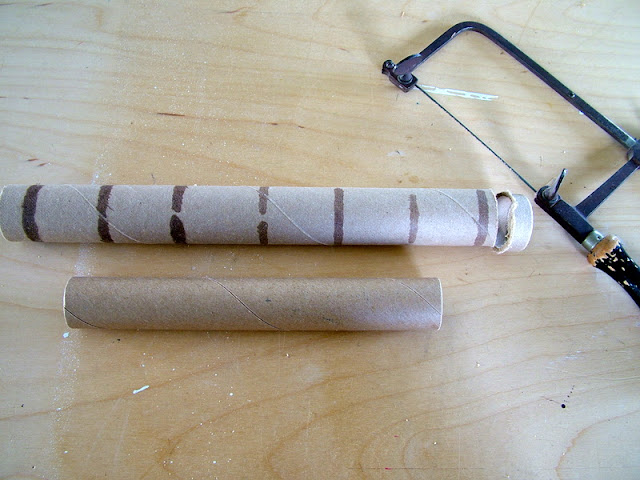 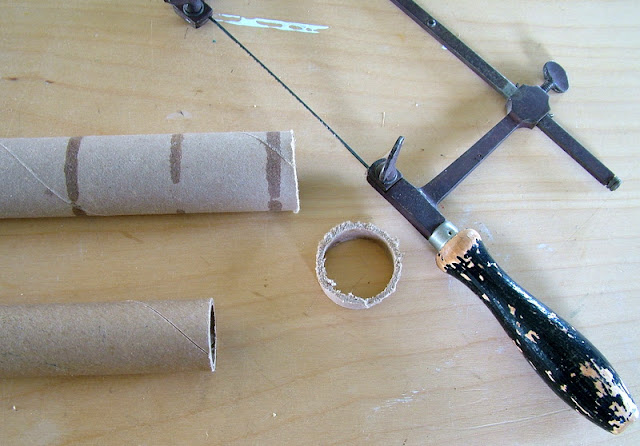 Now you will glue that ring of cardboard to one end of the smaller tube.  To make up for any play you may have in there, you can cut a strip of paper--any paper will do, but that cut from a brown paper grocery bag is quite good--the width of your ring and glue it around one end of the tube before slipping on the ring, so that you have no gaps between the two. 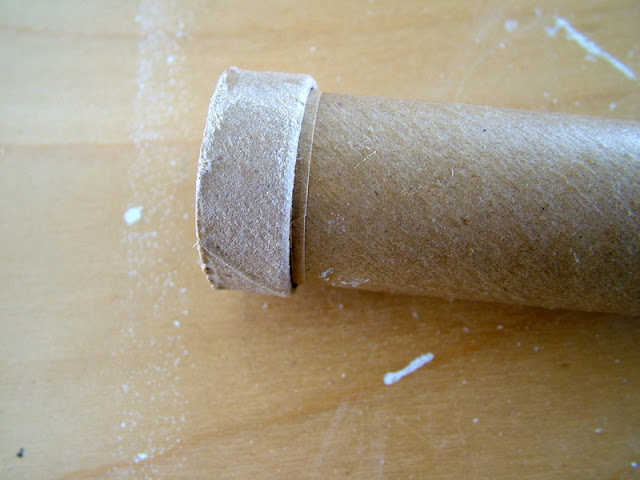 I used some 2" wide masking tape in the same manner at the other end of the tube to create a little friction, so that they were less likely to slip apart. 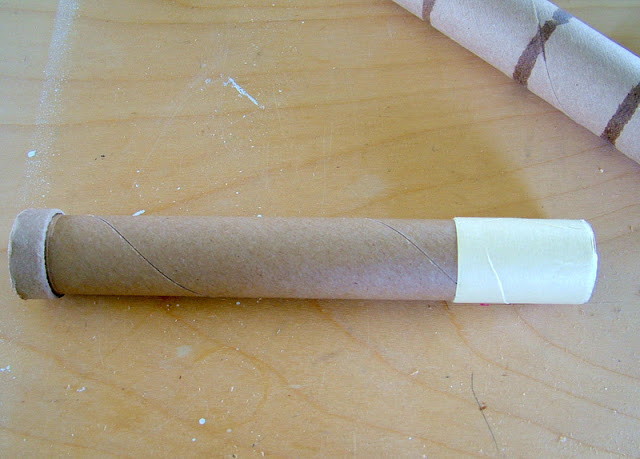 Test them out to see that they fit together nicely. 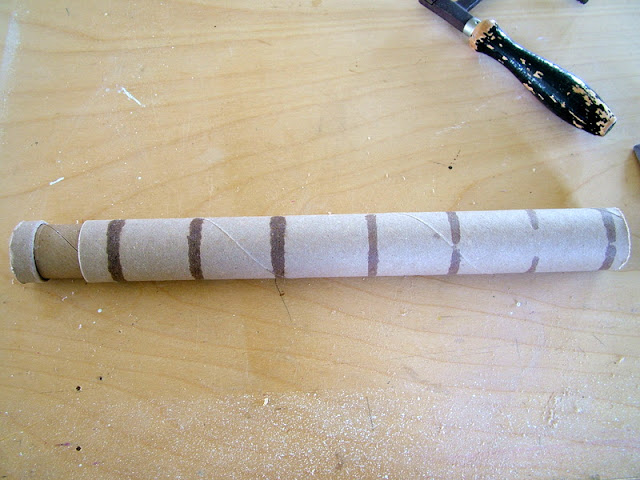 When the glue has dried, give the two tubes a nice coat of black or dark brown craft paint. 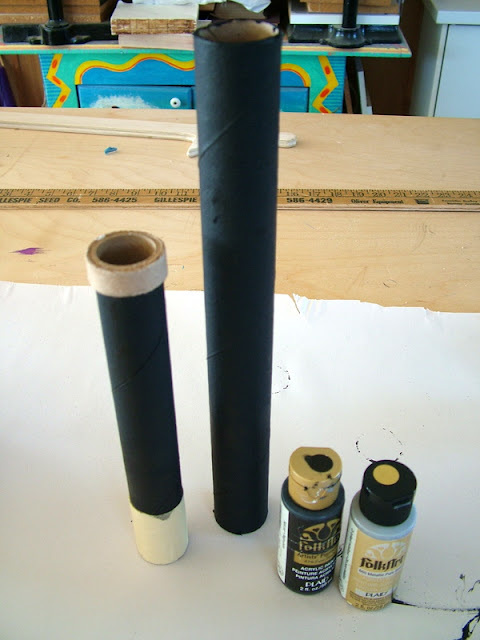 You can paint the ring of the eyepiece gold, along with the end of your spyglass.  When that is dry, give both sections a good coating of clear gloss acrylic coating. 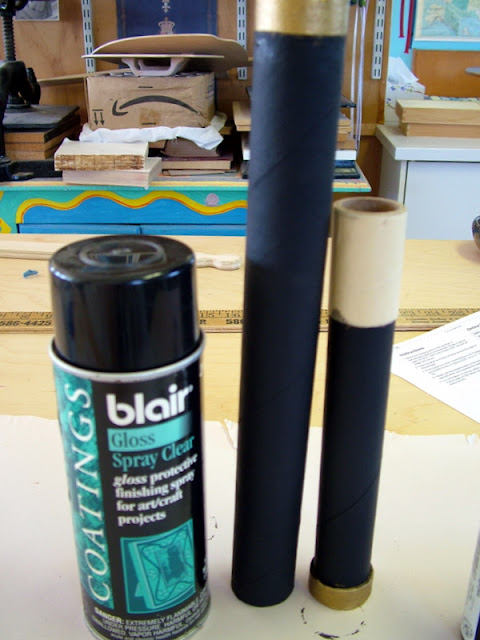 And there you have your spyglass! 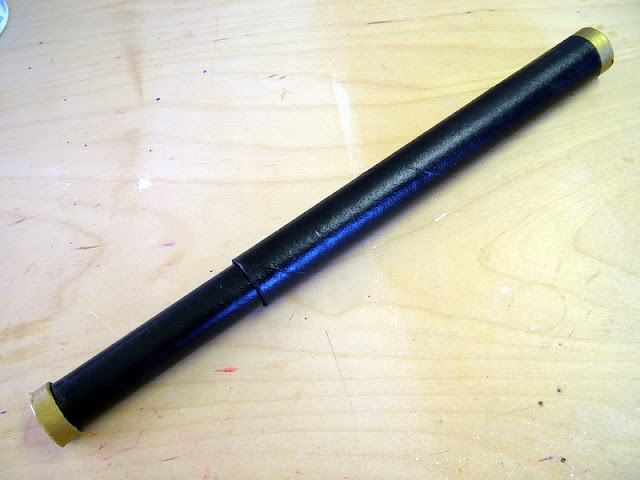 You are ready to go a-pirating with your favorite crew of cutthroats! 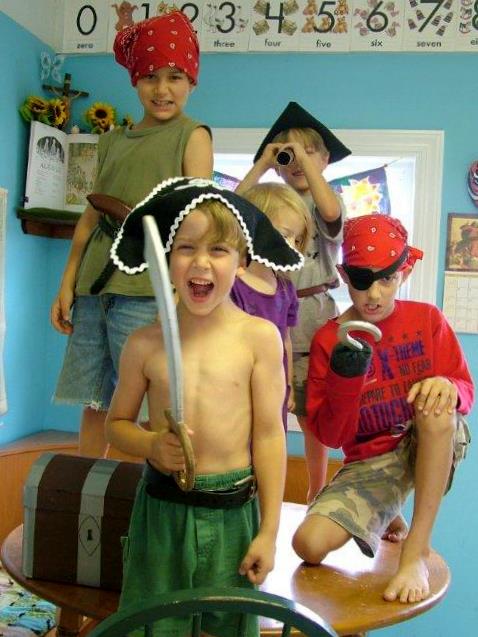