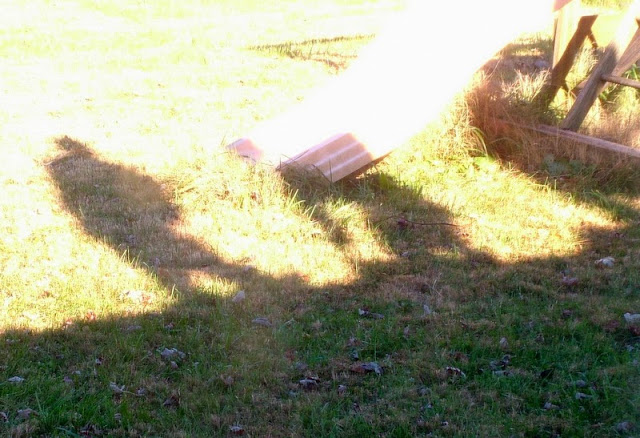 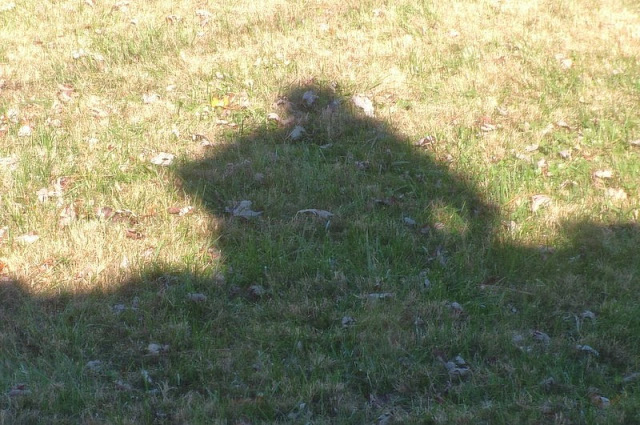 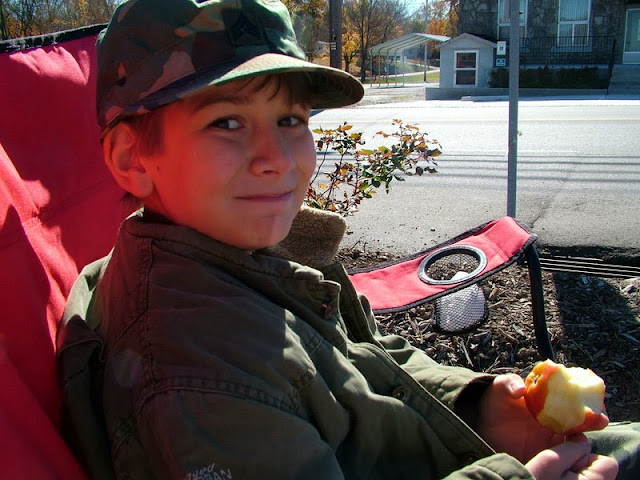 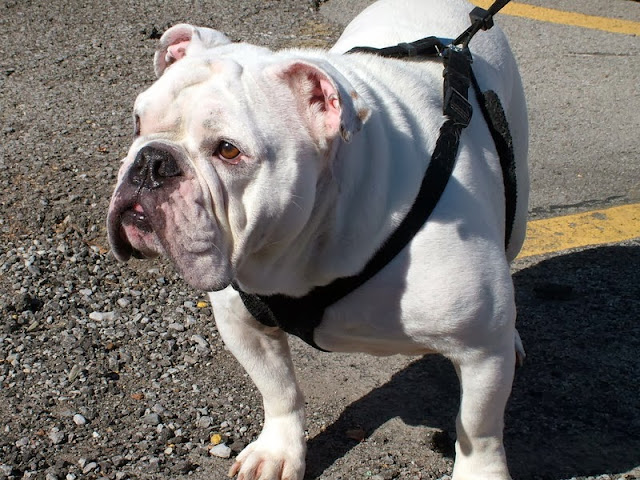 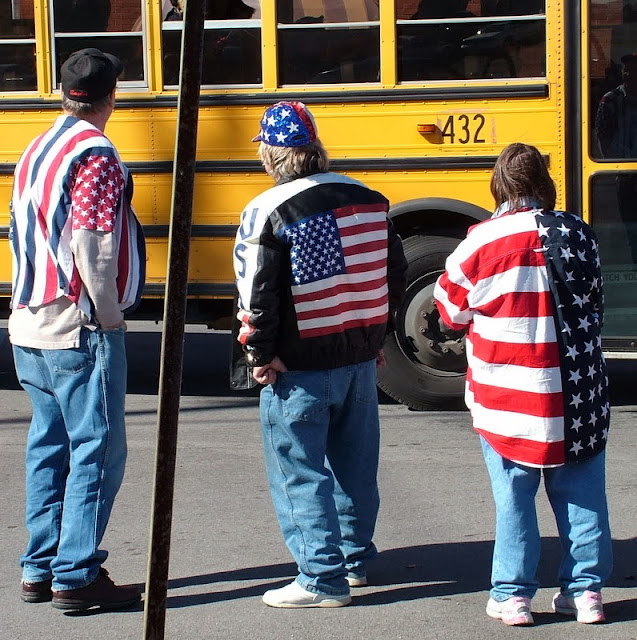 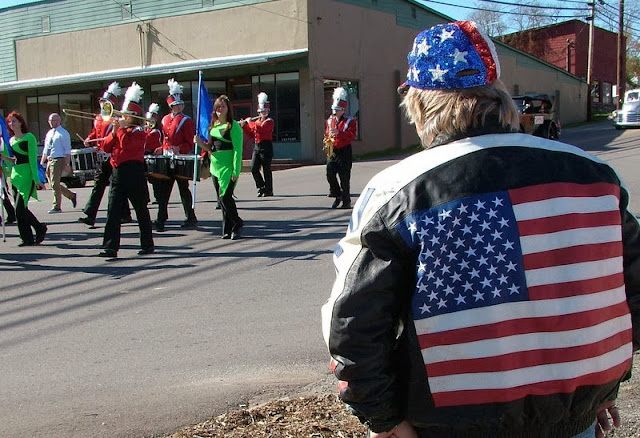 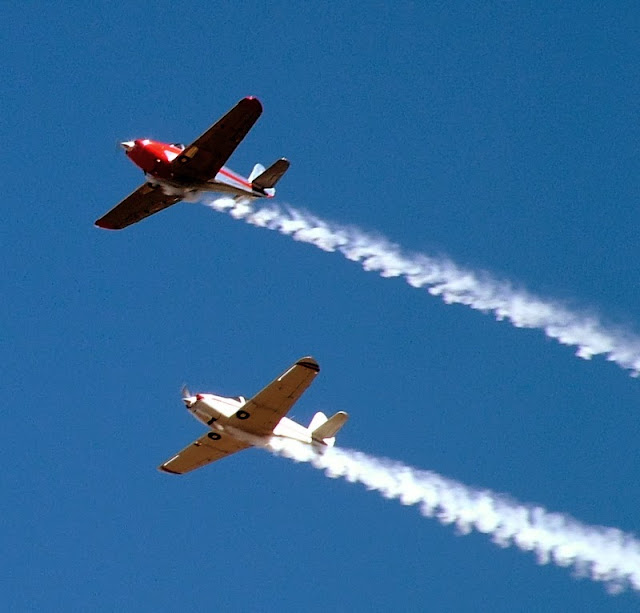 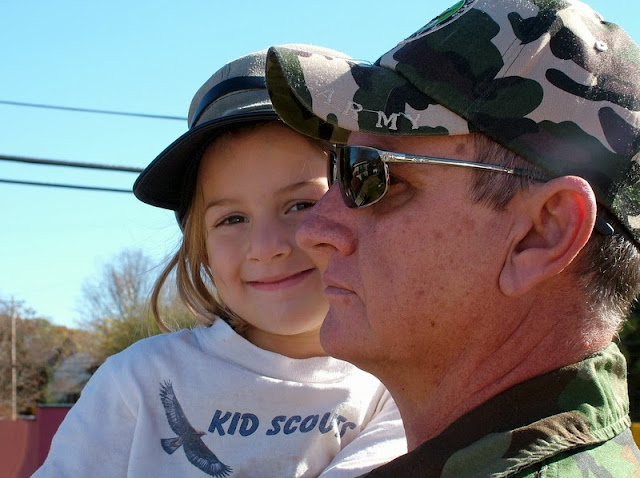 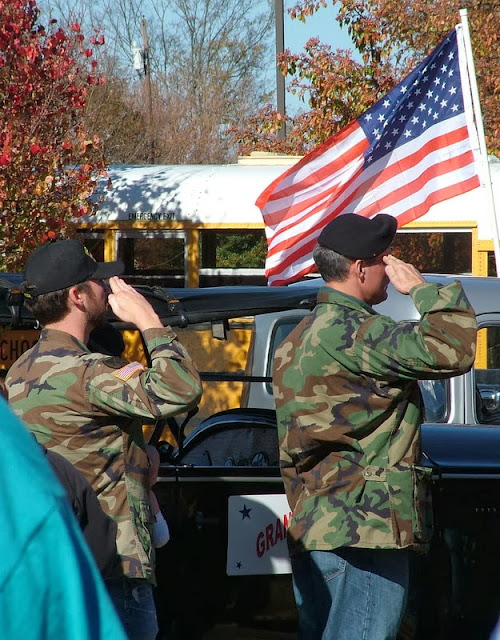 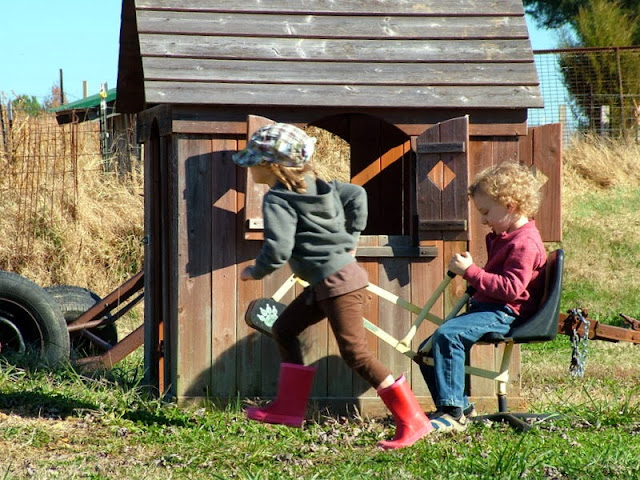 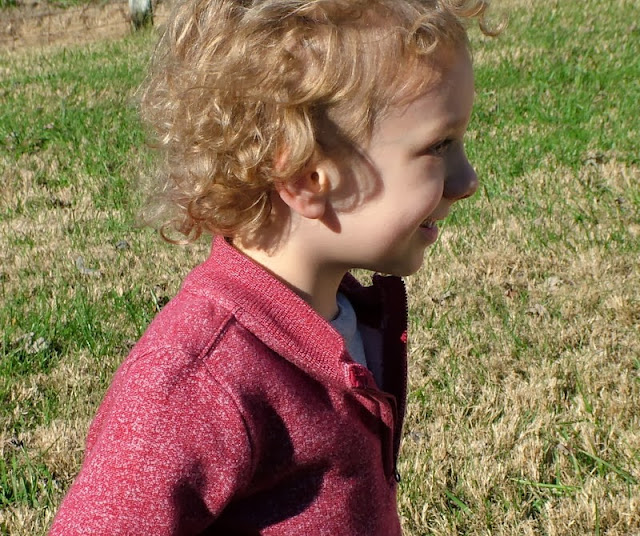 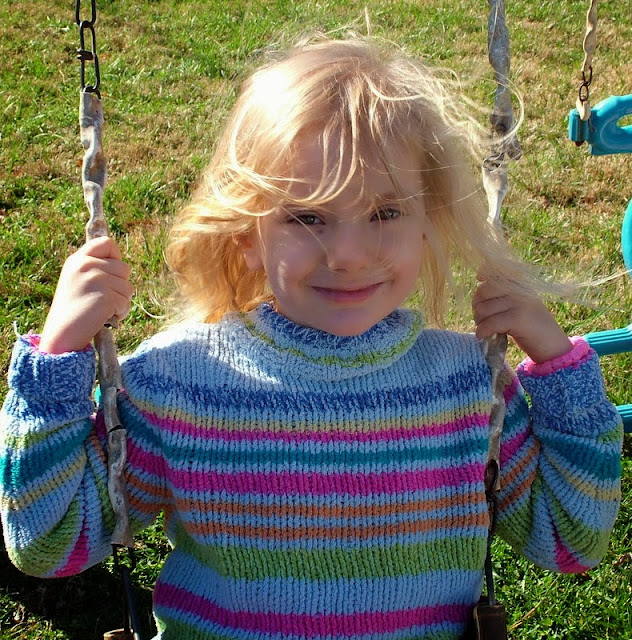 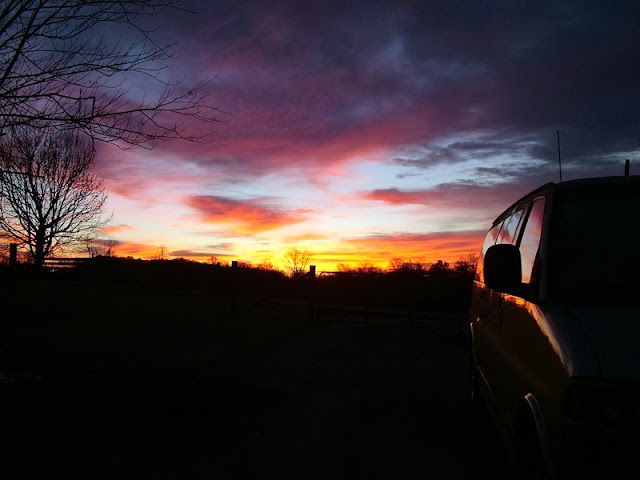 Shameful how little time I spend here these days, but I will be back eventually.  For the nonce, an occasional post just letting everyone know that I haven't fallen off the face of the earth will have to do!  Just thought I would stop by and give you a few bits of what's been up the last two weeks...

The top two photos are of some of the guys who put a new roof on our house.  6-8 men, two days of pounding and loud southern drawls (I actually relish it) and the two layers of old roof were off and a new one on.  Just in time, too, as we had some really big winds--tornado warnings in the area--some days ago, and it was nice not to spend the next day picking up shingles from all over the yard.

Veterans Day in a very small town...a handful of people, a little parade and some nice speeches from local vets.  It was worth going to just to show our support, but really--the 'parade' was a little embarrassing...

Una is in the throes of NaNoWriMo, and halfway into the month, chucked her initial novel and began something else.  I'm not sure how it's going, but I told her that it's supposed to be fun, and if she's not having fun, she needs to rethink her reasons for participating.  My own writing has slowed a bit as I try to overcome some plotting problems.  I've not tallied my words lately, but I'm guessing I'm at about 36,000--halfway through?  Or maybe more, if it wraps up sooner.  For better or worse, it has become an obsessive pursuit, overtaking my reading and knitting time.  If I'm not writing in my free time, I'm editing, tweaking, polishing or at least thinking about writing.

Dominic put a pitchfork into his foot.  Very Dominic of him to do so.  He sticking it into the ground repeatedly and somehow missed the ground and hit his foot.  Luckily the boot and sock slowed it down, and the wound wasn't too deep.

I can now run one and a quarter mile on the treadmill without stopping!  6 weeks ago I couldn't go a quarter mile without feeling as though my chest would explode and my thighs catch fire.  So we are making progress!  I am inspired by my midwife, who never ran at all before 52, and is now 56 and runs marathons.  Not that I want to run marathons, but I'd like to be fit enough to do so if I chose.  Being 50 and having a 4 year old is good enough incentive for me.

And on the topic of being 50:  I turned 50 on the 15th of this month, and had a nice day of it.  Bret got me a little thing to rest my laptop on with a built-in fan so that it doesn't overheat.  I needed one of those, because my laptop is generally on my lap.  And my mom and sister pooled resources and are financing my camera upgrade!  I'm so excited.  Ginny, of Small Things--who takes some of the loveliest photos on the web, in my opinion--took time from her crazy day, complete with new baby, and gave me some great advice on what to buy within my budget, so I'm all set.  By this time next week, I may be fiddling with a new Nikon!  Maybe that will inspire me to get back to this blog.  And yesterday I received a lovely reliquary crucifix in the mail from my dear friend, containing the relics of several Passionist saints, including St. Gabriel Possenti and St. Gemma Galgani, for whom two of my children are named.

I also got lots of wine.  My friends and family know what makes me happy...

Bret, along with a dear friend, have gotten about 1/3 of the new Patch O' Dirt farmhouse wired.  This is a Big Deal, as we are going on 3 years in March since breaking ground on the property.  It's slow going when building a big house on your own.

Today Bret's working for chickens.  He's trading labor for 7 new hens, which is a good thing since our 4 ladies seem to be molting and we are getting about 1 egg a day.  Yes, we are buying eggs right now.

Well--it's time to get on with this day.  I leave you with a recipe we made this week which was really delectable:

Coconut Baked Oatmeal--you need to make this.  I altered it slightly, in that I made it with milk instead of cream, organic sugar, added about 1/3 cup melted coconut oil and used almond extract.  It was soooo good!