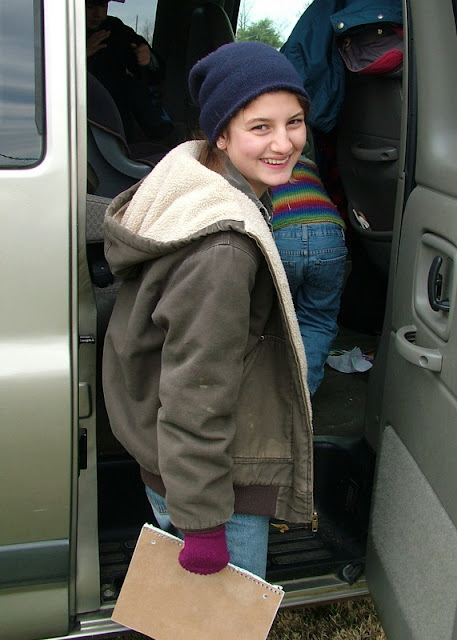 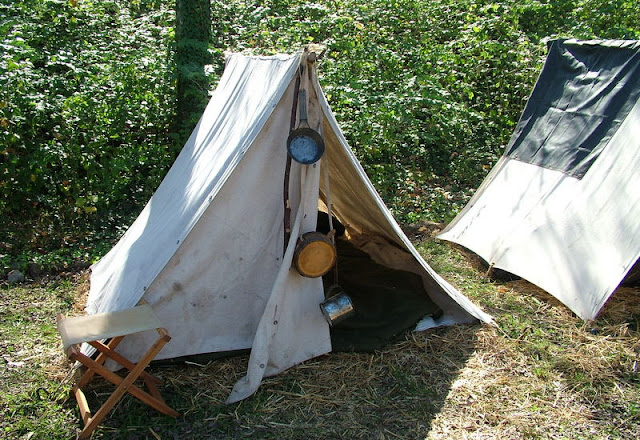 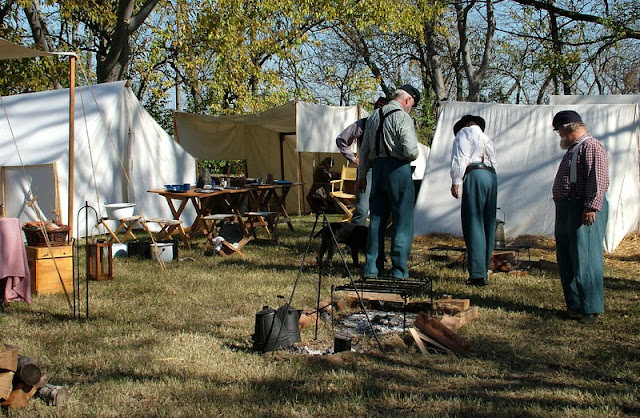 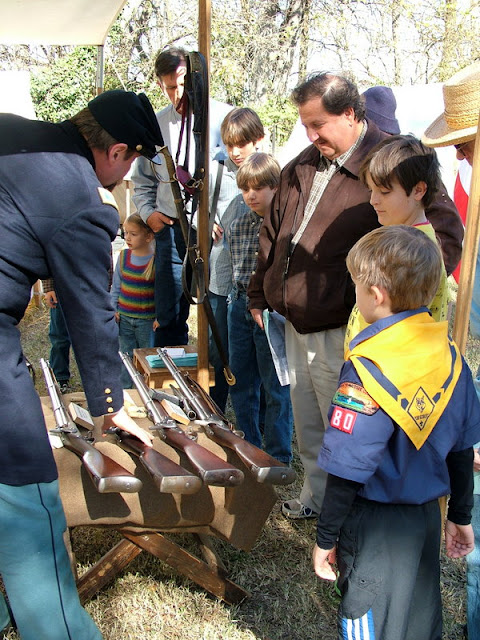 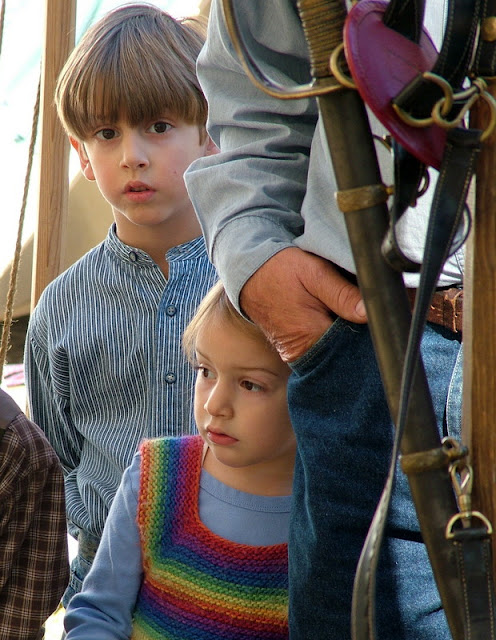 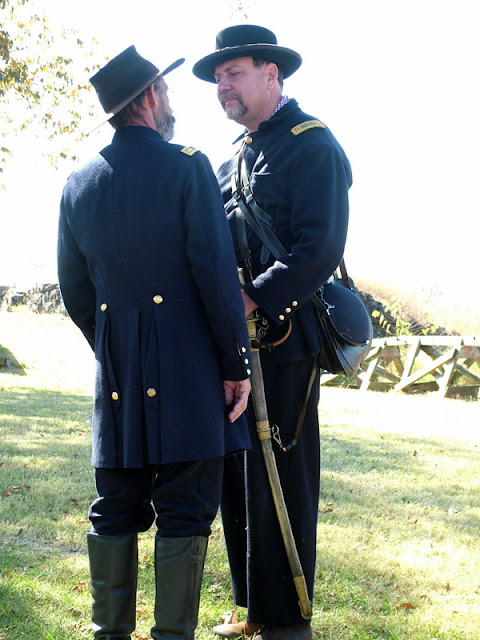 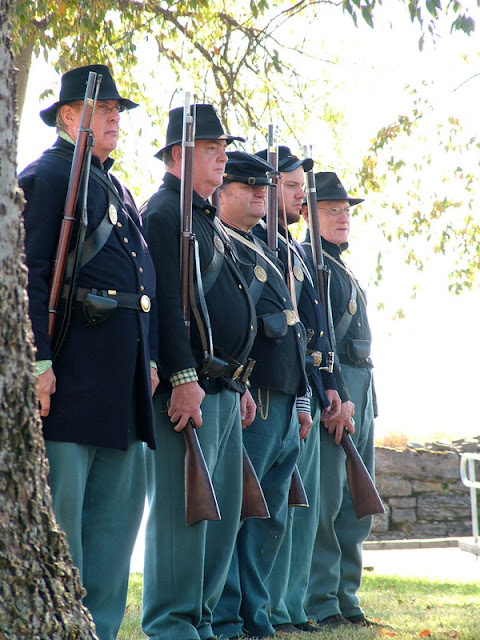 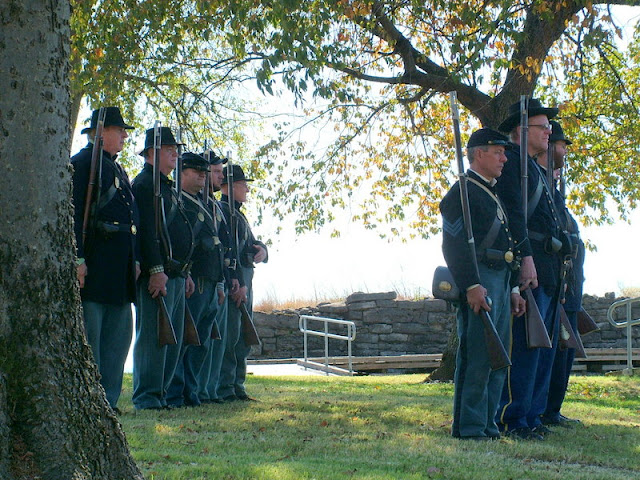 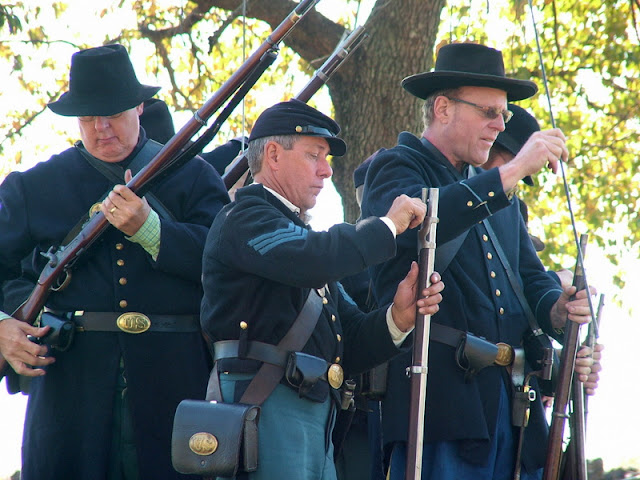 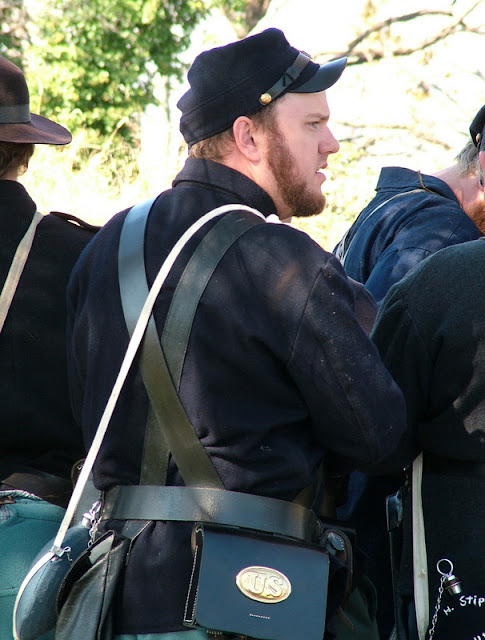 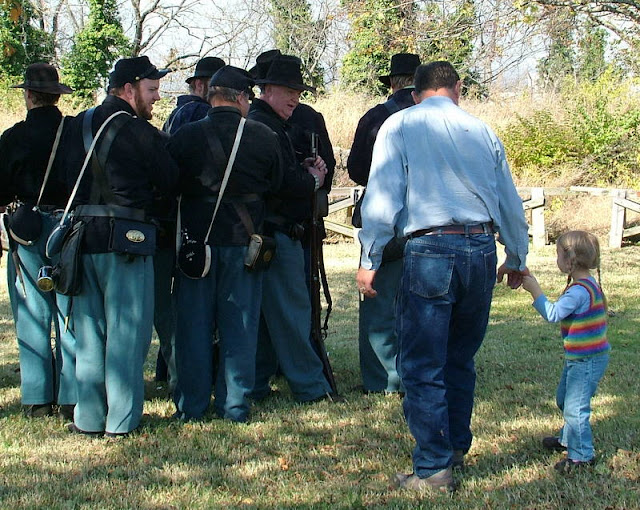 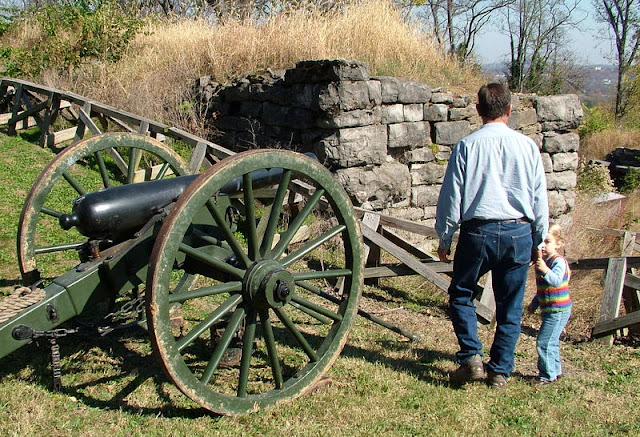 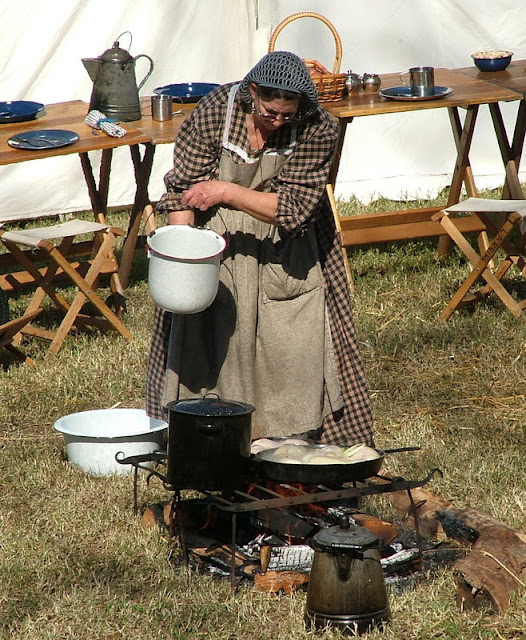 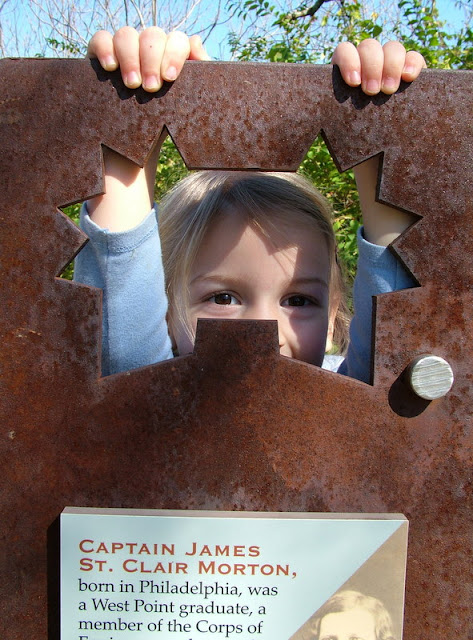 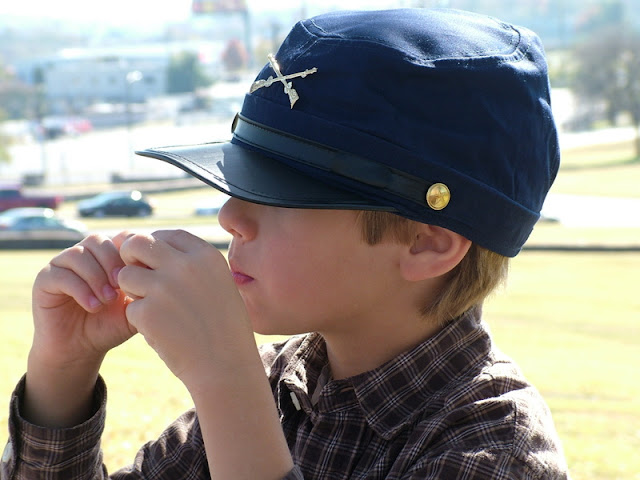 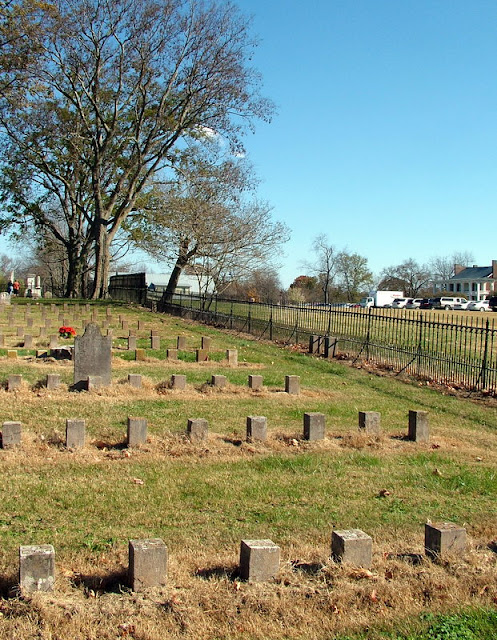 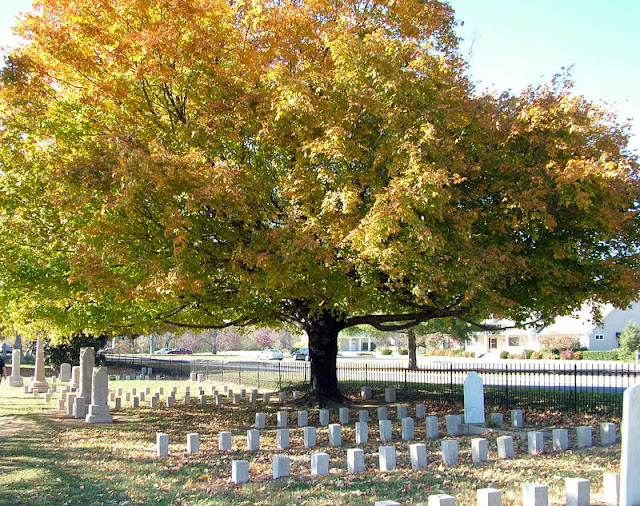 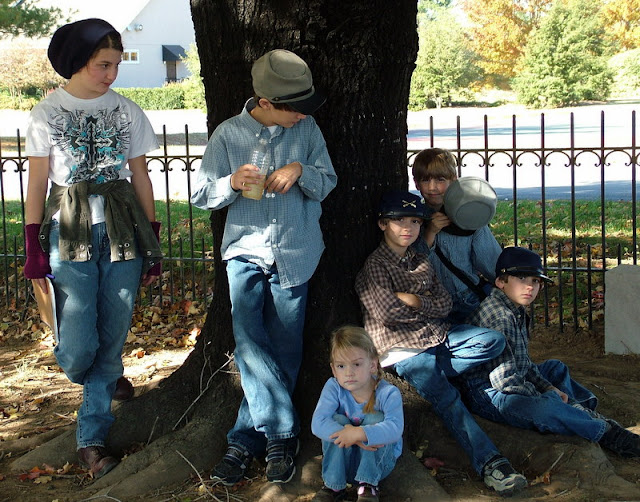 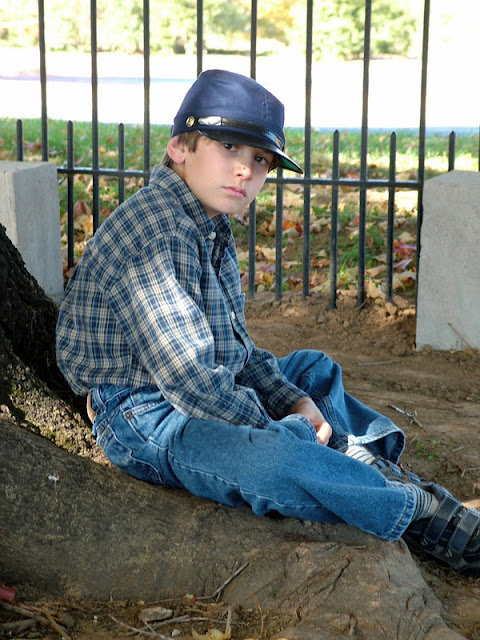 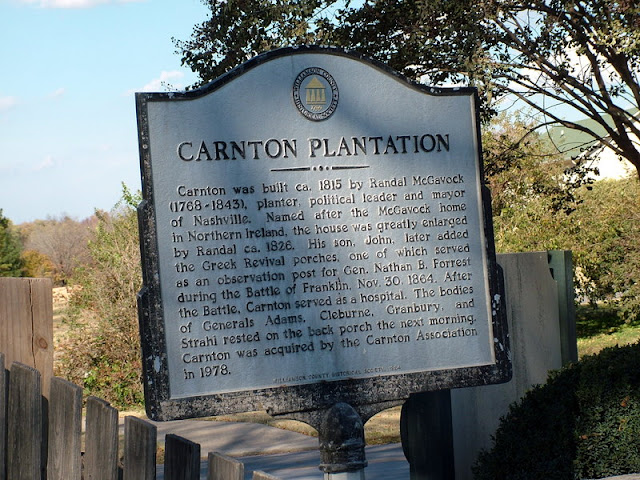 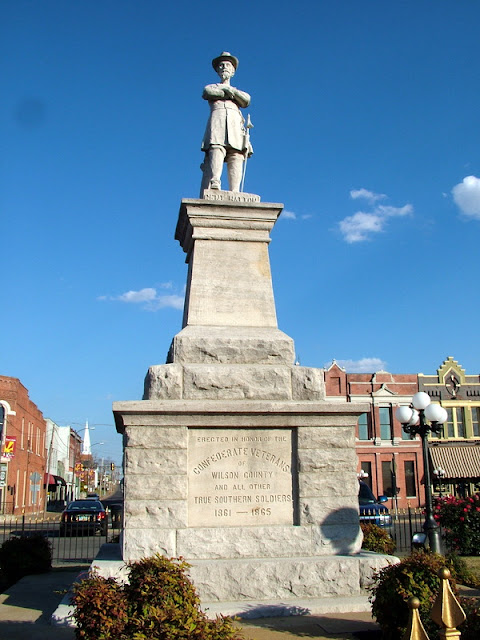 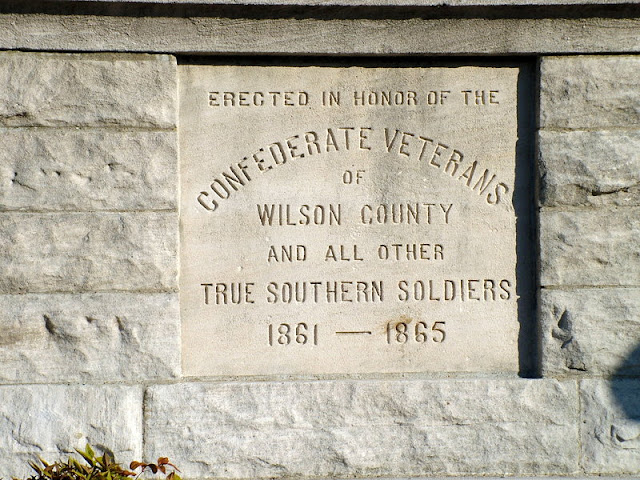 There is quite a lot going on in our area with regards to Civil War history.  This year marks the 150th of a number of battles, and it was in November of 1862 that the Union Army occupied Nashville.  Since we are spending the whole school year concentrating on the Civil War (first and overview, then focusing on the South, and finally looking at the war in Tennessee and Kentucky), we decided to visit the nearest spots.  Fort Negley is just about an hour's drive, and although we weren't aware of it, they had some events planned for this weekend.  We watched a presentation on the photographs of George Barnard (the only photographer contracted by the federal government during the war), talked with reenactors and saw a demonstration by a group of reenactors from Illinois on musket loading and firing formations.

After a picnic lunch--the weather grew quite warm in spite of a chilly start), we drove to the Carnton Plantation.  I had called and been told that there were to be reenactors there as well, and that there would be a skirmish at 2:00.  Imagine our disappointment when after paying $30 for the lot of us to tour the cemetary and grounds, we find that the skirmish was at noon, and the reenactors were all packing up to leave.  I was fairly miffed.  I voiced this--politely--to the lady who took my money, and her heavily made up facade showed a little sympathy, but not very much.  Bret said to look at it as a donation for the upkeep of a historic
site.  I reminded myself that we hadn't paid anything for the nice time we had at Fort Negley, and that helped my get over some of my ire.

On the way home we stopped very briefly at the square in Lebanon, TN, to read a historic marker by a statue, and Sebastian informed me that he split his molar.  No kidding--he bit a toffee peanut and the tooth is cracked down the center.  Obviously, it was already damaged with perhaps a hairline crack in it.  Naturally, we can't get to the dentist before tomorrow, and I will be in Nashville with Dominic for his hernia surgery at Vanderbilt.  I have a call in to a pediatric dentist--a 40 minute drive--and hopefully Bret will be able to take him (all the other kids in tow) to have the tooth repaired or whatever it is they'll do.  It is an adult tooth, and I feel sort of sick about it.  The major drawback to having a large family, as I see it, is not the additional expense, but the additional worry.