I am joining Ginny's Yarn Along over at Small Things, and this week's "finished project" is a wee bit of a cheat, as the buttons aren't actually sewn on yet, but I ran out of time for the shot.  Adrian's birthday isn't until the 5th of February anyway.  The choice of buttons, which I found on Etsy, was inspired by our family's   slight obsession with The Lord of the Rings (the book and the movies).  I really was looking for some sort of celtic/horse design that would be reminiscent of  Rohan, but came up with nothing of that type (but for a $63 antique collector's item!).  So these will have to do, and I am very happy with them.  The plain, brown sweater needed something a little flashy. 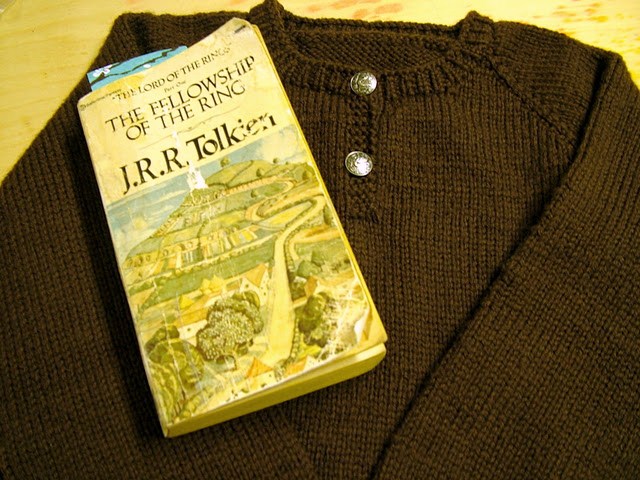 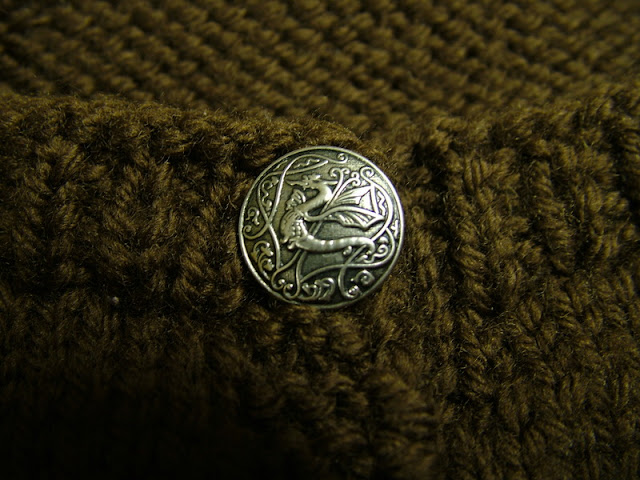 I actually am reading The Fellowship of the Ring right now.  I haven't read it since high school, and I am borrowing Una's well-thumbed copy (um, Una, what happened to pages 85-86...?).  It is slow going, as I knit more than read in bed, generally.

My next project is something little and hopefully quick:  a slouchy hat for Una.  I have a long queue of sweaters I want to knit, but I need to do a few quick projects after doing 6 sweaters in 8 months. 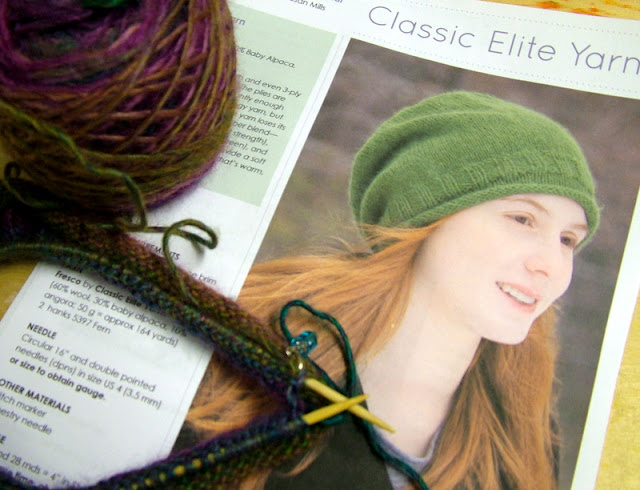 I hope to get a look at what everyone else is doing later today...
Posted by Nadja