A Happy Feast of St. Nicholas to you! 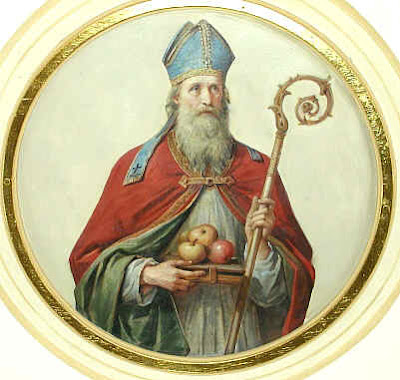 Yesterday was a challenging one--abysmal rain all day, cooped-up kids bickering incessantly, a long to-do list and then, as I was preparing throw in a load of laundry, start the dishwasher and get started on dinner, the water pump went out.  No water.  It was going to be dark soon, and it was nearly milking time.  Bret tested the switch and the fuse, and went to dig in the back of the house to find the wiring.  Not fun to think about, working with electricity in a driving rain.

Bret told me to tell Sebastian that he would have to milk Nuala on his own.  Now, Sebastian is 10, and he has been going out with Bret to help with the milking for the past few weeks.  He had a scare a couple of weeks ago when he forgot to tie Nuala up and she finished her bit of grain and decided to leave the barn, knocking Bret off his stool and onto his back.  Sebastian was stricken with self-reproach, and had a hard time going out the next day.  Anyway, Sebastian had never milked on his own without Bret standing by, so he was rather pale as he went out, like one on his way to the guillotine.  I sent Una out just to give him company and moral support.

Bret tried to fix the problem, but in the end had to call an electrician, who will be coming out here this afternoon (yes, I have been doing everything with some gallon jugs of stored water).

Before bed last night we made ready for the visit of St. Nicholas.  The kids cleaned their boots and I made some last minute preparations. 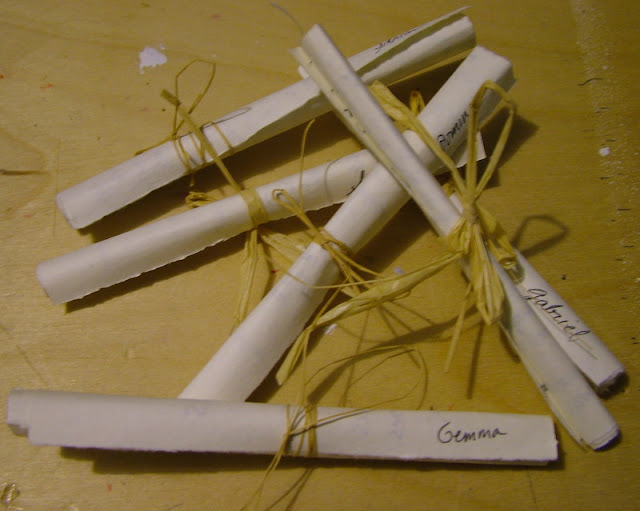 I think my favorite family St. Nicholas tradition has become the writing of the note from St. Nicholas, which has been done for the past three years.  Oddly, I really do feel that I am inspired by the Saint to write the things I do.  These notes of encouragement usually focus on what the child has been doing well this past year and an area where the child ought to seek to improve.  There are little precautionary admonitions and praise for growth in one area or another.  I save these so that the children will have them to look through one day.

We left a candle burning to greet St. Nicholas.  And, of course, he came. 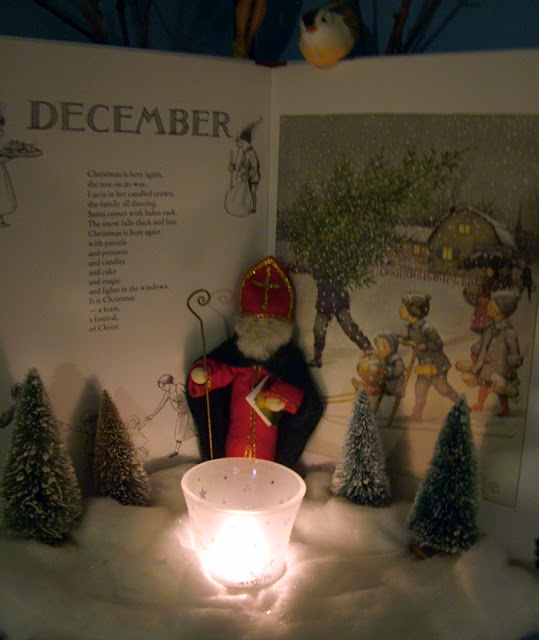 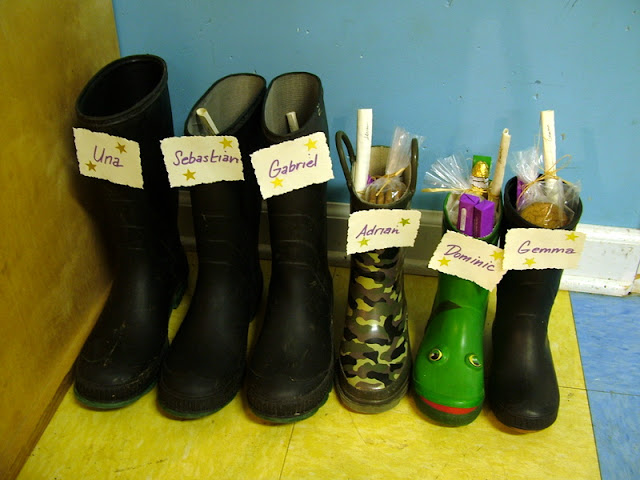