Over and done with

Dominic did really well today with his surgery.  He has very little pain (in fact, I haven't had to give him anything for pain at all yet), and although he is a bit quieter than usual, seems to be very much his usual self.

It was a bit tricky getting him out of the house without so much as a sip of water this morning.  My mother drove us in and Bret stayed home with the rest of the gang. 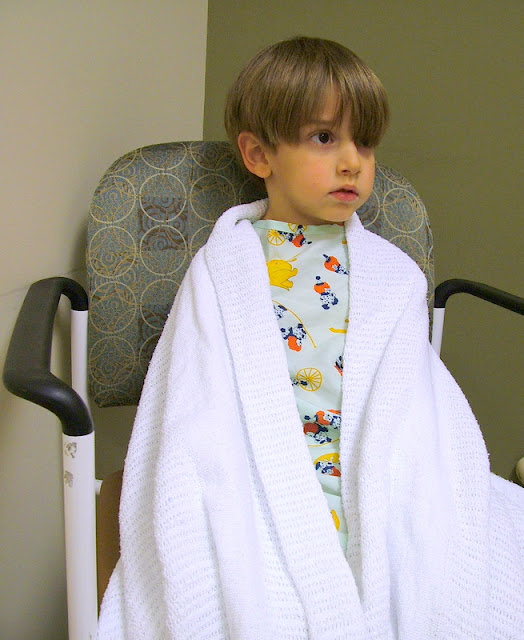 I asked him several times whether he was nervous, and he assured me that he wasn't, but he was unusually quiet.  He did everything he was asked to do without question and without comment.  Not at all like him.  When they gave him the oral sedative, I figured he would get relaxed and laid-back, but no, it had just the opposite effect on him. 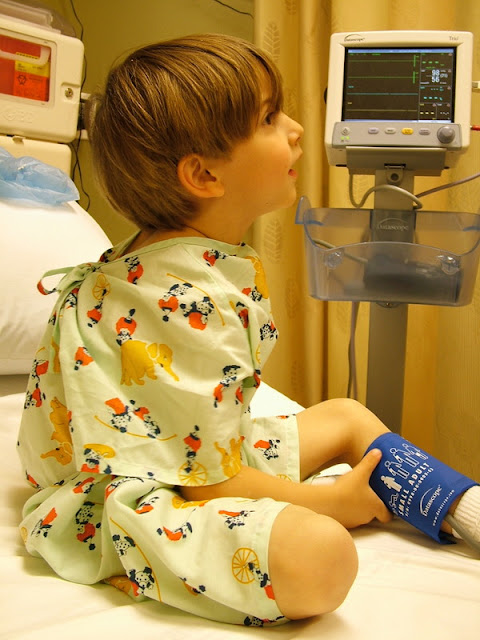 He rather quickly lost all inhibition and became a giggling mess, like a four year-old drunk. 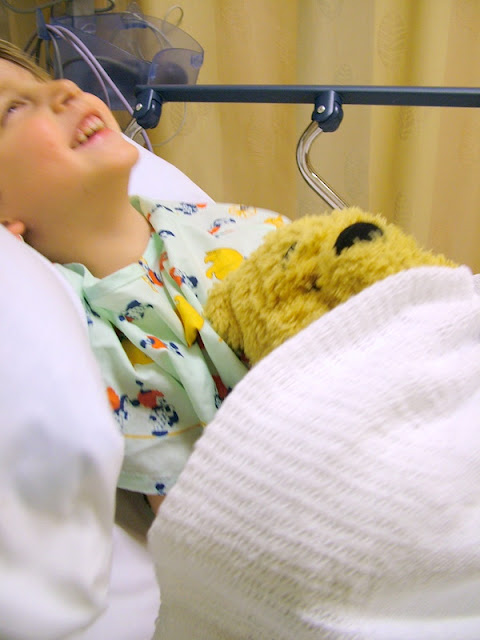 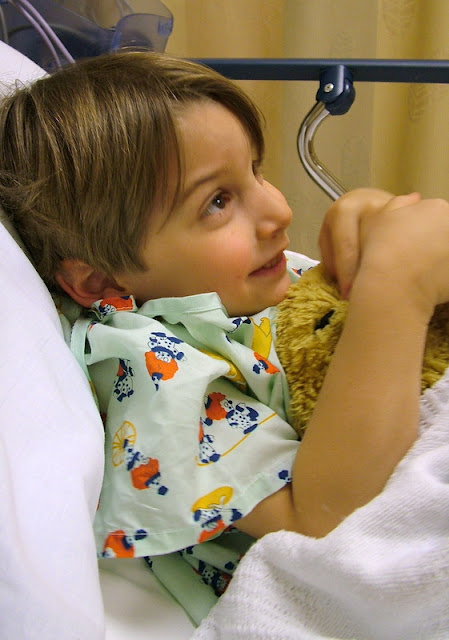 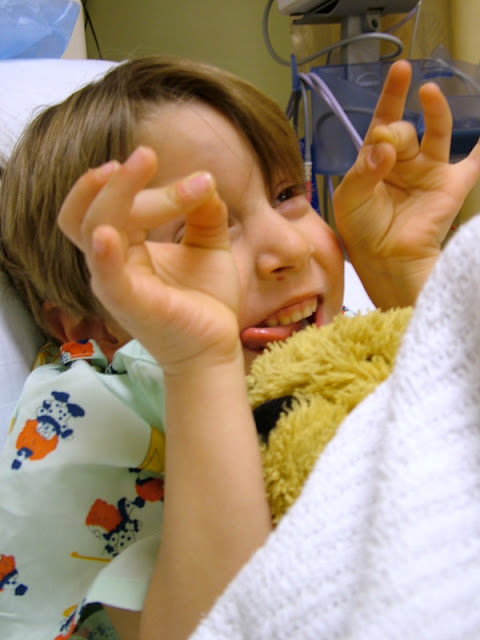 At one point he exclaimed loudly, "I gotta pee!" and I went with him to the toilet.  I had to carry the boy, as he was quite legless. 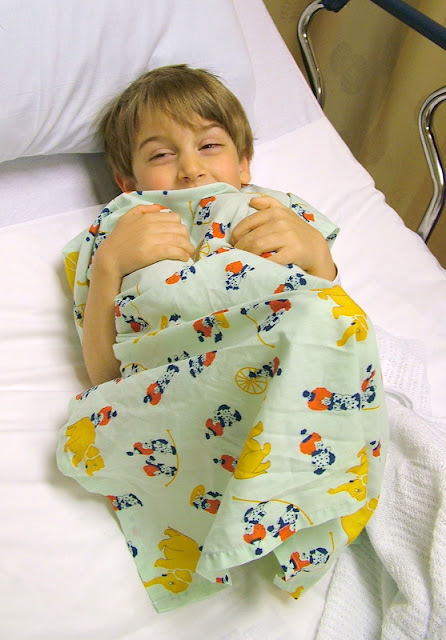 Everyone seemed to get a kick out of the stoned four year-old as we made our way to the loo.  He couldn't stop laughing, and when we got in there, he squealed, "I'm gonna pee on myself!"  He refused to sit up on the toilet, insisting on standing, so as I tried to hold him up, pull up his gown and pull down his underpants simultaneously, I hissed, "Don't you dare--I didn't bring spare underpants!"

They wheeled him off hiding beneath Pooh Bear.  That's when I had a hard time holding myself together.  I was glad when they asked me to sit in the waiting room.  Having other people around kept me from falling apart.  I didn't get much knitting done (knit five rounds and had to rip out three of them), and I was reminded of how very much I detest television. 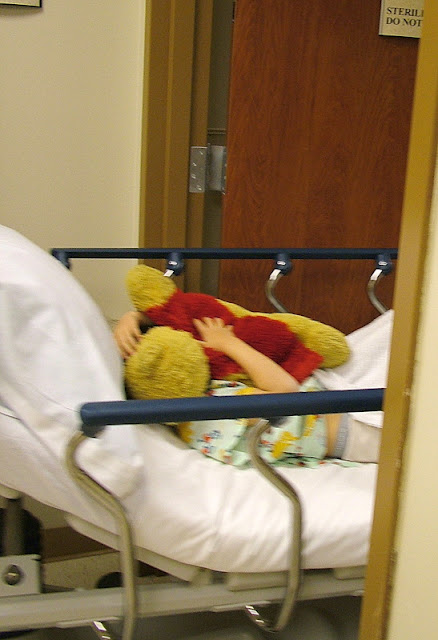 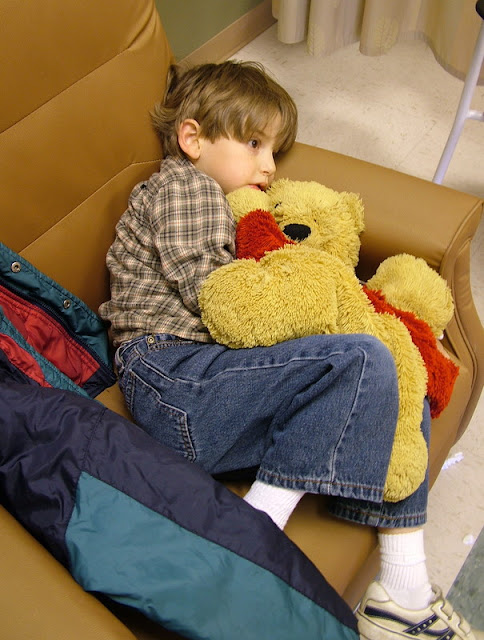 Waking from the anesthesia was the hardest for him.  He had an IV in his hand and he couldn't get oriented.  I sat in a rocking recliner with him on my lap as he drifted in and out of sleep, crying intermittently.  Finally, he dozed off for a good half hour, and when he awoke was quiet and told me he wanted to go home.

The hardest part for me will be getting him to submit to ear drops twice a day, when he detests anything in his ears since his last ear infection.  He cries at the mere mention of them.  That is going to be a struggle.  That and keeping this very active little guy quiet for several days.
Posted by Nadja