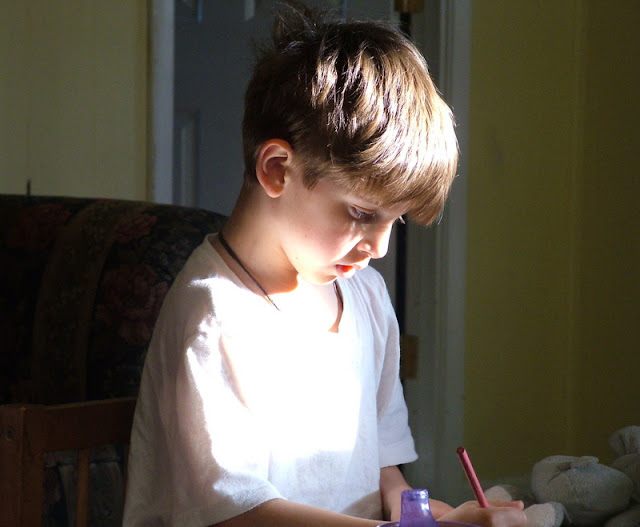 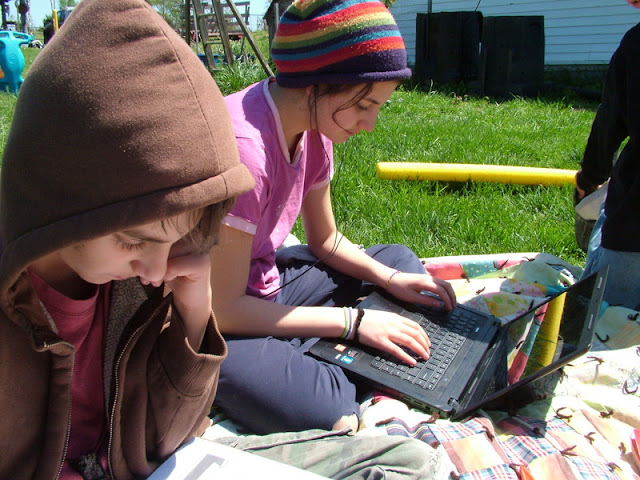 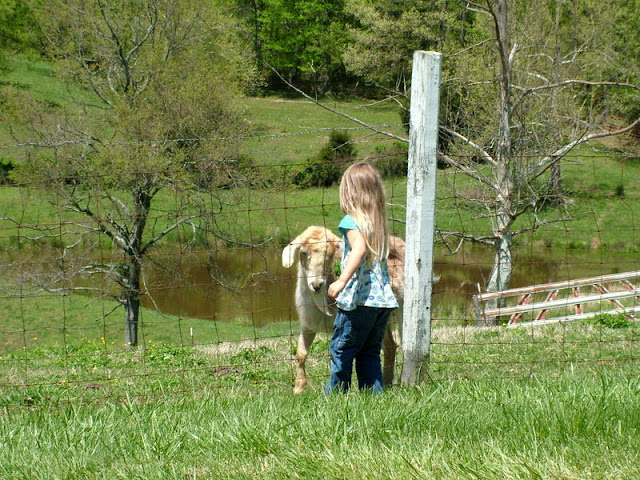 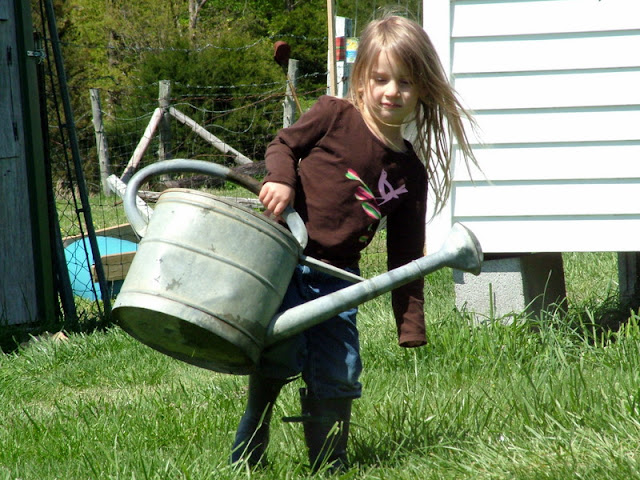 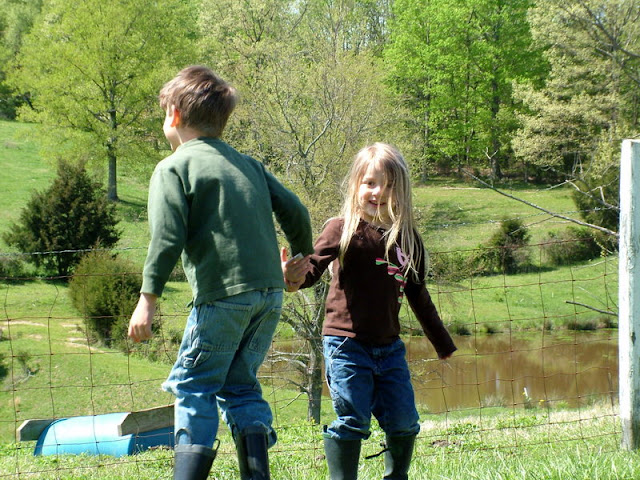 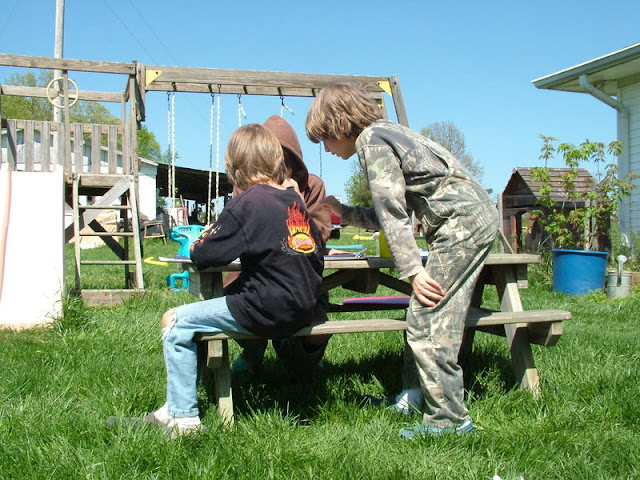 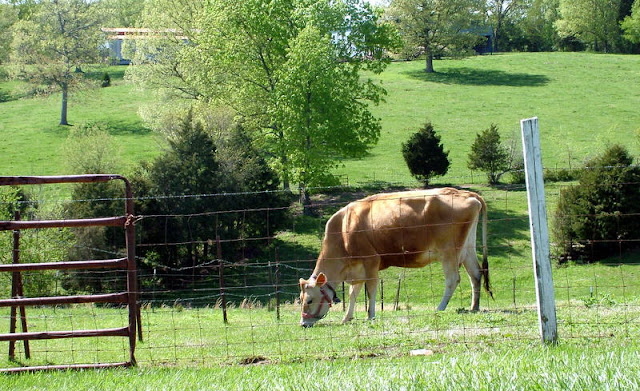 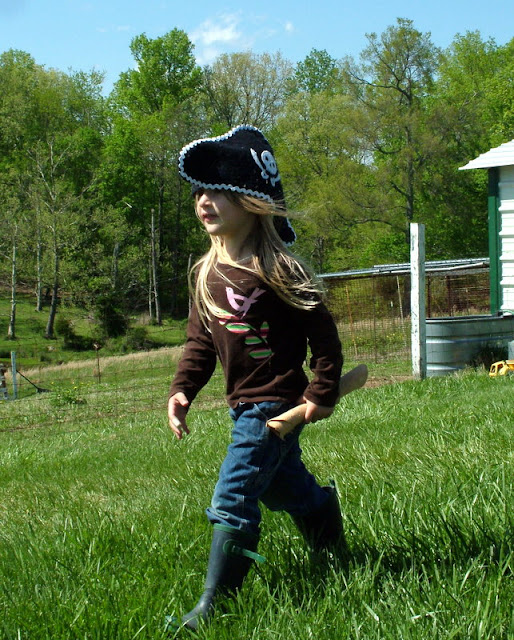 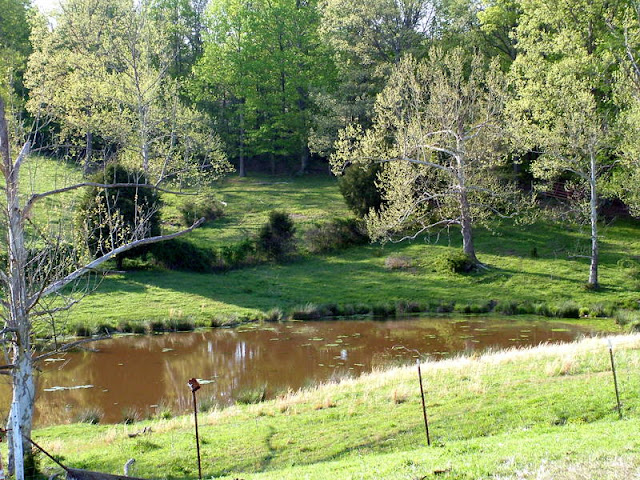 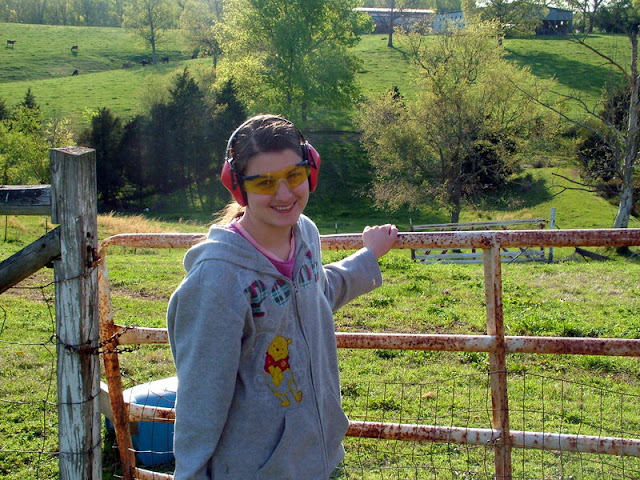 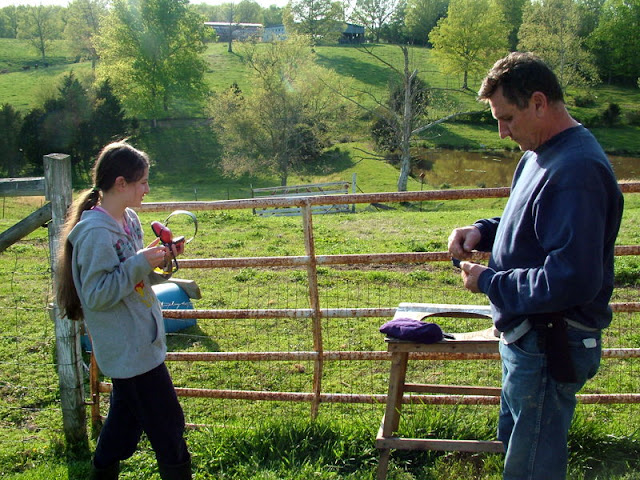 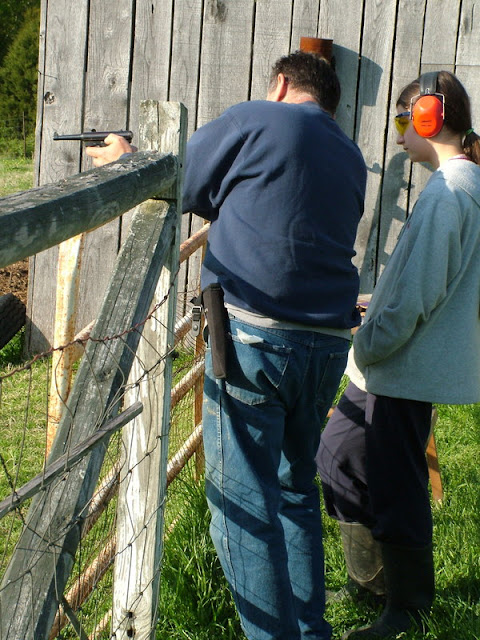 It's been a nice week, all things considered.  Una turned 14 on Tuesday, and I didn't blog about it because we aren't celebrating until Sunday, although she did get her presents to open on her special day.  I still find it hard to believe that she is 14, and all maternal affection aside, I truly take delight in her company.

All the photos here were taken Thursday.  I pulled out the quilt before lunch, and we spent the day outside.  It is that small window of time that is after the chill and before allergies, heat, humidity and insects, and I am trying to take advantage of it, which means that I end up pretty much neglecting what needs to be done indoors.  That works for me on a day as lovely as Thursday was.

Thursday evening, a stray dog showed up, a boxer mix, young and quite friendly.  The kids played with him and I hoped fervently that the dog would be gone in the morning, since he was hanging around after all the kids were inside.  When Una went to lock up the chickens, the dog was still about...and there was another opossum in the barn.  They seem to be drawn by the cat food, which is of course better than having them drawn by our laying hens, but it seems that Bret has to dispatch one nearly every week.

This morning the dog was still around, and he went into the chicken coop and chased the hens, so we had to call animal control to pick him up.  Living in the country, we do have a great number of homeless animals wandering about.  So they picked him up, and it was rather sad--we are all praying that he'll be adopted.

And a man came out to do a termite inspection, and yes we need treatment.  Ick.  Major expense, but certainly necessary.

And today it is raining...
Posted by Nadja