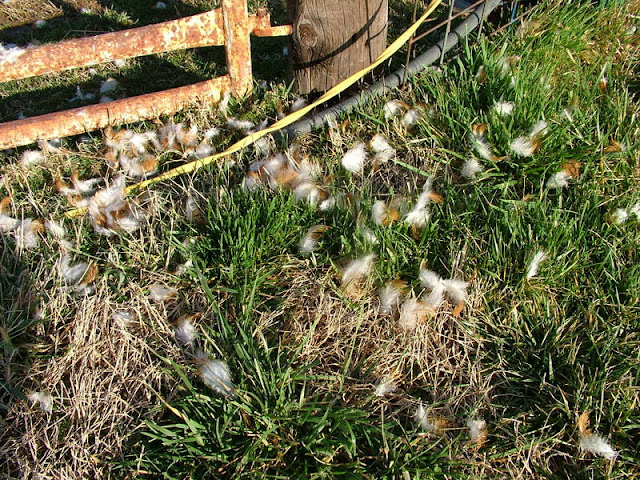 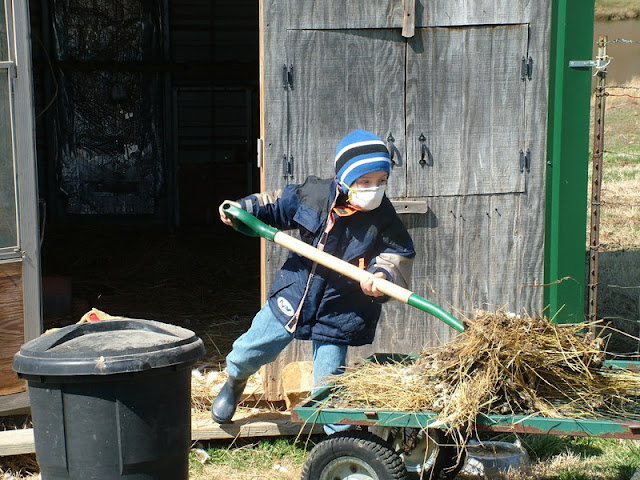 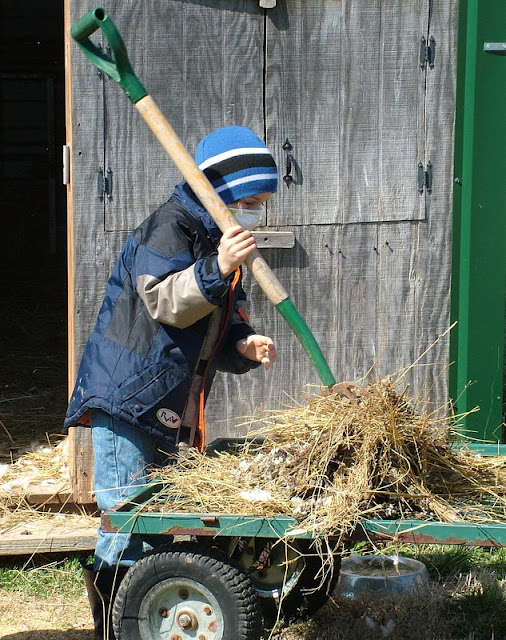 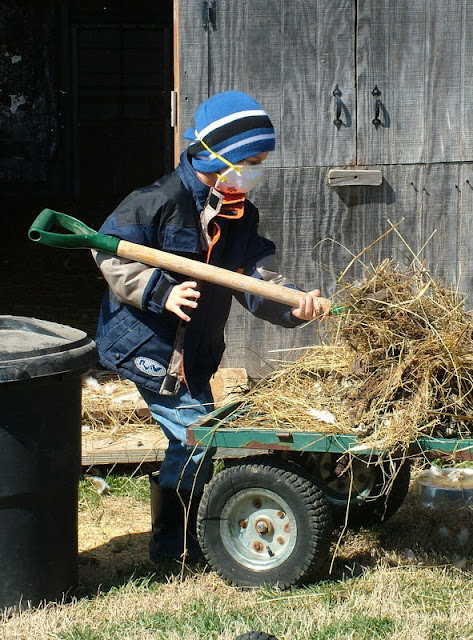 Doesn't that title sound dry?  Like something from a 1960-ish black and white high school film?
I went to a homeschool conference on Friday, and listened to Ginny Seufert speak, and one of the questions she put forth was, why is America raising a generation of brats?  Then she talked about American parents being "providers" for their children, who are generally "consumers".  After generations of American kids being indispensable to their families, working hard on the family farm or store or restaurant, or aiding their families in other ways, parents have become the chauffeurs, valets, cooks and maids for their offspring.

Mrs. Seufert made the point that giving kids work to do for the family--hard work, important work--gives the children a true sense of self-esteem, as they realize that the family relies on them; not the fragile self-esteem that comes from the false praises so readily handed out to children today [6 year-old goes down a slide at a playground and parent applauds: "Way to go, Tommy!"].  The latter type of self-esteem will be crushed at the child's first foray into the world of grown-ups.  The former is true and real, and can be built upon.

The night before last Bret shot a huge opossum lurking in the barn.  Adrian, 8 years old, has been in charge of gathering the eggs and locking up the hens at night.  Well, this morning Una reported that the hen house door had been left open last night and that something got one of the hens.  One was missing and there were feathers all around the hen house.  Now, I couldn't exactly punish Adrian for not remembering to lock them up--he didn't purposely forget.  But I needed to make him realize that because of his error, we are going to go from having 21 eggs a week on average to only 14.  That pretty much means that eggs for breakfast is not an option unless I don't use any for a full week.

So I had him suit up and clean the hen house.  It's hard work, and his oldest brother supervised, but he got it done and I tossed him into the bathtub after, because it is dirty, smelly work.  But he came in feeling really good about himself, which would not have been the case if I had merely taken away privileges for his oversight. 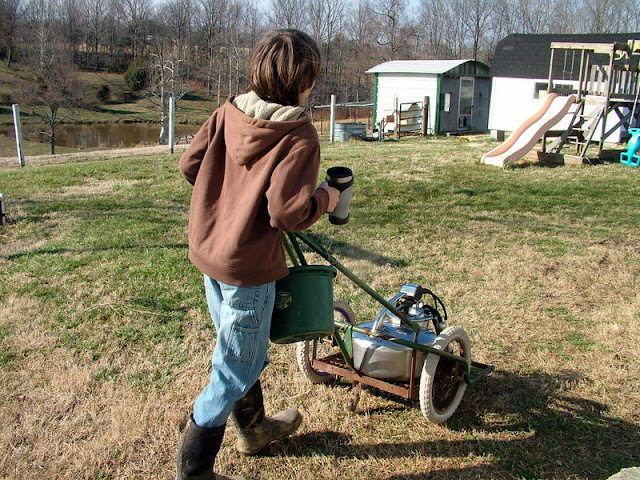 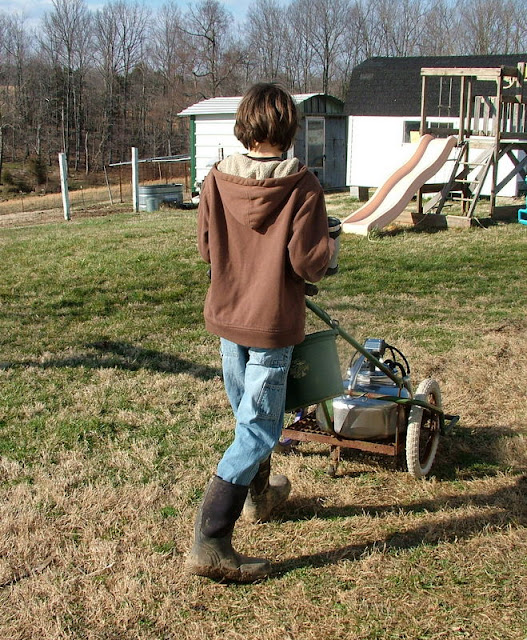 Sebastian, 11, has been doing the milking every day but Sundays for a year now.  He is responsible and has learned to pay attention to the cows and take note of little things with them.  He takes care of his equipment and has his routine, and although I would never say that he loves milking (in fact I know he rather dislikes the chore, as much as he may like the cows), he knows that we need him, that if it were not for him, we might not even keep a cow.  And I think that makes him feel good.  It sure makes me feel good...
Posted by Nadja