Story of a storm 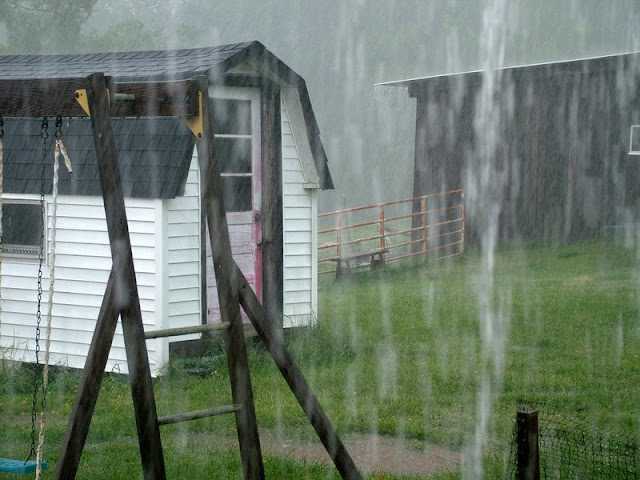 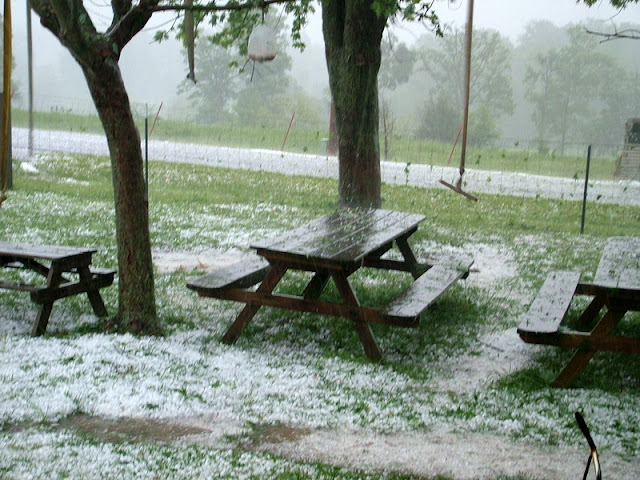 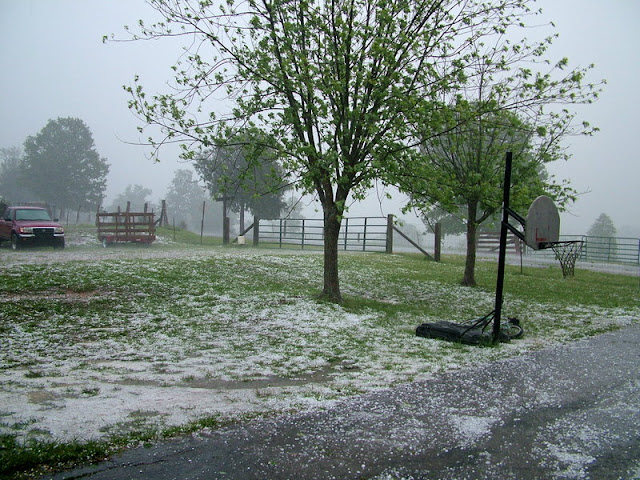 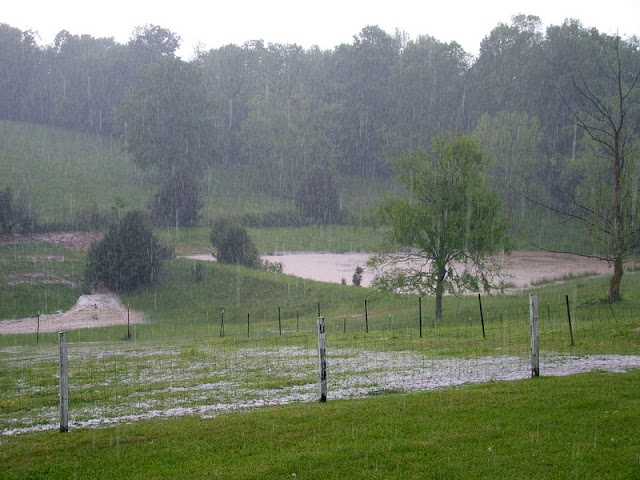 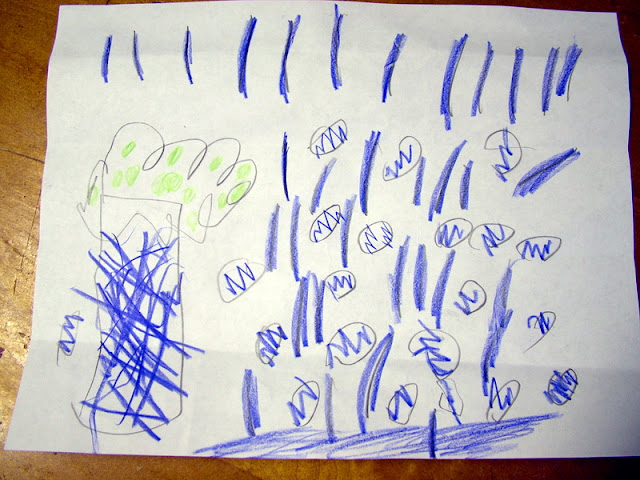 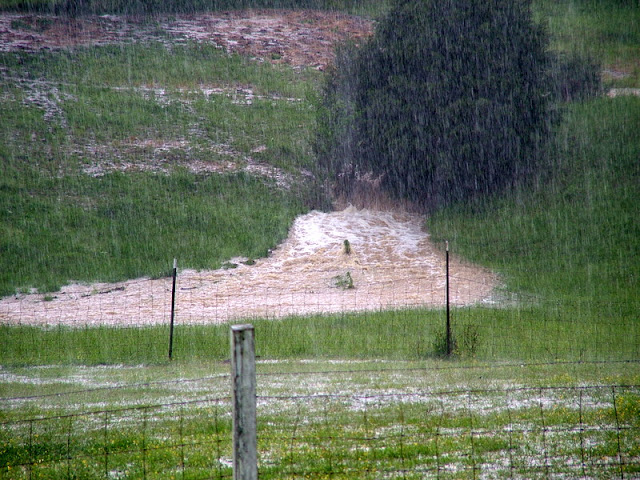 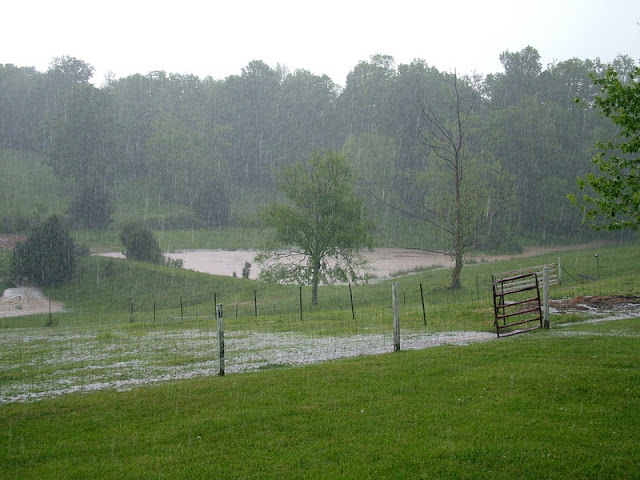 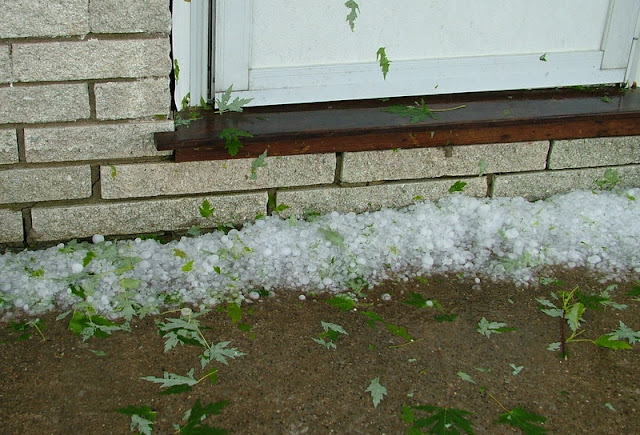 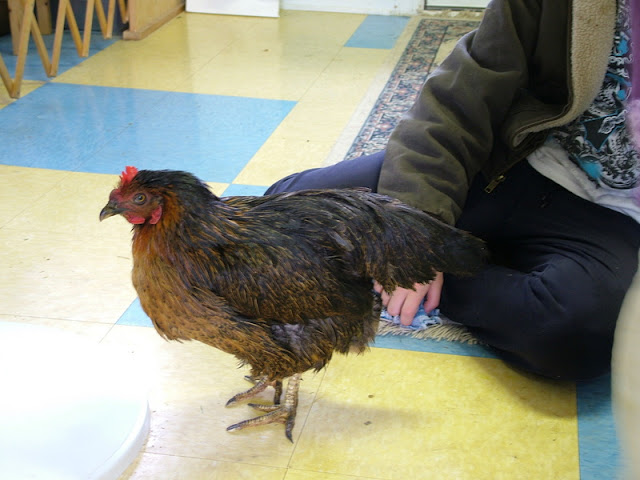 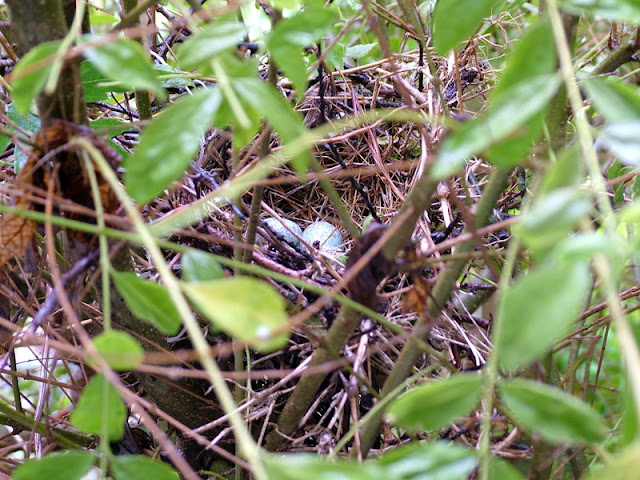 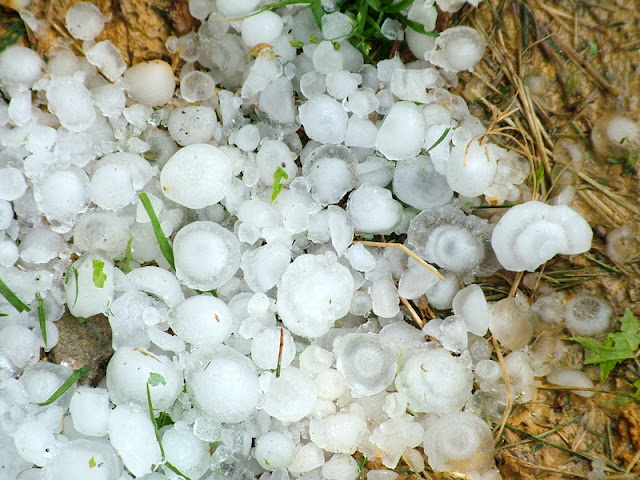 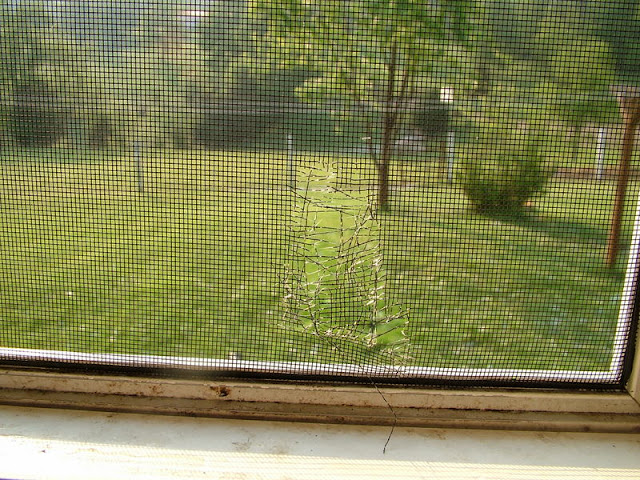 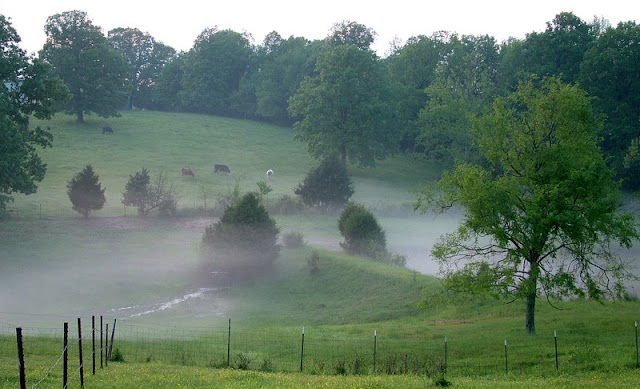 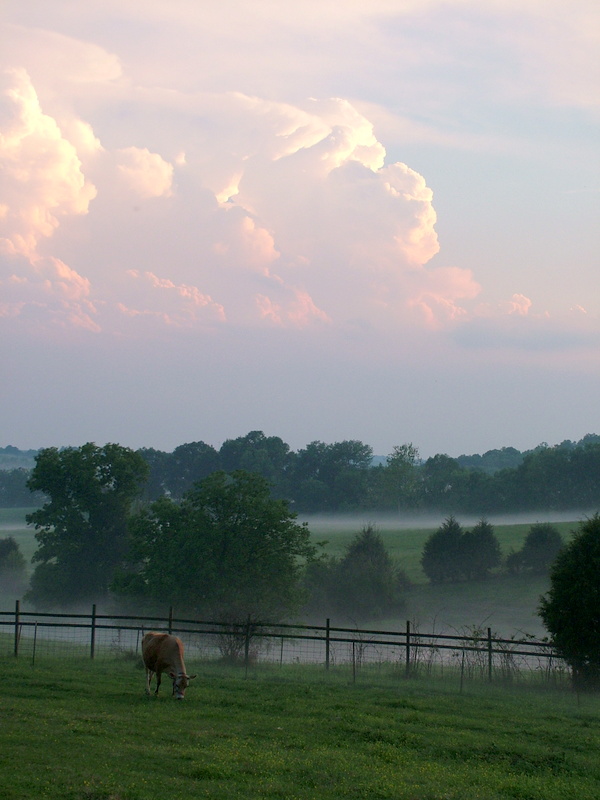 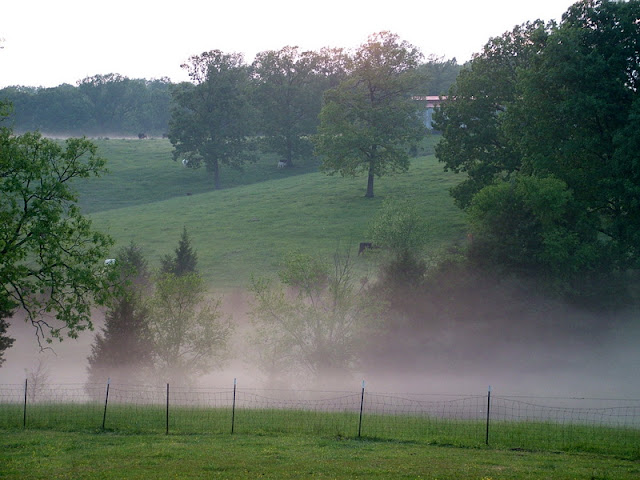 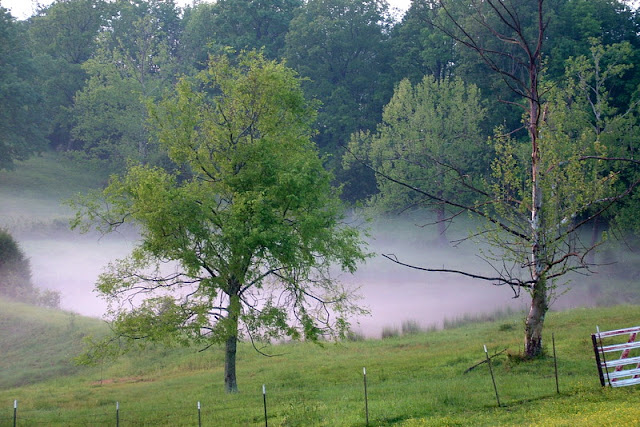 We had the worst storm I can recall since having moved here.  It began with a few ordinary flashes of lightening and rolls of thunder.  Then there came the hail, pea-sized at first, but within a minute it became at least quarter-sized.  It pelted the windows and pounded the trees, splashed in puddles and floated like chunks of Styrofoam.  It frightened the children, and made me somewhat nervous, too.

Dominic drew a picture of the hail.  It didn't do a fearful lot of damage here, although my heart goes out to those who suffered the devastation of their newly planted crops.  I suffered only the devastation of my herb seedlings (oh, my 36 little basil seedlings were so strong and hearty this morning!) and my tomato plants.  A hailstone ripped through the screen in the kitchen window, and one of our hens, the one with the limp, didn't make it to the coop and had to seek shelter where she could.  Una brought her in, very wet, and we gave her a bit of Irish oatmeal and dried her off.

There was a brave little mockingbird mother on a nest by our window during the storm.  When it passed, she left to find food, and the three little eggs were unharmed, to our great relief.  Some babies were not so lucky...the boys, splashing about in the soggy aftermath, found a couple of babies, unrelated, that had been tossed from their nests.  I don't know what will become of them; we have had poor luck with taking care of baby birds.

The rain stopped and Sebastian ran out to quickly do the milking.  And soon the sun broke out again.  And as it lowered in the sky, the mist began to gather over the ponds and in the low places, spreading out and up until it reached into our yard.

Adrian said he saw the first two fireflies this evening...