Better late than never posting this one.  The nice thing about this year's post is that my daughter, Una, was able to make a few gifts.  Some I failed to photograph and they were given outside of this household, alas.  She made two very lovely potholders, very much like these, of which I am the happy owner, for her aunt and Oma. 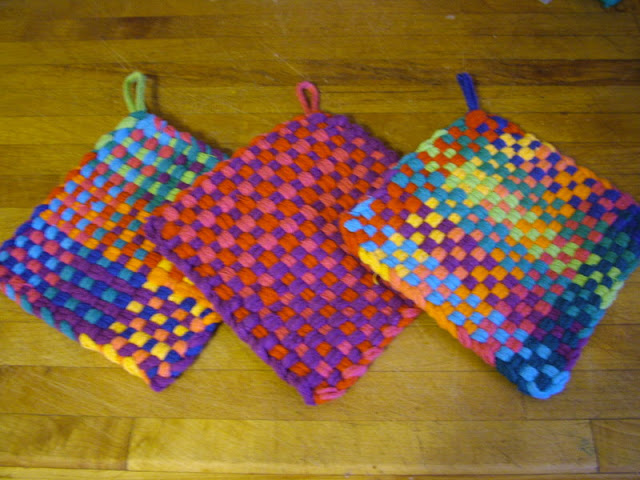 Una also made some Lord of the Rings and Narnia inspired costumes for her brothers, which she has posted on her blog.  They go well with the wooden swords Bret made the kids for Christmas.  Two lengths, as to accommodate the taller and the shorter members of our family.  He made some extras, which will be listed in our soon-to-be Etsy shop.  And there are shields as well, also to be made in two sizes. 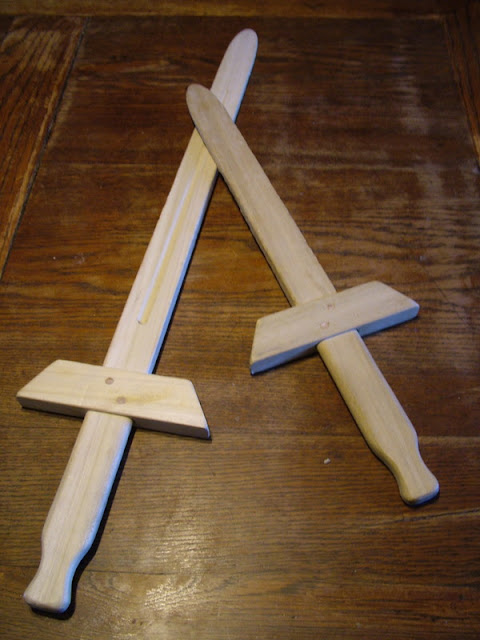 And Bret also made the table hockey game, which he gave to the kids on Epiphany. 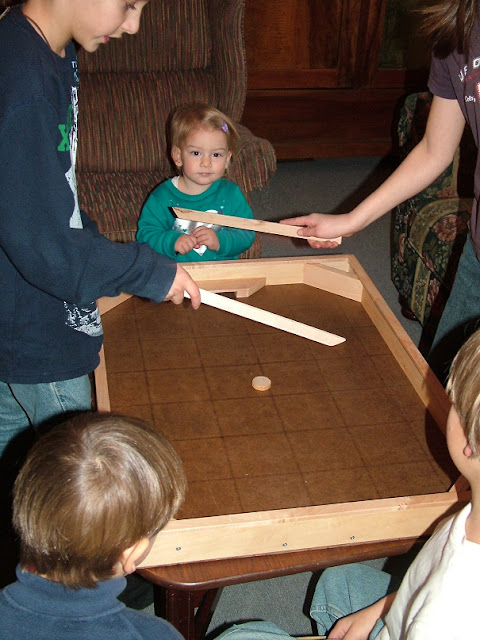 Una frequently suffers from neck and shoulder pain because of her fibromyalgia, so I made her a nice, long rice-filled heating pad with a fleece cover. 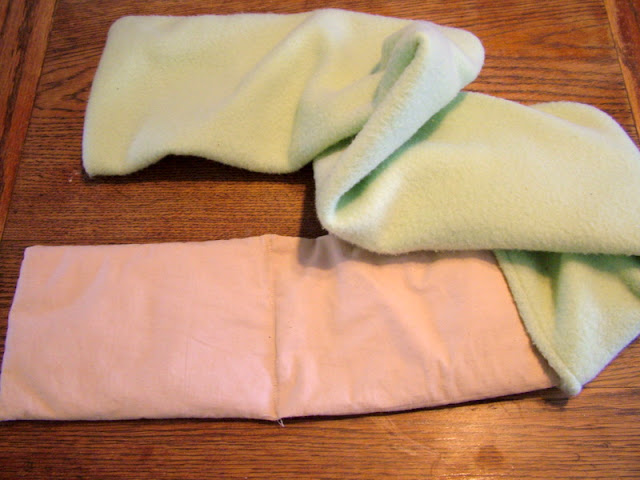 And I knit her this scarf with roses: 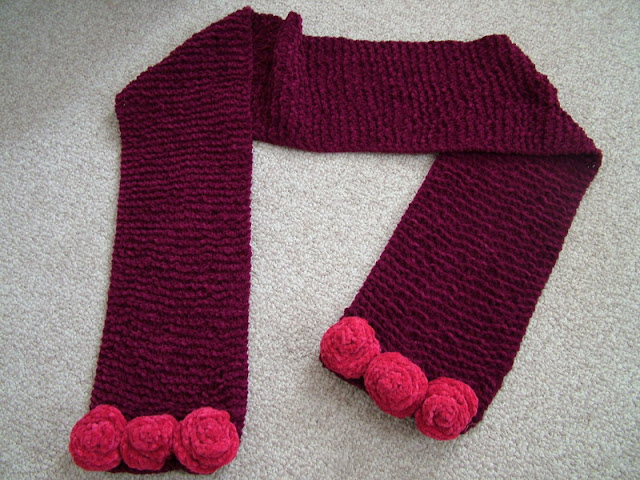 Gemma got the legwarmers, which I had knit ages ago: 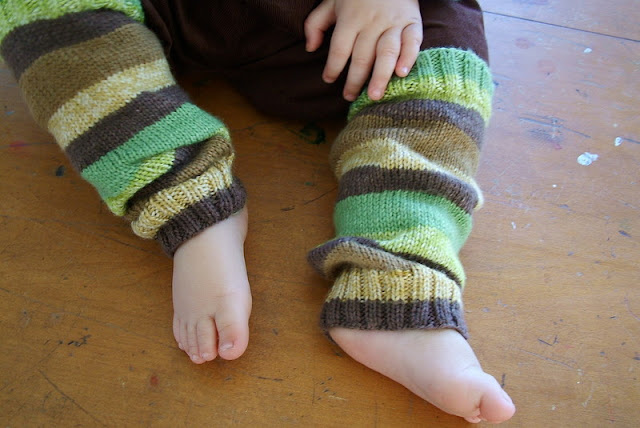 And there were the stockings, of course.  Those I made for my kids, 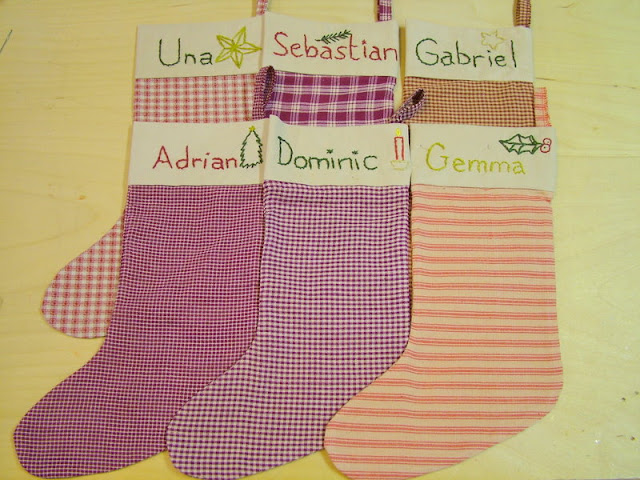 and those I made for the niece and nephews. 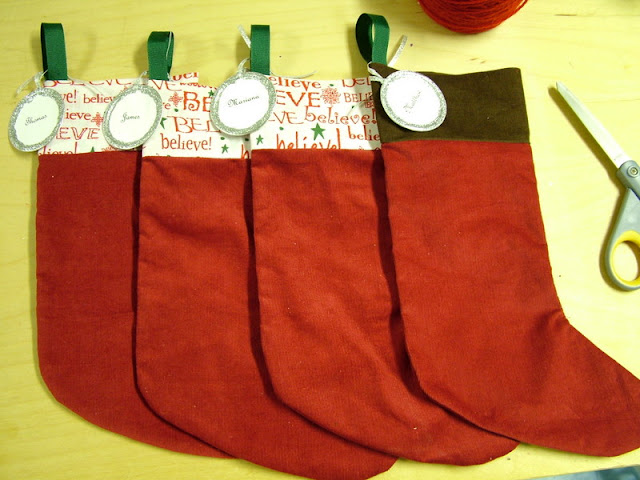 I had hoped to do a family of peg dolls for Gemma, but ran out of time.  Maybe it is for the best, as she is really too young for little toys that are easily lost.  Likewise, there were other projects I had hoped to complete and couldn't.  Thank goodness Christmas comes every year, and I will have another shot at it!
Posted by Nadja